Chinese New Year: Food from the North and the South

One of the festive food that most people in the West associate with the Chinese New Year is the Peking Dumpling.  Dumplings originated from the North of China, where the custom is to prepare the dumplings on New Year's eve, then start eating the dumplings at midnight on New Year's Day.


I also made some dumplings for New Year's Day, although we did not follow the northern tradition of eating them at midnight.  The dumpling is such a versatile food -- it can be fried, steamed, or boiled in soup. 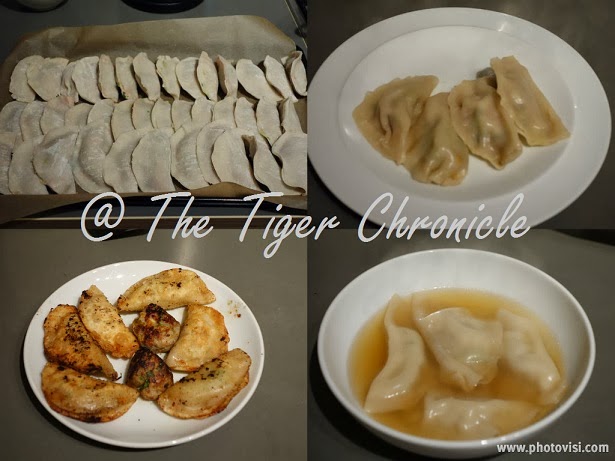 
The Chinese New Year food from the south is quite different.  The Southerners prefer to eat a type of sticky rice cake made from glutinous rice flour.  This cake is called the New Year Cake, or "nian gao" (年糕).  As with many festive foods eaten during Chinese New Year, the nian gao is important for its symbolism.  The word "nian" in the original meaning of the stickiness of the cake (粘) has the same sound as the word meaning year or the New Year's eve monster (年); the word "gao" which mean cake (糕) has the same sound as the word meaning tall or high (高).  Therefore, when used together, the word "nian gao" also signifies the wish for yearly growth -- in wealth, status, prestige, and children's development. 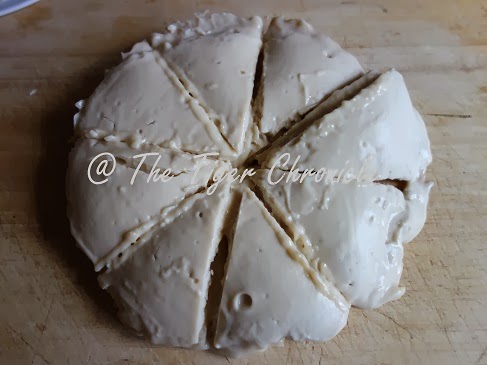 
Since we didn't stay up to eat the dumplings at midnight on Chinese New Year's Day, we spent New Year's Day (January 31st, 2014) eating the food above, as well as catching up with the annual Spring Festival gala, which is a countdown programme shown on New Year's eve.


It is a four-and-a-half hour variety show that many Chinese people watch together after having their Reunion Dinner, that leads up to midnight on New Year's Day.  The programme is entirely in Mandarin so my readers who do not speak Mandarin may not understand most of the programme, especially the skits.


However, the celebration and festive atmophere are not bound by lanugage and can be enjoyed by all.  I have highlighted a few gems (songs and dance performances) from the programme that are not to be missed:

We also had a good laugh watching the langauge lessons from Happy Chinese.  Episodes two and three depicts the Chinese New Year, which is very relevant to us at the moment: