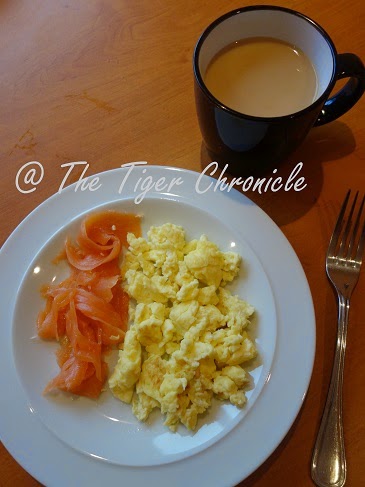 After two weeks of complete rest, and a wonderful New Year's Day breakfast, I thought everyone would be as eager as I was to get back to work.  Apparently not.

Monday was a flop.  I tried to get our routine back in order and was met with a mutiny whereby I was told that it was very unreasonable to start lessons on the first Monday of the first week in a new year.  With such a start, the rest of that day was pretty much a gonner.   I was furious, to be it mildly, but there was very little I could do to force the issue, without causing a permanent damage to our relationship, so I directed my excess energy at tidying up the living room and Tiger's bedroom instead. Well, at least something positive (clean rooms) came out of a negative situation! 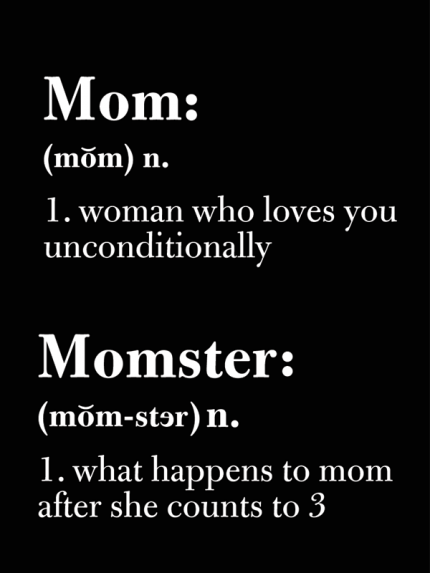 Tuesday was not any better, for a different reason.  Tiger was (more) ready to start work but our boiler broke down that day, which meant we had neither hot water nor central heating.  It was one of those timely experiences (since we are studying the Victorians) that we would rather not have, especially when outside looked like this: 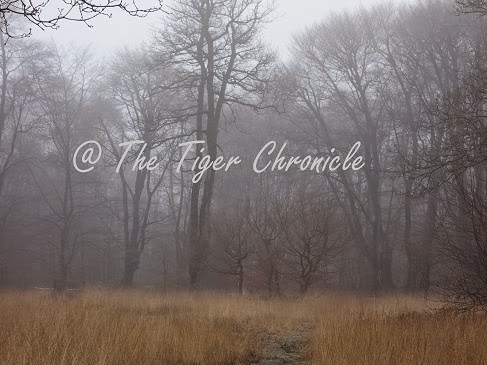 The plumber was only available the following day.  With the temperature inside the house being not much higher than outside, and feeling rather ridiculous walking around the house in three or four layers of clothes to keep ourselves warm (just like the Victorians), we decided we might as well be outside. 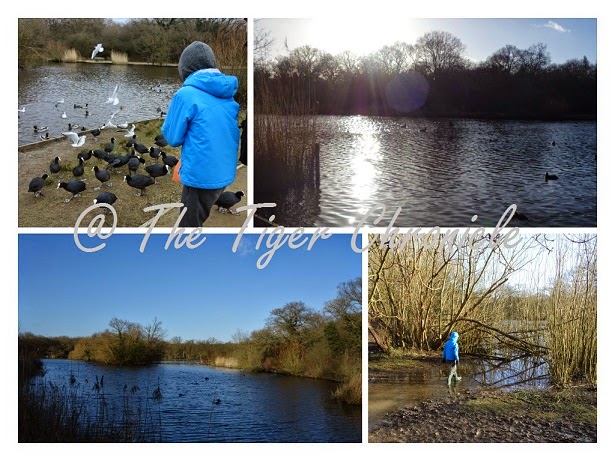 The rest of the week (or what was left of it) was spent mostly outdoors, observing nature.  It was my way of easing ourselves back to a full workload -- hopefully, that means next week -- and to get reconnected back to ourselves and with nature. 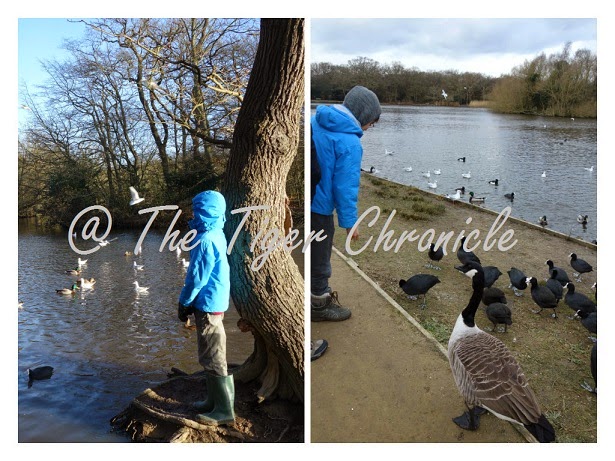 Nature study was sorely lacking last term because I thought we would concentrate on other aspects of science.  I did not think that we would miss it too much, but all of us felt less grounded for not being in nature enough in the past few months.  This year I want to be more intentional about making more time for nature study.

With that in mind, as well as being influenced by a book that I have been reading, I introduced Tiger to the idea of keeping a Calendar of Firsts, which is a list of things that we record as we observe them for the first time in nature.  The idea is that, after a consistent practice of doing this over a number of years, the child would begin to develop an awareness for, or start to identify, certain patterns in nature.  In the middle of this page is a clear example of a Calendar of  Firsts.  Ours are less fancy -- we used the simple slim week-to-view diary that can be bought from anywhere that sells stationery. 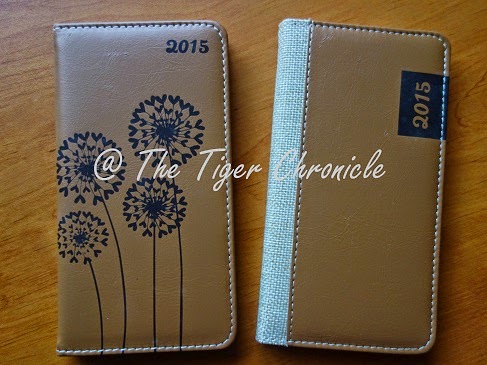 Our process for this is very similar to that of keeping a nature journal:
Step 1: take a walk or look out of the window; 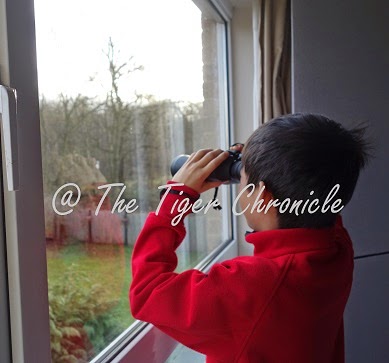 Step 2: identify on the spot the plants and animals that are familiar to us; 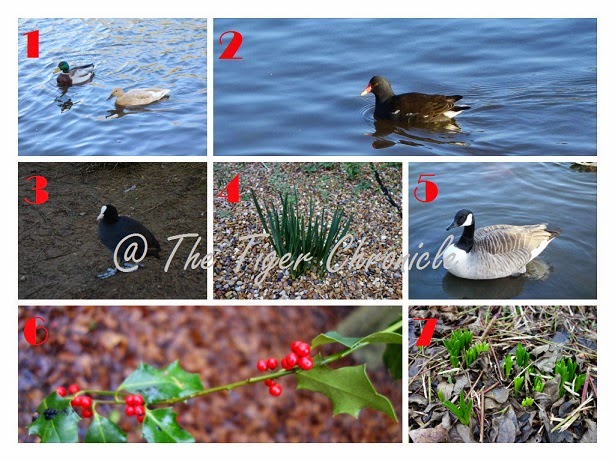 Step 3: take photographs of those that we don't know of;


Step 4: identify them at home using guide books or the RSPB bird identifier; 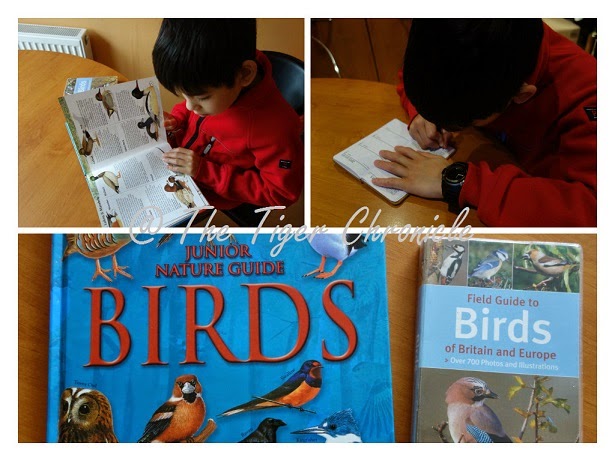 Step 5: put an entry in the Calendar of Firsts. 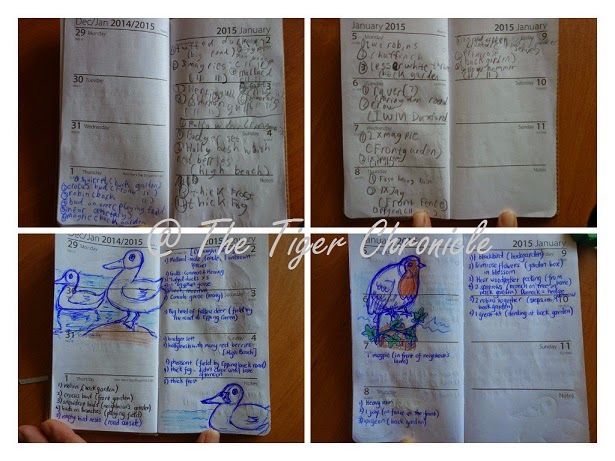 It started off as a simple list, and the photos above show our record for the past nine days (since January 1st).  Tiger's list and my list are slightly different since our rule is to only record things that we have actually seen/heard by ourselves rather than listing down what someone else has seen.  For example, Tiger saw a Yellowhammer out of his bedroom window this morning, but I did not, so it is on his list and not on mine.


Our lists look very full because it is the beginning of the year, and we are listing everything we see or hear for the first time this year.  I expect our list to thin out as the weeks go by, but it is still amazing to note how much wildlife there are around us, if we actually take notice:

Once we completed our list for each two-page spread, I thought our pages would look prettier with drawings on.  For each spread, I let Tiger choose which animal or plant from the list to draw.  He choose ducks and robin.  Not wanting to turn this into a full-blown nature journaling exercise, we decided to keep our drawing time to under 10 minutes each, by following along the video:

While I drew my pictures in the spaces in my Calendar of Firsts, Tiger drew his in a separate sketchbook: 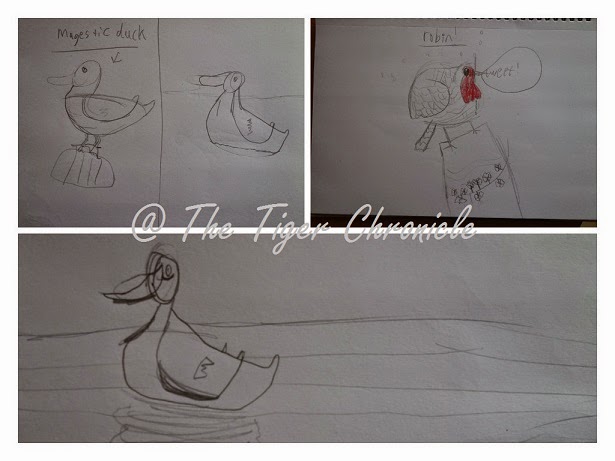 To each his own is the name of the game, especially around here.