What did we do in-between Christmas and New Year?  We went to... (surprise, surprise!) the IWM London!  Only because it's the kind of place we would go when we don't know what to do with ourselves. 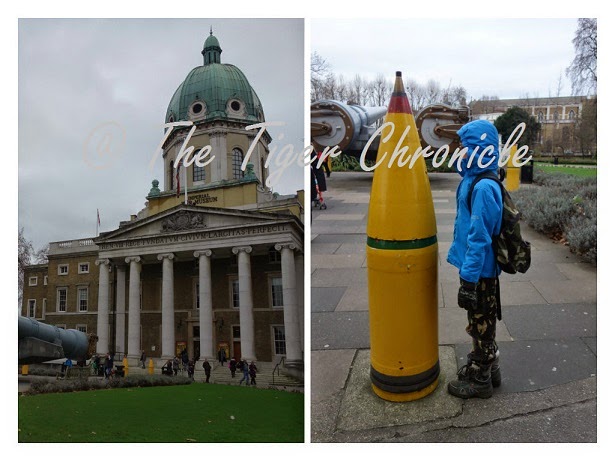 The IWM was reopened last summer to coincide with the First World War Centenary but for whatever reason we have not been there until now.  I must admit that we were not too impressed with the immeidate exhibits at the first instance, only because we have been to places choked full of military exhibits.  However, we went back two more times (that's right, we clocked three visits to the IWM London in the space of two weeks) and were increasingly impressed with the layout as well as the content of the museum, especially the newly opened First World War galleries, which has a long queue outside everytime we were there. 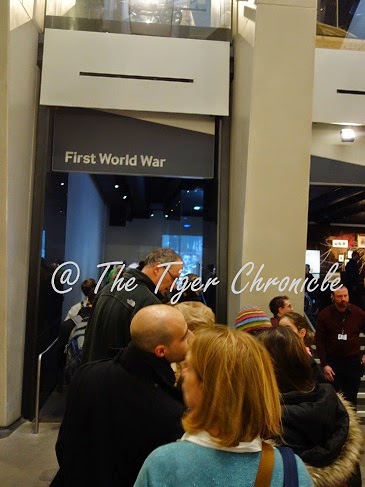 There is so much to see that we will definitely have to go back for more!  While we were there, we visited the Horrible Histories: Spies temporary exhibition before it closed. 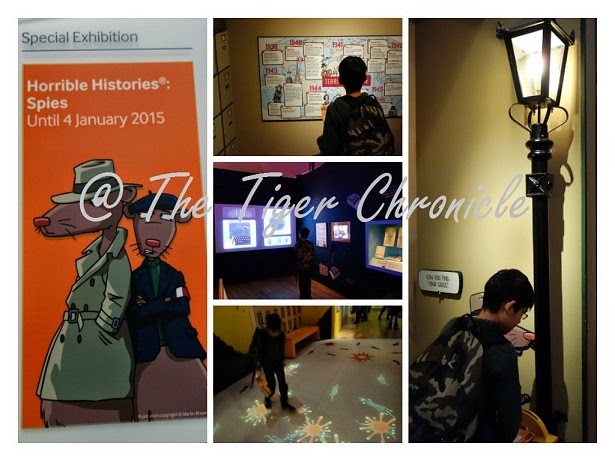 My overall impression of this particular exhibition is that it was very entertaining.  The curator obviously tried to present a realistic view of the life of spies in WWII, with all its glory (e.g. the secret weapons) and gore (that spies had to kill innocent people in the process of completing their missions) while not losing the draw for young children.

There have been some controversies around the related series of books lately with regards to them being a cause of children's trivialised view of English history.  While I have let Tiger read all of the Horrible Histories books, we did it with the understanding that:
I probably would not rely on this series as the sole source of history for Tiger, in the same way that I would not dream of teaching history based on the Blackadder series even though I think the people behind the series are exceptionally clever to be able to pull the comedy off.

Besides running to the south of London three times, we spent the last two weeks of 2014 not doing anything that is remotely academic.  It was  a time for all of us to take a complete rest and to do whatever we fancied.  During that period, Tiger spent a lot of time drawing mostly military vehicles, especially fighter jets and dogfight scenes.  He has been sketching from aircraft photos from his library of books and stills from dogfight documentaries. 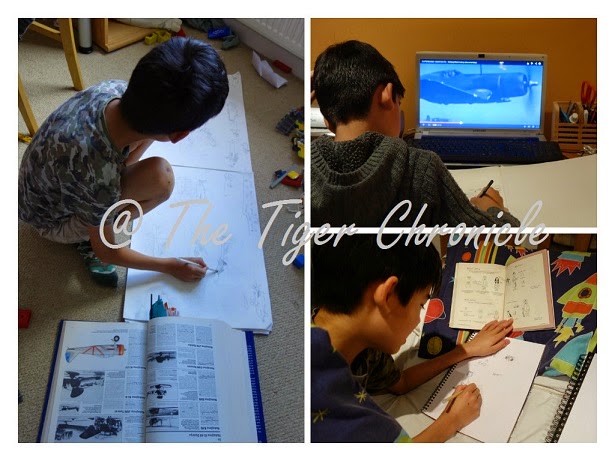 In his usual autodidatic way, Tiger has been very focused on teaching himself to draw the subjects that interest him.  In my plan for this year, I have hoped to focus on developing our drawing skills but Tiger has told me decidedly that he is not interested to draw still life, the subject that is often covered in beginners' drawing courses, so I have not pushed the matter too hard, except to provide him with the necessary drawing materials and reference books when he asked for them. 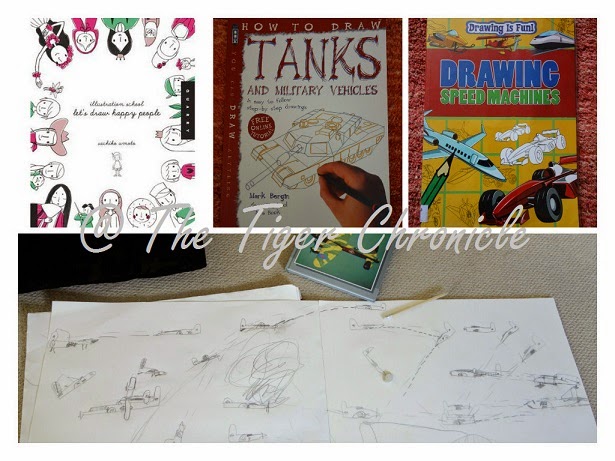 Learning in this way, he has since filled out two A2 sketch books (30 pages each) with his numerous drawings and his very recent drawings show much improvement from those in the first pages of his first sketch book.

His latest interest lies in drawing people and faces so I got hold of this little book in which the illustrator's style is very similar to Tiger's early attempts at drawing people.  He has been doing some of the exercises in the book each night before bed with much enthusiasm. 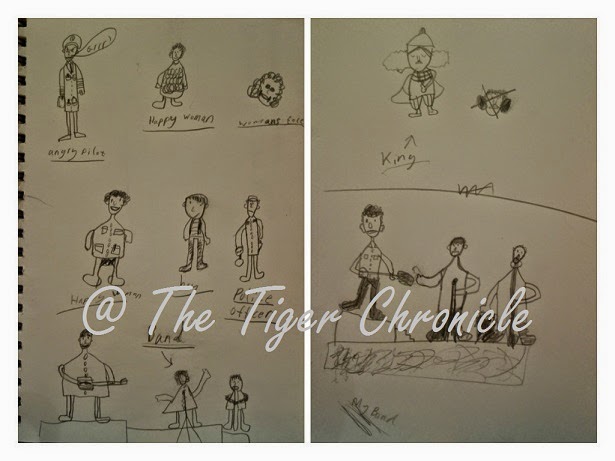 I noted a few things while observing how Tiger goes about teaching himself to draw:

This child clearly shows signs of knowing how to learn.