During our visit to the Tower of London, we saw a reenactor dressed up as a medieval priest who gave us an overview of the history of the Tower as a royal palace, a prison, and a fortress.  A full-sized replica trebuchet was on site to demonstrate the power of this medieval siedge weapon.  It took five adults to launch the trebuchet. 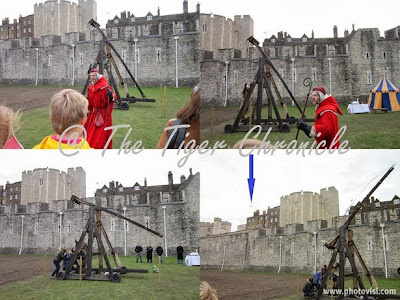 The trebuchet is of special interest because the weapon has been traced back to being first used by Edward I during his siege of Stirling Castle.

While Tiger and I discussed about medieval siege weapons, I was given a quick education by Tiger of the differences between a trebuchet and a mangonel.  If your knowledge of medieval weaponry is like mine, i.e. that you think all catapulting machines work in the same way, you will benefit (as I have) from watching the two clips below:


We learn much about the trebuchet from the following clip:

Why do we want to know so much about the trebuchet?  The main reason is that Tiger is passionate about everything that has to do with warfares and weaponry, historical and otherwise.  After hours of listening and watching experts talk about this medieval war machine, we decided it was time to build one ourselves. 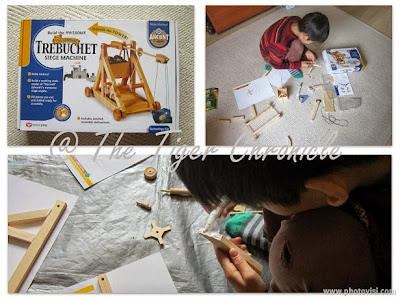 It took us a few days to put the trebuchet together... 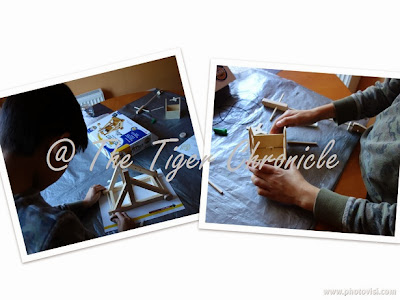 and when it was fully assembled, all of us thought it looked beautiful! 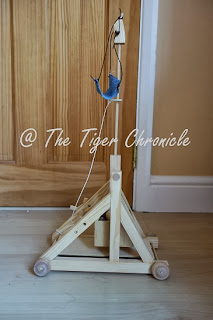 Naturally, we had to test whether it to see how good it is. 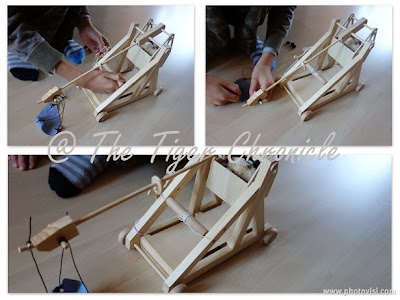 Unfortunately, our first few attempts at launching the trebuchet didn't go too smoothly.


The projectile either didn't go in an arc path, or was trapped in the launch net, or was launched backwards (gasp!).  It was slightly frustrating to have to work out what went wrong.  Not wanting to give up now, after we had spent so much time putting the model together, we pressed on with more tweaking, taking into consideration the following factors that might affect the success of our launch:

It's very exciting when it finally worked!

Tiger spent the rest of the day trying to break the record for the longest distance the projectile would go.  So far, his record is at 17 feet. 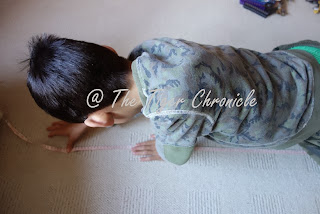 When we heard that Warwick Castle has the world's largest working trebuchet, we had to go and see it at work!


Check out the size of these real, medieval trebuchet balls made of solid stone! 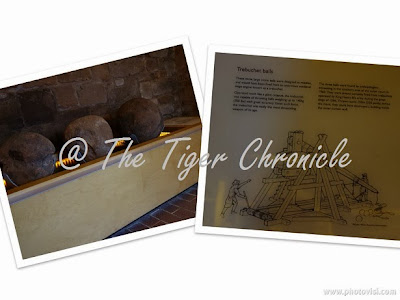