Most times, when we start on a topic of study, we find it very diffcult to draw a line under it and to move on to something else.  I mean, when does one decide that he/she has learnt enough to move on to the next topic?  I thought this week we would do a little bit of introduction to fractions then move to the next topic, but we ended up spending the entire week on it as we found more things to learn in fractions, e.g. applying the four operations to fractions, and converting between mixed numbers and improper fractions.

How did we end up doing more and more without intending to?  Well, it all came about because I thought it would be a good idea to have a little review of the basics:


That was all I wanted to do.  However, the last question in the clip above: Estimate 7/8 + 12/13 led Tiger to find out about conversions, which I explained using on a few pieces of paper.  Not very sophicated, I know, but the most basic tools are sometimes the most effective. 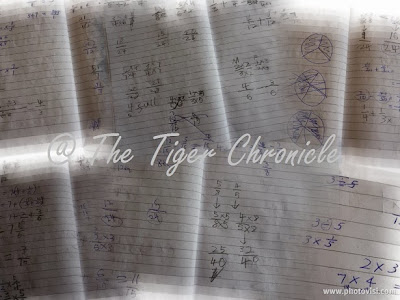 Once he has understood my explanations, Tiger wanted to try out some activities to test his own knowledge so I let him test himself here, but not before he has looked through the revision section and the activity section. 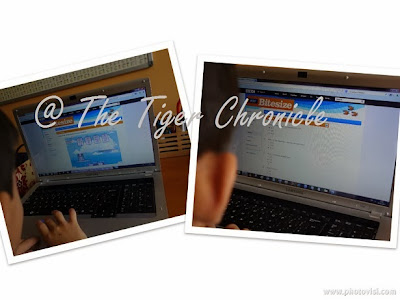