Tiger has been studying Mandarin Chinese now with very slow progress.  We have been using the same level one book for three years and he still hasn't completed it.  Gasp!!!  The slow progress is due to a combination of a lack of exposure as well as my insistence upon him knowing how to write the Chinese characters fluently (a similar process to the English dictation) before moving on to the next lesson.  Tiger progress steadily conversationally but I don't consider him to be literate in this language until he can write it fluently. 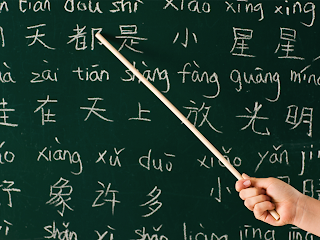 The Chinese language is very different from the the English language in terms of sounds, characters, and sentence structures.  I imagine the difficult Tiger is facing is the same as if I were to try to learn the Russian language while residing in Botswana.  It just doesn't seem so relevant to him.

There are many examples of adults of European and African origins who have successfully mastered the Chinese language, so we will not be giving up on learning the language any time soon.  It may take Tiger twelve years to get to the equivalent of a primary school level in Chinese, so be it.  I would be worried about his progress if we were living in China where exposure to the language is in abundance but I realise that we are living in an area in England where we hardly see another Chinese person.  So far, I have been able to prevent Tiger from abandoning the language totally by going at his pace.   The last thing I want is for him to develop a distaste for the language because he is learning it in an environment with very little readily available, real-life exposure to the language and its usage.

To improve Tiger's reading ability, I have him read one basic reader (simliar to the English learn-to-read type books) to me each day. 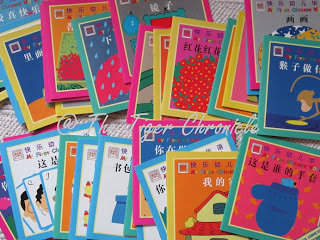 As Tiger has been using these same books for several years, he is able to read them quite fluently.  Hence, I have raised the bar slightly by having him translate each page to me as he reads.  This is to ensure that he understands the content of what he reads, rather than merely reading from memory or parroting the phonetic pinyin sounds.

In addition to conitnuing our lessons at home, Tiger is doing a 15-minute daily practice of the HSK Level 1 Mandarin.  I have also found a weekly children's Mandarin class near us which Tiger will start attending in September.