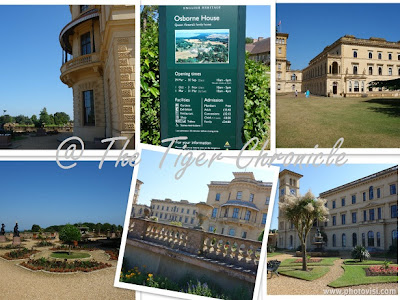 While Queen Elizabeth II and her family spends much of their summer at Balmoral Castle these days, Queen Victoria and her family used to spend quite a bit of their summer at Osborne House.  The size of the house is quite grand but the interior is quite sparse (when compared to the grandeur to the likes of the Rothschilds' house, Waddesdon Manor).  As Queen Vic used to sometimes receive foreign guests at Osborne, you can still see evidence of some the royal receptions in the state rooms.  Being "The Empress of India" for a time during her reign, it is no wonder to see much evidence of India in the paintings and some of the decorations of the house.  The most impressive room is one that is modeled after a palace in Rajasthan.

Osborne House was mostly used as a family holiday home for Queen Victoria.  There is a room dedicated to the family tree of Queen Vic and I find it fascinating to learn that all the European monarchies, since then up until now, are in one way or another inter-related through marriages.


There is a Swiss Cottage, which is similar to a children's play house, in the grounds of the garden.  The difference is that this children's summer house is the size of a modern house these days.  When I read a sign board in the house that states that the cottage was built to be used 'for the children's education', I started to fantasise about how lovely it would be if I had an entire building dedicated to homeschooling Tiger... 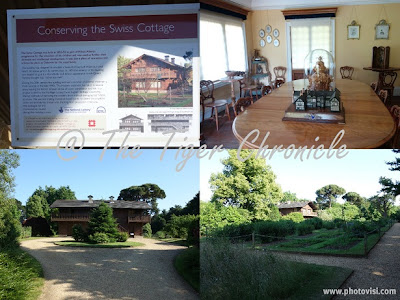 What's more, the children even had a garden plot the size of a small orchard to grow their own fruits, vegetables, and flowers. 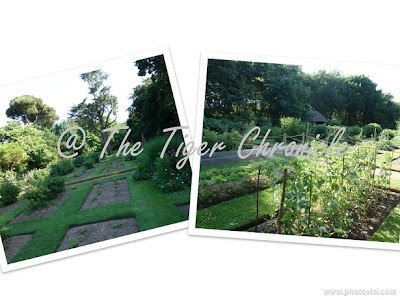 Further along in the grounds, not far from the cottage, we stumble upon a child-sized barracks fully equipped model fort, child-sized real guns (cannons), guardroom, drawbridge magazine, etc.  They were set up for the children to play battle games.  I think of how most children these days, if they are lucky enough to not be poor, have to contend with playing with plastic model soliders for a battle game.  The fort and guns I saw before me just seemed unreal. 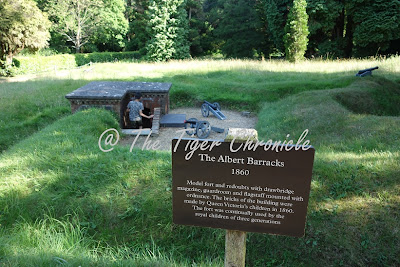 There is a private beach at the end of a long coastal path from the garden, which can be seen from the house. 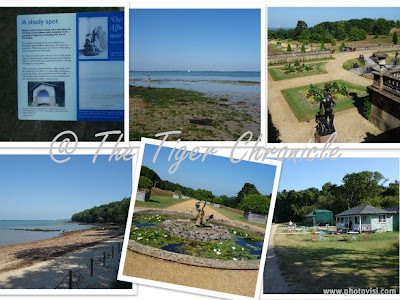 The most interesting item on the beach is Queen Victoria's bathing machine. 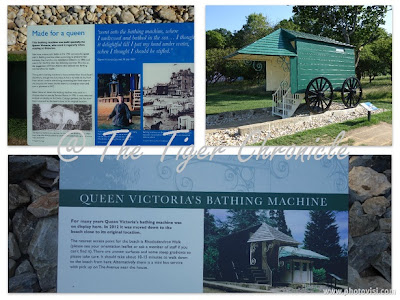 It looks like a modified carriage on rails that was winched into the sea so that the queen could enter the water after changing into her bathing costume.  There was obviously a different set of modesty standards back then with regards to how a lady should dress while swimming at sea so women in Victorian days used to swim in the sea fully clothed, much like strict Islamic women these days.


Queen Victoria spent her last days at Osborne House and passed away there.  After she died, her body was transported back to the mainland in the Alberta Deckhouse, which was also kept on the grounds. 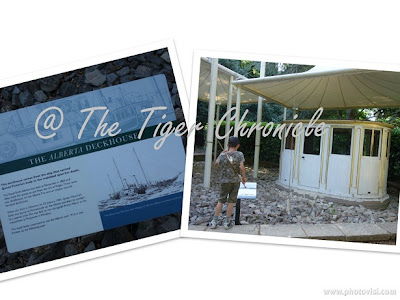