We have been taking quite a few walks in the past two weeks. 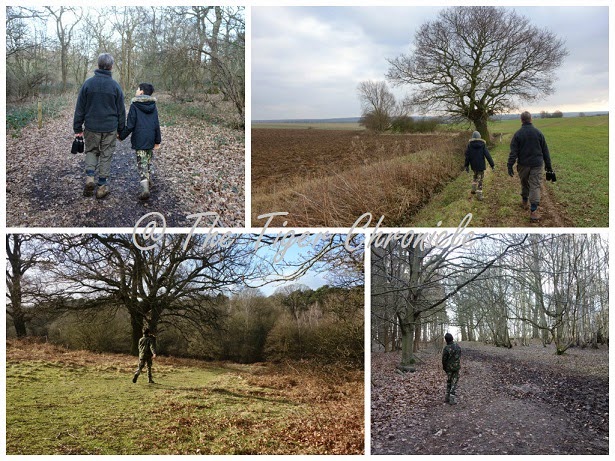 Of the many things we have seen in nature, none was more exciting than the ringed-neck parakeet. 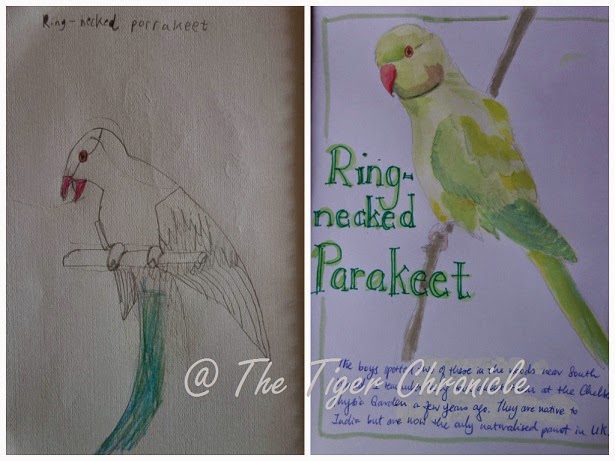 The boys were out in the woods when they heard an unfamiliar bird call that caused them to look to the direction of the call. 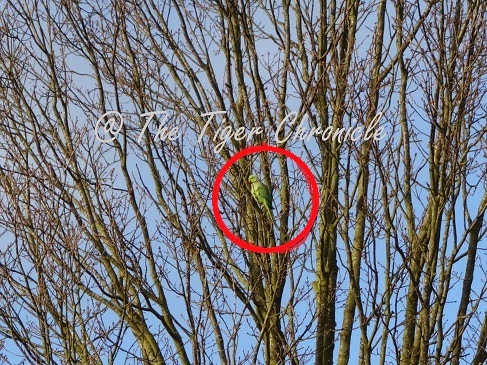 This little beauty (originally from India) was difficult to spot, so here's a close up: 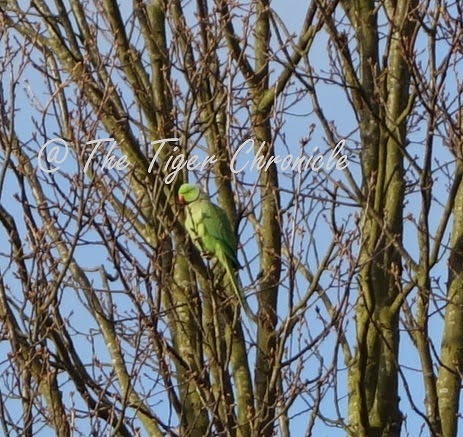 We also spotted a squirrel's drey.  It is more than likely to belong to a grey squirrel (native of America) because we do not have red squirrels where we are. 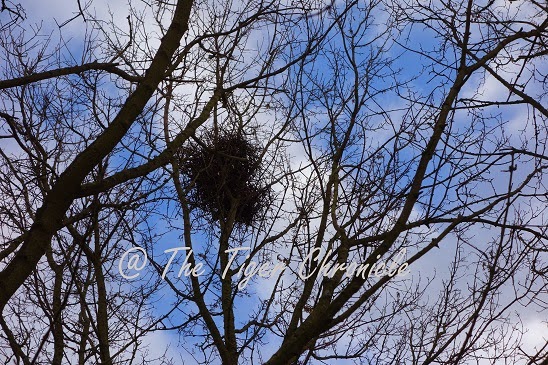 As we walked further along on one of our walks, we saw evidence of a lot of deer activity. 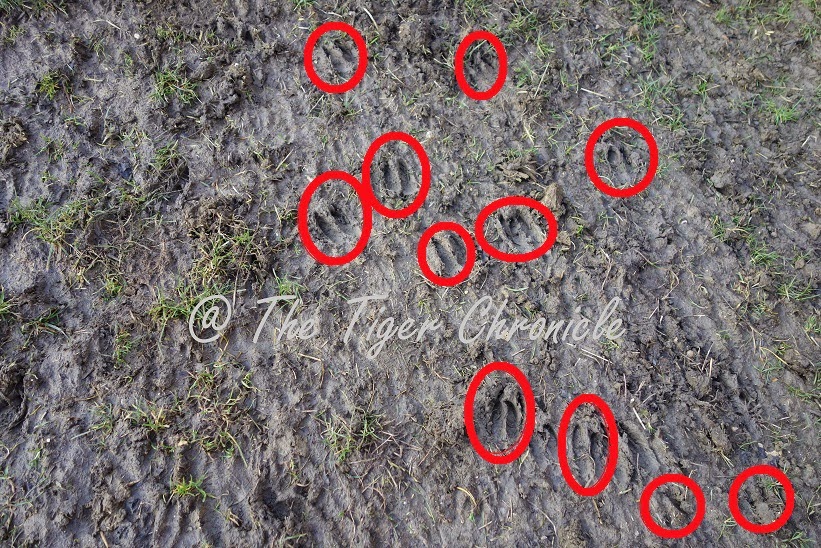 There were a few different types of deer tracks, some bigger than others. 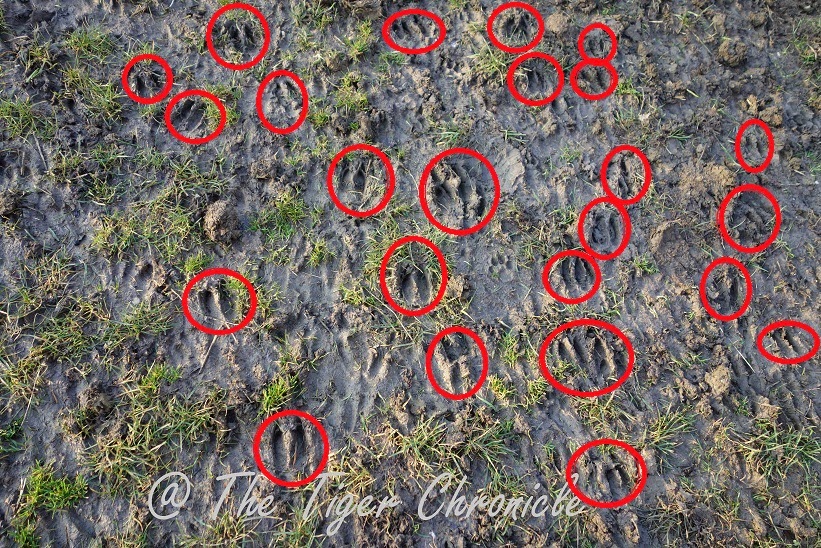 We have half an idea which deer the different tracks belong to, but we want to be sure so we consulted this very useful deer guide which points to three types of deer:
We have seen the fallow deer and the roe deer in groups in the fields around here, but the muntjac deer is much more elusive and is therefore a very rare sight.  Its presence was confirmed by the droppings I found nearby, according to the Muntjac Field Guide. 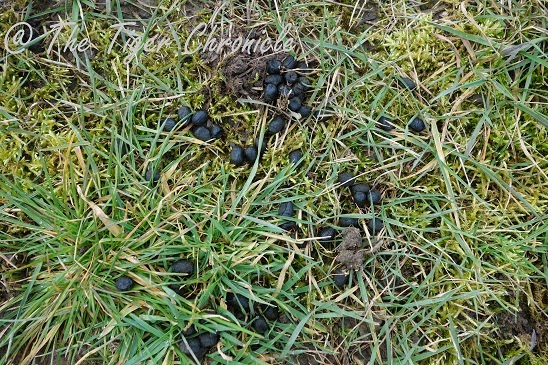 At first we thought they were rabbit droppings, but upon reflection (I doubt many people reflect upon animals droppings, but there we are), we noticed a few distinctive features about this patch of droppings:

That's probably more information about animal droppings that most people care to know, so let's move on to the next set of evidence to deer presence: 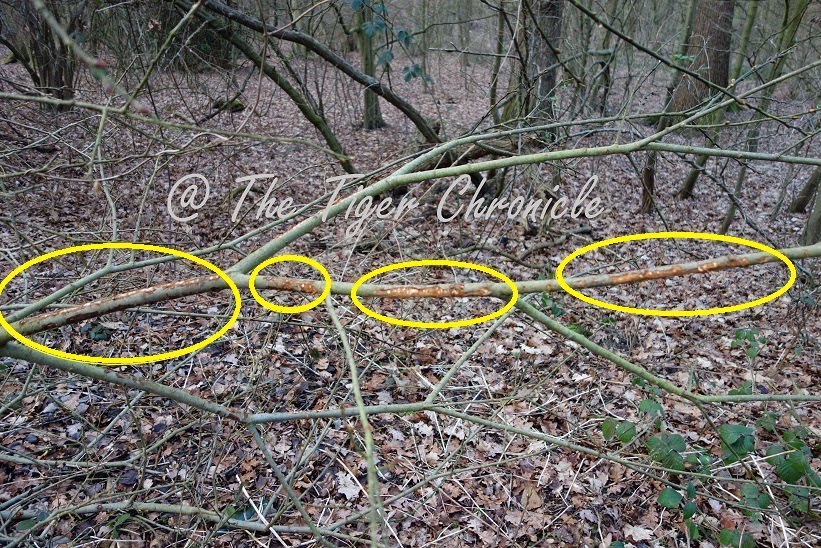 See those parts of the branch circled in yellow in the photo above?  Those are evidence of deer gnawing on the branches for food.  The branch was about adult waist height and the type of marks on the branches are that of animal gnawing on them.  Deer usually eat fruit and berries, but they'll sometimes have to make do with barks in winter when food is scarce. 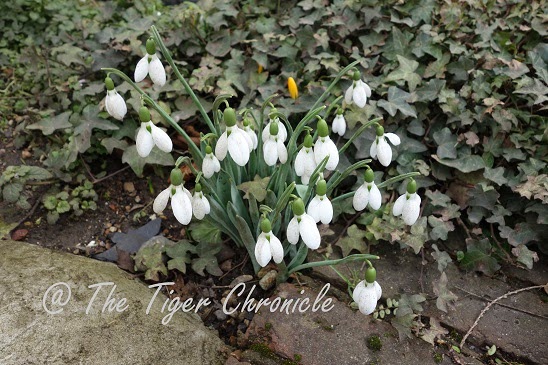 The first bunch of them was spotted in a neighbour's front garden, but a few days later we saw carpets of them deep in the woods. 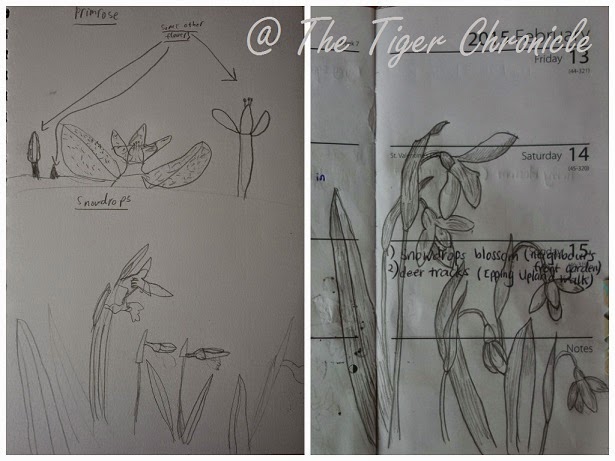 I also spotted a lone hare (native to Britain) in one of the fields very early on a cold, misty morning.  It seemed slightly lost and wasn't displaying any of its usual 'mad March hare' behaviour.


So far, out of the seven things we have spotted, five of them are non-native.  To add injury to the insult, the most unusual creature that we saw (even rarer than the ringed-neck parakeet) was the red-legged partridge (native of Continental Europe).  That brings the native-to-non-native ratio to 2:8, or 25%. 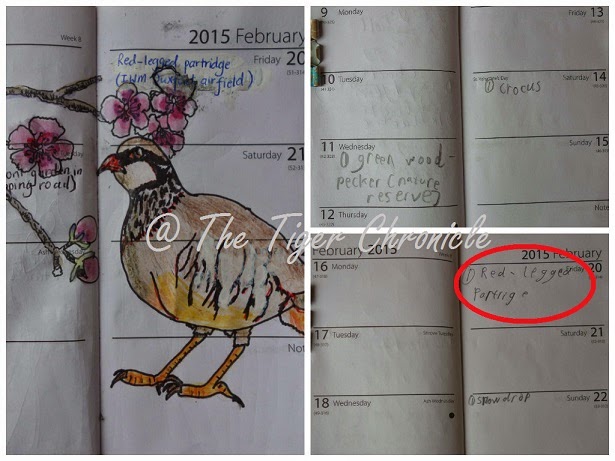 And I bet you would not be able to guess where we spotted this rare bird: on an airfield!  It certainly pays to keep our eyes open at all times! 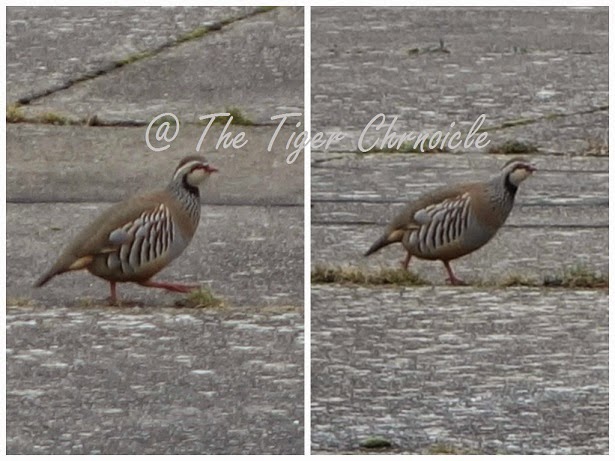 When we first spotted it, we were not sure what bird it was.  As it was quite a distance from us, we had thought it was a female pheasant.  When we came home and zoomed in on the photos, we first thought it was a grouse, because of its body shape.  However, the page on the RSPB site tells us that it is not a grouse, so we looked into our next possibility, the partridge, and with the help of the RSPB pages, we determined that it is the red-legged partridge, with it distinctive plummage and white chin.