Year of the Goat

Last Thursday was Chinese New Year's day.  With everything that went on during last week's half-term, I very nearly forgot all about it because there was no hint of it at all where I live.  Luckily, I have written it down on the calendar.  Even more luckily, I looked at the calendar on Wednesday morning and realised that it was Chinese New Year's eve, which means that I ought to prepare a dinner that is more sumptuous than usual to honour the tradition of the reunion dinner, even though it was just the three of us having dinner together that night.

A last-minute panic grocery shopping trip ensued, followed by three hours in the kitchen.  The result turned out acceptable: 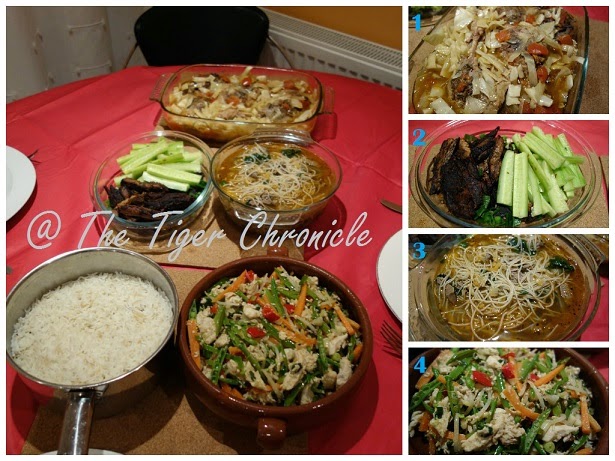 The dishes we had for this year's reunion dinner are (with a few adjustments made for our dietary requirements):

The next day, Tiger and I spent the day celebrating Chinese New Year in our own way.  First, we went to the Museum of London Docklands where Tiger listened to a few Chinese myths told by a very engaging English woman. 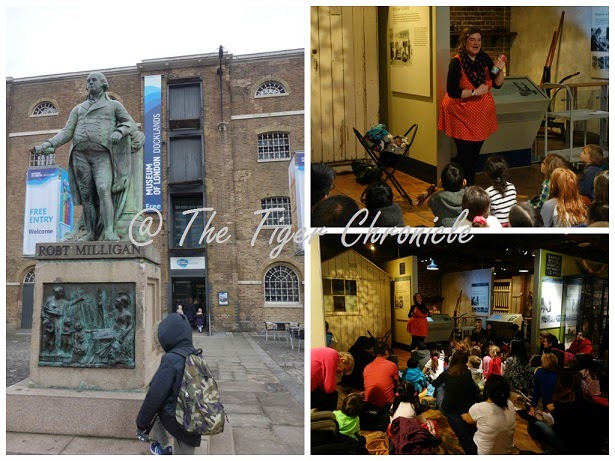 I always find it slightly weird listening to traditional Chinese myths told by a non-Chinese.  Often, despite the best intentions, subtleties and forms of expression are lost in translation and there is certainly no denying the fact that a mind brought up on the Western traditions thinks very different from one brought up on Eastern traditions.  The experience would be as authentic as having a Chinese person tell the story of Beowulf.  Nevertheless, I am still very grateful to be able to find such opportunities for Tiger to be exposed to one-half of his culture, and for me to feel a sense of connection back to my own culture. 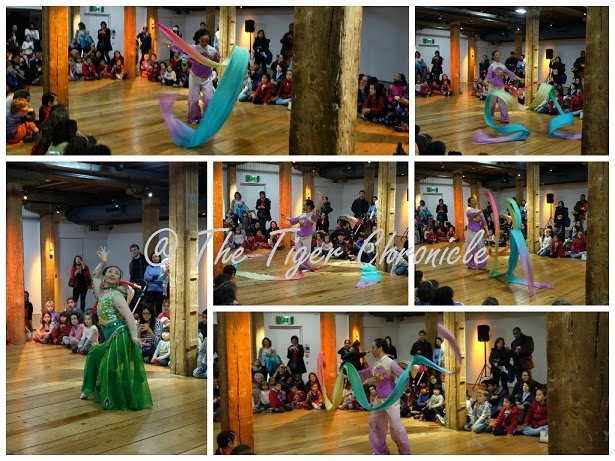 The first was a peacock dance, a minority ethnic (傣族) dance:


the second was a ribbon dance, which is a traditional dance of the majority Han (汉族) ethinic group:


Tiger also made a red packet while we were at the museum: 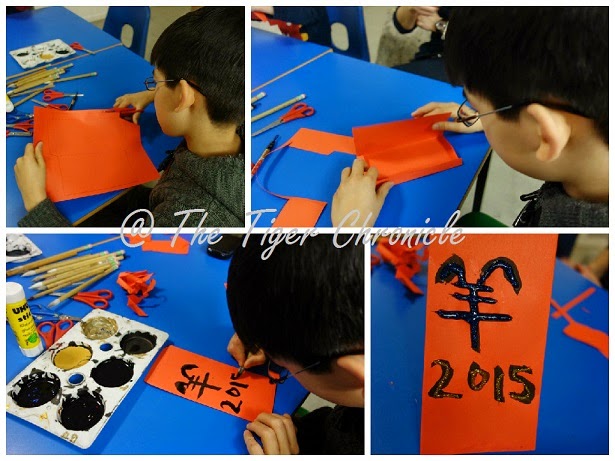 After that, we headed to the sensible place to be on Chinese New Year's Day: Chinatown! 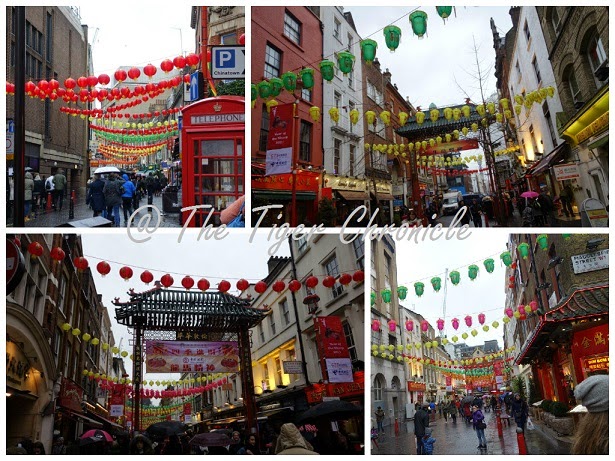 As it was raining, we ducked into one of the restaurants and had a delicious meal of not-quite-traditional Chinese food.  We had the nian gao (年糕) in a fusion, "newly improved" form, and our main meal was the Nasi Lemak, which is a popular Malay rice dish found in parts of Southeast Asia.  Even though we did not have the full traditional Chinese meal, we were very  happy to tuck into what was in front of us. 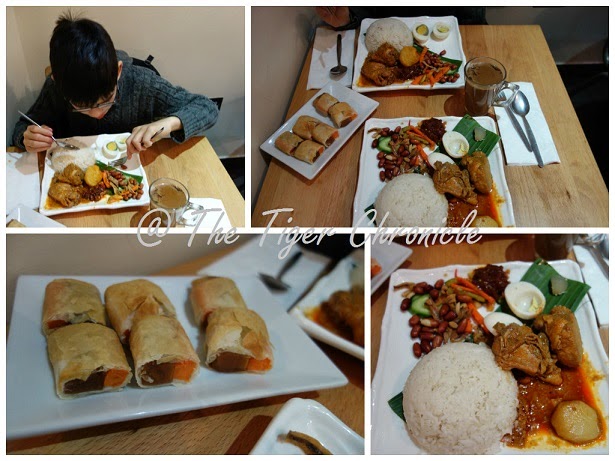 Finally, I am sorry to say that, due to my poor organisational skills this year, we did not manage to make even one Chinese New Year card to send to our Chinese relations.  It is really bad manners, and would have been perceived equally badly as not sending Christmas cards to our English relations.  Mercifully, our Chinese relations have been very forgiving and accepting of our appalling lack of social graces.

We have since made up for my lack of logistical coordination by drawing something related to this year's theme: 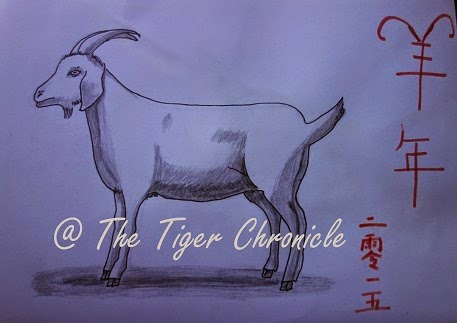 by following the instructions from the clip below:


As always, Tiger has his own idea of what he wants to include in his drawing.  It is not quite what I have in mind as a substitute for the Chinese New Year card (with a fighter jet flying over the goat and a massive explosion positioned strategically behind the goat's bottom), but at least he has the goat in there. 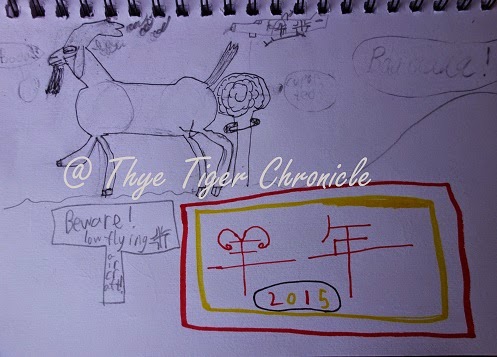 Chinese New Year is traditionally celebrated for 15 days, so we still have about a week to enjoy the festivity.