I have been quiet on the blogging side lately but life has been very busy with activities.  This past week we have all been down with a horrible cold so I am using this down time to organise my records, photos and to provide some much-needed updates here.

Before the weather (and our health) went horribly wrong, we were spending most of our time outside.  I was especially looking forward to having summery meals in the garden.

As a result of some home improvement projects, we have quite a few big cardboard boxes laying around.  Instead of putting them straight into the recycling bin, the boys made a cardboard house which kept Tiger entertained for many happy hours.  Watching Tiger use his imagination with the cardboard house (the house has been a pillbox, a manor house, an air-raid shelter, an army barrack, a nuclear bunker, and even a sulking room at different times) reminds me of the story in a pre-reading book that I had used with him when he was little.  It still amazes me how much enjoyment my son derives from playing with the simplest items. 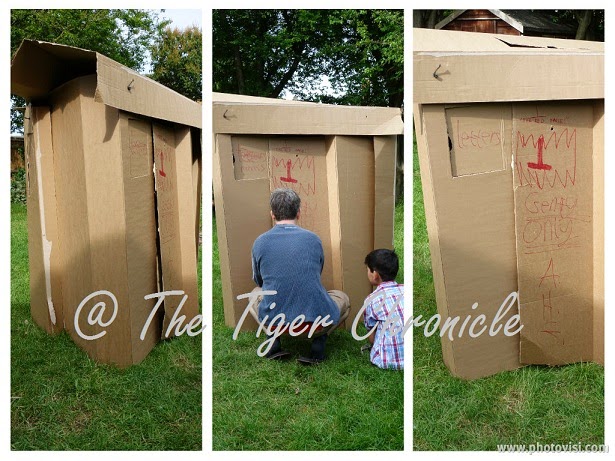 His childhood so far has been filled with simple pleasures like this.  Can you spot him reading a book about mythology while eating a bowl of pomengranate seeds in his reading hut? 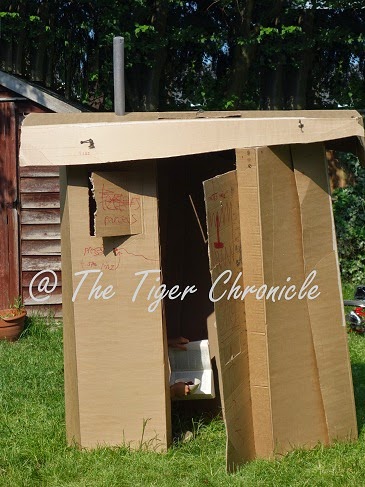 Tiger's childhood so far has been uncomplicated, perhaps even unsophisticated by some measures, but he is noticeably happy, motivated, and contented within himself most of the time so the lack of 21st century sophistication doesn't bother us.  For example, he still plays with bubbles... 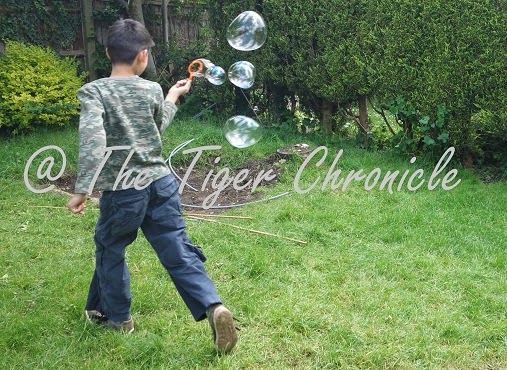 and draws with chalk on the patio. 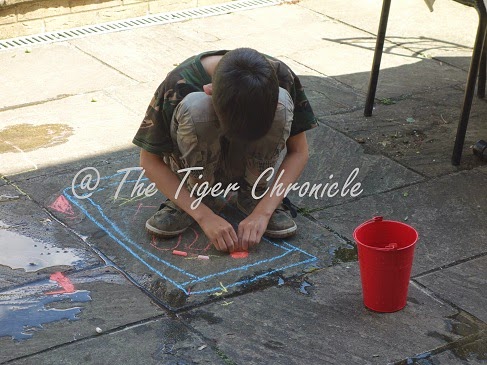 When Tiger got together with the other homeschooled children (there were about 12 of them on that day, mixed ages from 6 to 14), they had good fun playing in and out of an old pine tree.  No props, no prompts, no instructions from adults.  The children just got on with it and made up their own games spontaneously.  Later, Tiger told me that they had been in and out of a 'secret world', the entrance of which lies in a certain opening among the branches of the pine tree.  The adventures the children had inside the world of the pine branches sound no less exciting than the world of Narnia through the wardrobe! 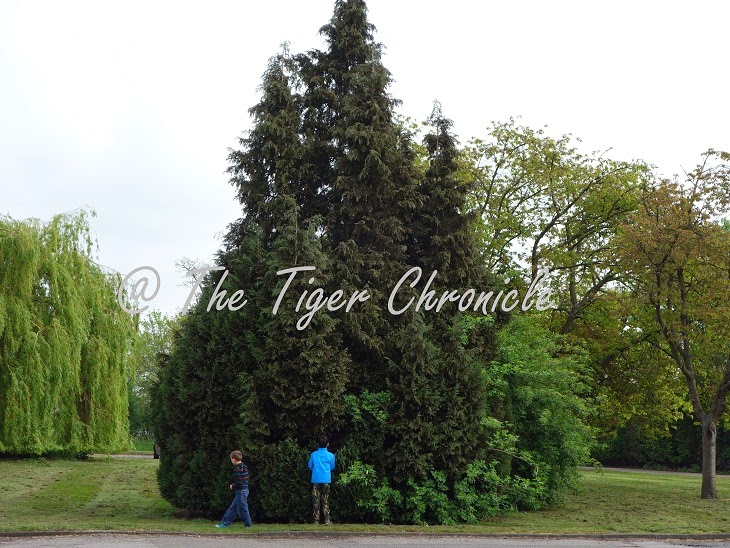 I am still very unwell so another week has gone by without much academics being accomplished.  I hope to get up and running very soon because feeling woozy all day is not fun.

Email ThisBlogThis!Share to TwitterShare to FacebookShare to Pinterest
Labels: ideas