Chemistry is one of those subjects that conjures up the image of a mad scientist playing with wonderfully coloured potions, aided by much fire, smoke, and explosions.  Well, at least that was what I had thought of the subject as a child!  In my school days (that was a very long time ago), we were not allowed to learn chemistry in school until 15 years old, and only to prepare for the O-level exam.  I waited in excited anticipation to start studying my dream subject only to drop it promptly after two lessons when my then-chemistry teacher insisted upon having us memorise the entire periodic table which she would then test us on our memorisation skills in the third lesson before we were deemed "good enough" to conduct any chemistry experiment!  That killed my interest for the subject on the spot.

Tiger's experience with chemistry has, thankfully, been very different.  We approach it in as much a hands-on way as possible.  At this stage, I seek to maintain a healthy level of interest and a sense of curiosity in Tiger rather than to require him to memorise information.  There may come a time when he needs to memorise the periodic table, but not just yet.

In the past six weeks we have been busy following the Kitchen Chemistry course offered by FutureLearn.  Lucinda has written an informative piece about their experience with the same course so I won't repeat the information but I will share some highlights of our experiments from the course.

One of the early experiments to demonstrate rising hot air called for a special kind of teabag that I couldn't find from the supermarkets but we carried on with the experiment using our normal teabag.  Alas, it didn't work.


Next, we explored the concepts of states of matter via physical and chemical changes.  I shall expand more upon the candle experiment (see Lucinda's post for more details on this topic) in a later post.  What I will show you is the standard bicarbonate soda reacting with vinegar video, which is a stanard 'erupting volcano' experiment that many children are familiar with.  One can't go wrong with this experiment!


In the third week we learnt about solubility.  The standard oil-in-water experiment was part of that week's set of experiments. 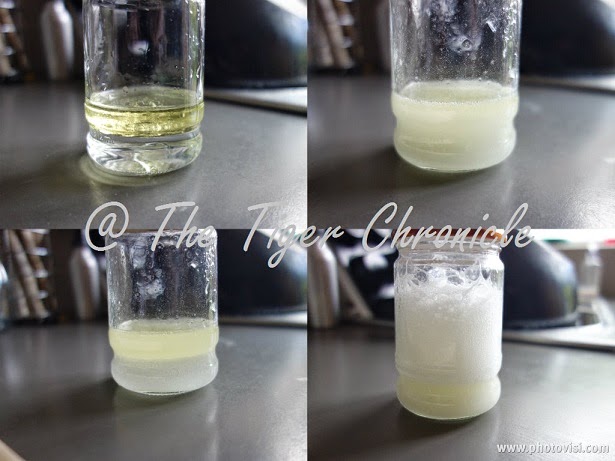 We found the experiment to separate soluble substances to be particularly interesting, no less because we got to play with the iodine solution, which has become a rare item in the UK since 2009 due to an EU 'recommendation'. 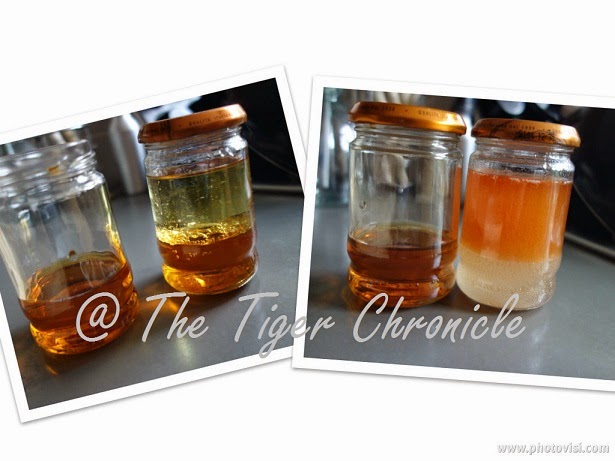 What's facinating in the above experiment is that iodine actually dissolves better in oil, as shown in the righthand-side photo.  If you look closely at the video clip below, you can see the liquids separating:


Tiger then became curious about the density of water versus that of oil, so he dropped a few drops of water using the pipette into the mixture and saw how the water droplets travelled through the oil-and-iodine mixture (at the top) to the water (at the bottom). 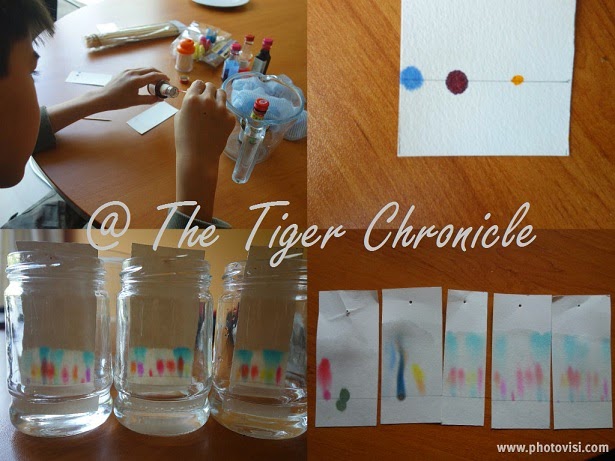 Out of all the items we tested, the most visible change in colour came from the washing soda (sodium carbonate), which is an alkali and therefore turned the red cabbage indicator from light red into a dark green colour almost immediately.


As we boiled a whole red cabbage, we had a large quantity of red cabbage indicator at our disposal so we continued with the acid/alkali experiment using milk of magnesia (an alkali) and vinegar (an acid) to play around with the different levels of pH. 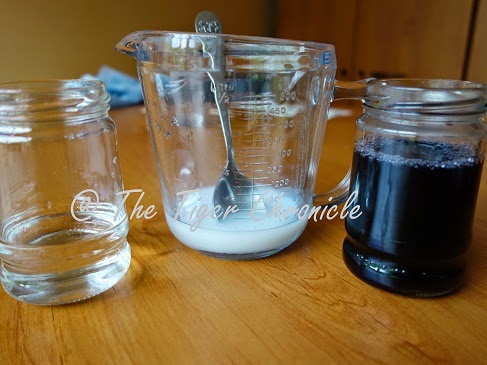 When the indicator was added to the milk of magnesia, the solution turned green, indicating its alkalinity.


When vinegar was added to the solution, the solution turned pink, indicating its acidity.


We also used iodine to test for starch (cornflour mixture). 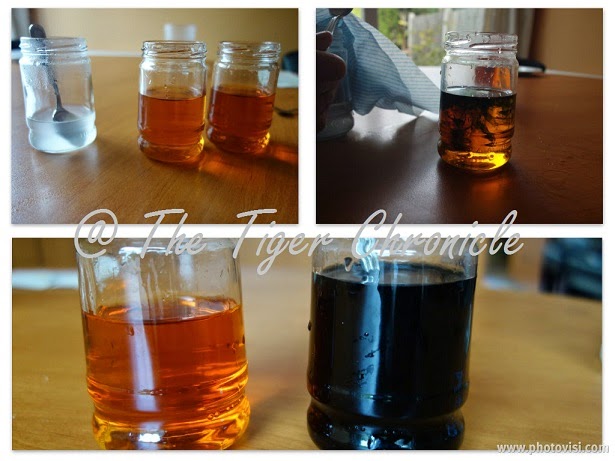 Using two iodine solutions (one bottle is the control), we added the starch solution to one of them.  The change in colour was immediate, indicating a presence of starch.


The course has given us a reason to take an interest in chemistry again so we will be spending a few more weeks exploring it.