Following our recent interest in chemistry, lectures and workshops related to chemistry suddenly seem very relevant so we signed up for a whole bunch of them.

The first workshop was a short one devoted to explaining the states of matter to upper elementary-grade children.  The workshop leader explained about the differences between a physical and a chemical change and whether the reactions involved are reversible. 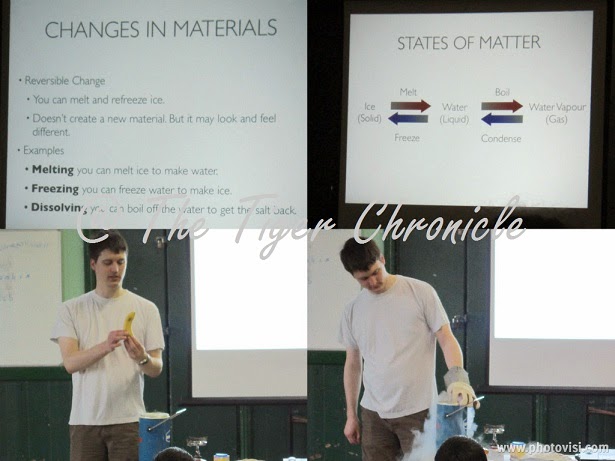 There were a few demonstrations on how different states occur but the coolest one was when he froze a fresh banana rock solid using liquid nitrogen.  At the end of the workshop, he poured what was left of the liquid nitrogen out onto the floor, which promptly turned into gas.


We also attended a number of chemistry-related lectures at The Royal Institution. 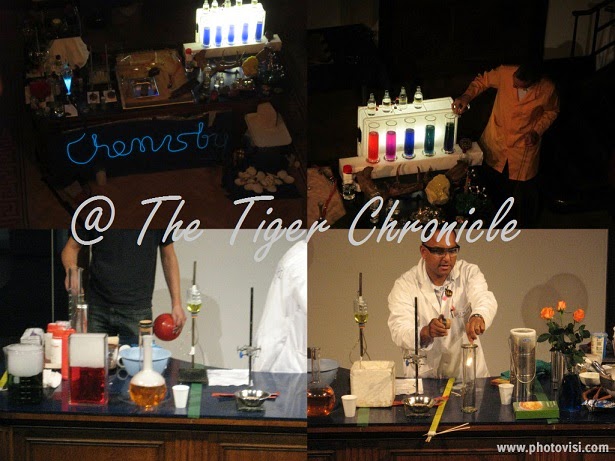 Lectures at the RI are always very accessible and interesting.  Of course, it helps when the demonstrations involve loud noises and explosive visuals. 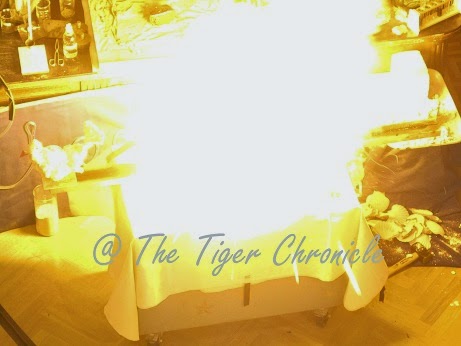 The content of one of the lectures that we attended is very similar to the one shown below:


We also decided that, instead of just watching other people having fun with the experiments, we ought to try some safe-to-do-at-home ones ourselves by consulting the following books: 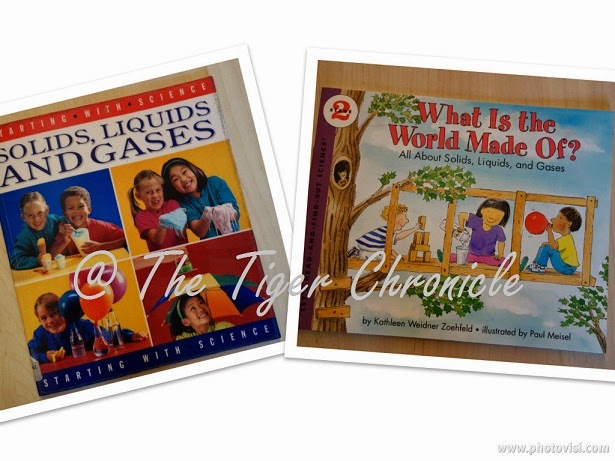 We made some sugar crystals by suspending a piece of cotton rope into a glass of water saturated with dissolved sugar for 24 hours; 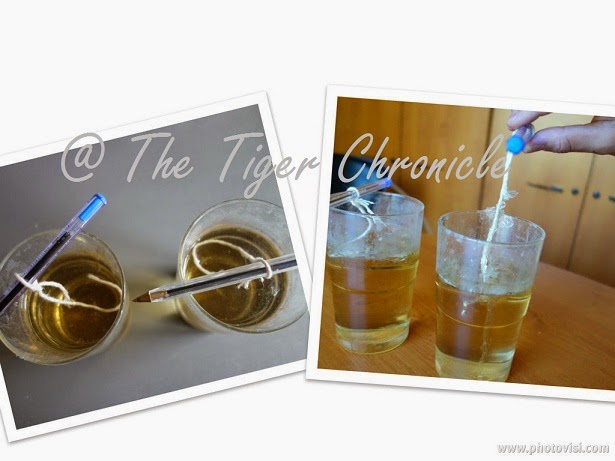 Tiger marveled at the work of air pressure to hold the thin piece of card up under the weight of water in the jar; 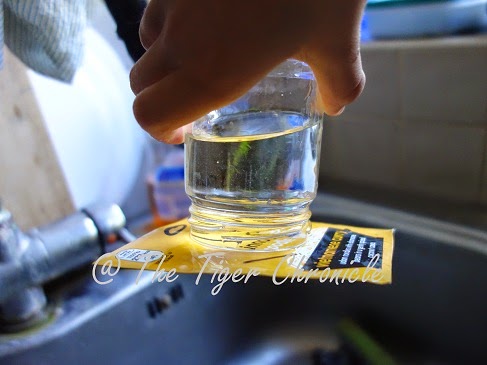 and fishing ice out of water using a piece of string (and a little salt to melt the ice). 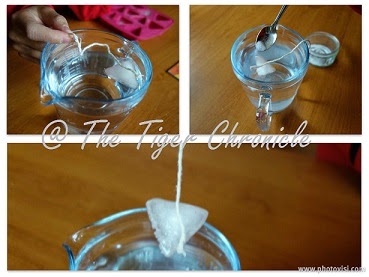 In the clip below, you can see the ice being suspended above the water by the piece of string on one side.  That's pretty cool.


To my surprise, the activity that really captured Tiger's interest involved him drawing a road map for his 'magnetic' cars (car shapes cut from paper with a paper clip attached to the back) to move around. 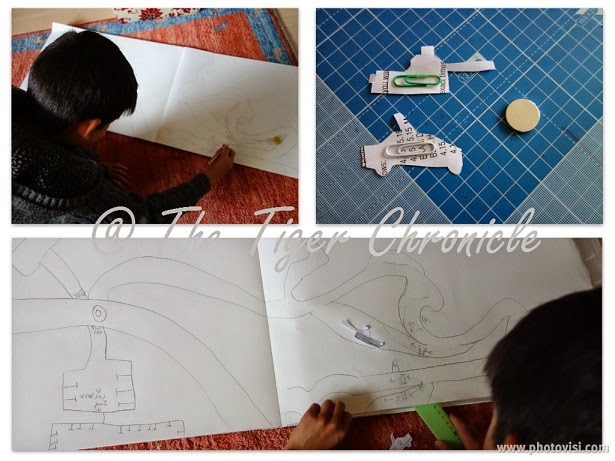 We attached a small, round magnet onto a ruler, then off the paper vehicles went.  Of course, one of the vehicles has got to be a tank.


I, on the other hand, was found the raisin-in-soda trick mesmerizing. 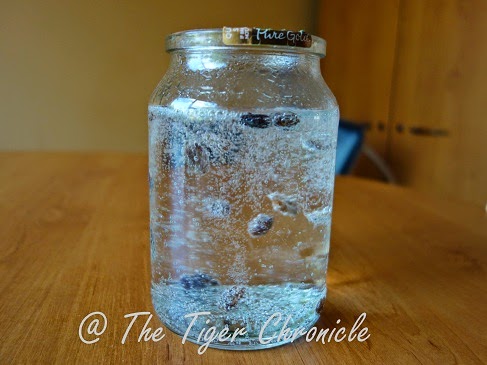 I call it 'the poor man's lava lamp'.  I literally sat at the table and watched the raisins go up and down the jar for more about 20 minutes until all the fizz was gone.  I reckon it would be a very good trick to keep a three-year-old occupied long enough for mum to have a cup of tea in peace.  I wish I had known this trick when Tiger was three years old!


While we were in the fizzy drinks isle, Tiger asked to pick up an extra bottle of diet soda to do the soda foundation experiment that we had done a few years ago.  Well, one can't say no to this simple request!  This time, we also looked into the science behind the experiment.