It started with a mug of tea and a cookie. 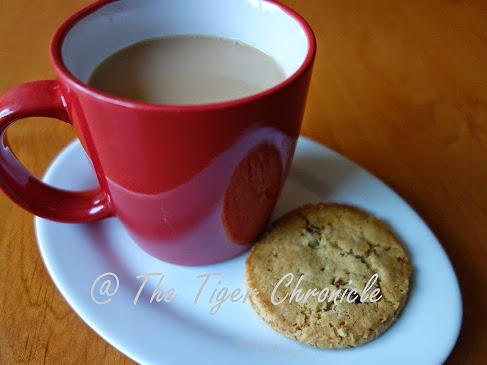 "What's so special about them?", one may ask.  They're special because they were presented to me in the above format, after dinner one evening, by a boy, who, until very recently, is the centre of his own little universe.

To me, this small gesture represents a step towards maturity and having empathy, knowing, or at least becoming aware of, other people's needs.

Having the dual roles of being both his mother and his primary teacher, I am very keen to make sure Tiger develops in a balanced way, both academically and as a whole human being.  Therefore I am encouraged by a number of recent developments, of which the above is one example, that indicate to me that Tiger's heart is in the right place and that he wants to do the right thing even when his ego wants to take the easy way out.  He is starting to experience moral dilemmas, which will make for a different level of conversation between us soon.

It's one of the those things that happens at the right time.

A year ago, Tiger was happy to watch other children climb trees while he stood safely with both feet on the ground.  One afternoon last week while we were enjoying the sunshine in the garden, I had my back turned towards him for a few moments as I was gardening when I suddenly heard an excited cry, "Look how high I can go, Mummy!" 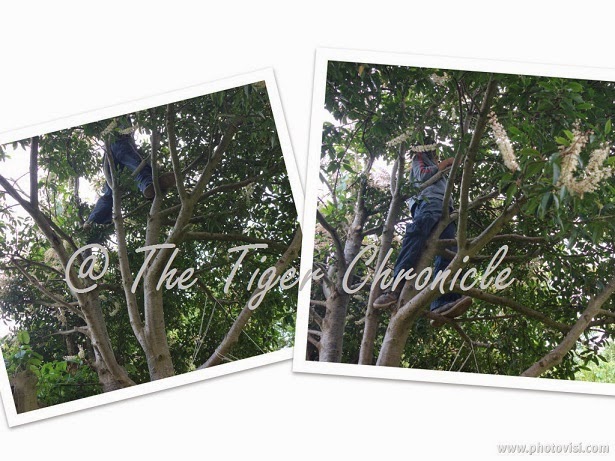 Having discovered his own agility and a new perspective of his surroundings from the different heights of the tree, Tiger has been climbing the tree in the garden nearly every day. 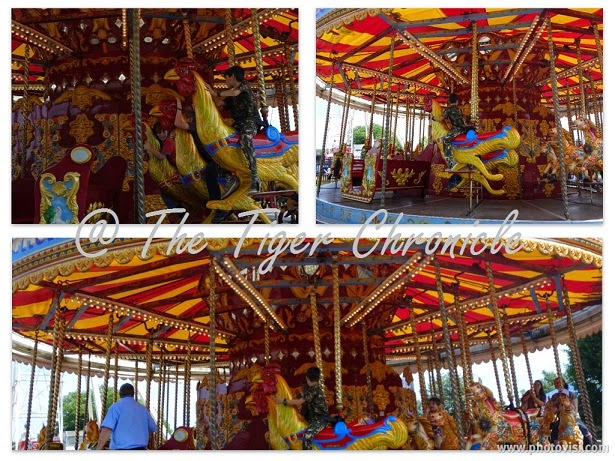 Maybe I'm experiencing 'the calm before the storm', since everyone talks about the terrible upheavals caused by hormonal changes in tweens and teens, but I am rather enjoying not locking horns with my child.  Below is an actual conversation that took place a few weeks ago.

We were doing our respective work at the desk when Tiger suddenly turned to me and said with a big smile on his face, "I have calmed down now, Mummy."

Mum:  Huh?  What do you mean?
Tiger:  I mean what I just said.
Mum:  Do you mean in general, or do you mean something more specific?
Tiger:  In general.  I can feel it.
Mum:  Really?  Well, that's very good news!

A little background might help readers understand why this change is significant.

From about two years ago, Tiger's behaviour became increasingly challenging.  We thought it was one of the common parenting issues that most parents are faced with when raising young children so we dealt with it as best as we could.  It was a very difficult year.

We got a diagnosis last summer that brought both relief and agony.  Relief in the sense that we finally have a name for what we were dealing with -- it is a neurological disorder that can potentially become degenerative if left to its own devices.  No wonder Tiger's behaviour and temperament underwent a drastic change for the worse!  One can hardly blame a child for acting out on physical discomforts that he cannot understand, let alone articulate!

Agony soon followed our initial relief because the NHS's official stand on this disorder is: "Nobody knows what causes it or why it happens, and nobody can do anything about it."  Well, as far as I'm concerned, THAT IS NOT GOOD ENOUGH!

That summer, Tortoise and I threw ourselves into intensive research as we felt we were racing against time to prevent Tiger's condition from getting worse.  In the process, I learnt much about the correlation among food, nutrition, health, environment, neuro-toxicity, gut flora, blood-brain barrier, neurology, biomedical treatments....  To cut the long story short, we eventually found the top specialist in the country, who shares my conviction that neurological damage in children can be healed and even reversed using early and intensive intervention of the right kind, to be Tiger's medical consultant.  After spending many a pleasant (and very costly) hours consulting the good doctor, and making major overhaul to our diet, we finally started to see significant improvements after six months.

As of today, Tiger's overall health has greatly improved from where it was nearly a year ago.  As a result of him becoming physically robust again, the behavioural issues and external symptoms have been reduced by 90%.  I wouldn't have believed it had I not lived through this myself.  We still have some way to go before full recovery, but compared to last summer, Tiger is a very different boy these days -- well-balanced, cooperative, healthy, happy, and whose company I am actually starting to enjoy again.

I have read and have been told that, as children move into the Middle School years, they will or should become more independent and be able to just get on with the work that they have been assigned to do.  While Tiger is certainly very independent in many of his own studies and doesn't need me to sit with him to complete his tasks, I have noticed an increase in his wanting to work with either Tortoise or I on different projects.


It has been interesting for me to observe this development in Tiger, because he has only just begun to be able to work alongside others without feeling the need to dominate the direction of the project.  What I'm about to say may run counter to the current thinking, especially in the Western world, where people are trained to see dominance, aggression, and taking control as signs of leadership.  I regard those to be signs of immaturity and insecurity.  There is much value in being able to collaborate successfully and harmoniously with others, and I am very glad to see Tiger heading in the right direction in his increasing ability to consider the value of other people's input.

I am starting to think about the next academic year.  The above changes seem to point the way towards more collaborative learning in our homeschool, rather than to a situation where Tiger completes a list of assigned tasks on his own.  It will suit us well -- although that means I can't put my feet up yet -- since Tiger will need some help with taking his skills up to the next level.