The Chemistry of Colours

When I think of colour, I often think of it being a physics topic, as in, the light spectrum.  I had never thought about it in terms of chemistry, until Tiger attended the Spectacular Colour Chemistry workshop at The Royal Institution. 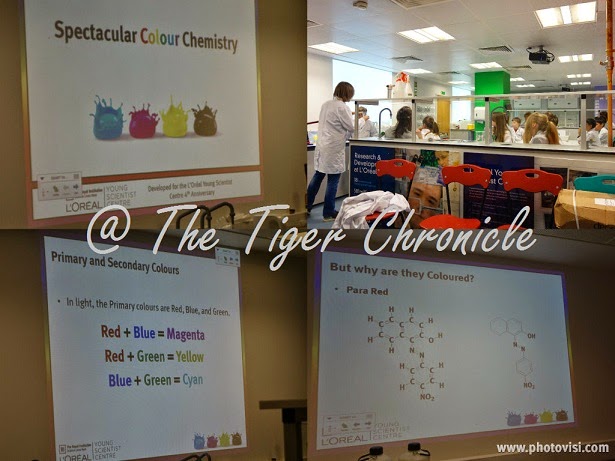 A lot of learning was covered in the workshop so I will try to recapture some of the most salient learning points for us.  The biggest learning point, for me personally, is to start thinking about how our perception of colour depends not only on how light is reflected (everyone knows that, obviously)... 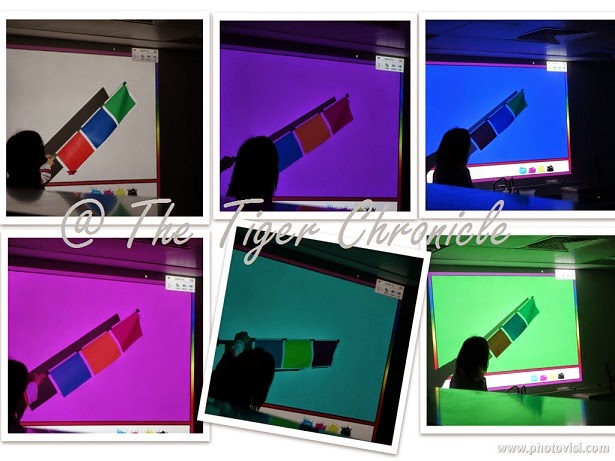 but also how changes in chemical bonding and electrons in specific atoms can result in differences in colours, as perceived by the human eye.


This requires knowing more about the elements and of the periodic table (i.e. atomic mass and charge) so I can't speak any more knowledgeably about it than in very generic terms.


It appears that we need to know the fundamentals about the periodic table after all -- mental note to myself to cover the elements at some point.


I almost broke out in cold sweat in a corner of the room when the instructor started talking about atomic structure and neutralising charges via chemical bonding. 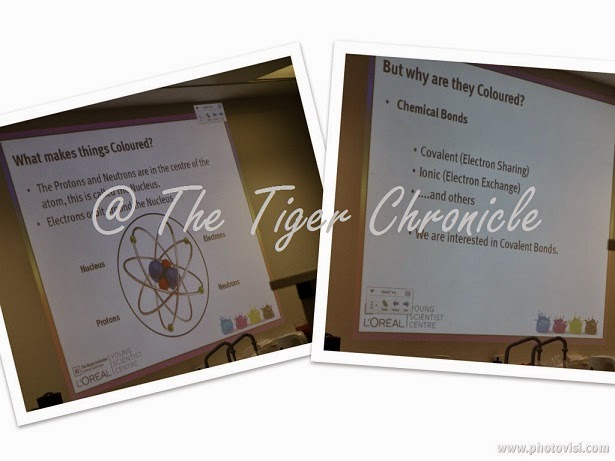 Luckily Tiger was able to hold his own in the class by answering correctly a question thrown at him out of the blue.  The question was to show how a helium atom can be neutralised by altering its mass and charge.  I don't know how he did it, but maybe his reading very widely has something to do with it.  Besides, the question essentially is more mathematical than scientific, so perhaps the mathematical nature of the question helped. 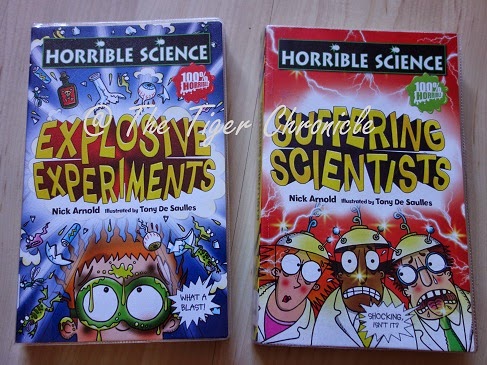 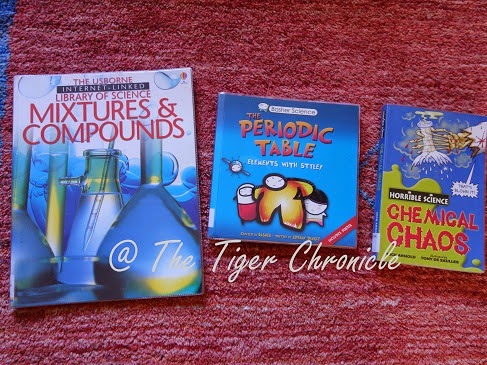 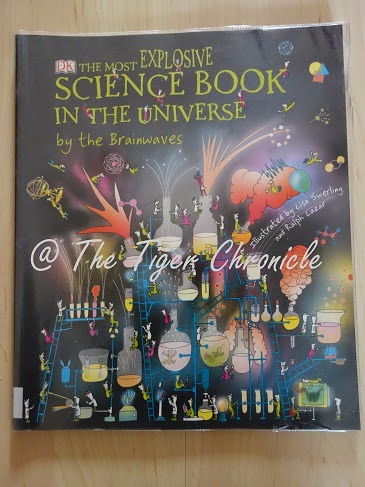 Anyhow, he earned his right to remain in the class.  The rest of the time was pretty easygoing.  Quite a bit of time was spent discussing about the differences between natural and synthetic dyes, followed by some hands-on activities to create natural dye from pomengranates. 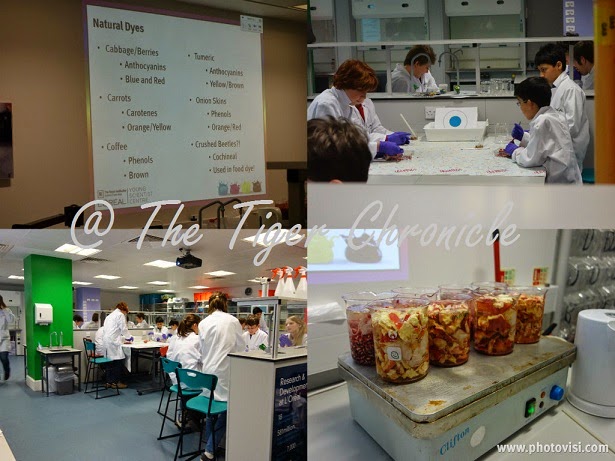 The value of being in a dedicated science lab (as opposed to our kitchen lab) is obvious when the children got to create synthetic dye.  It would have been very difficult for me to get hold of the chemicals required to replicate the process at home. 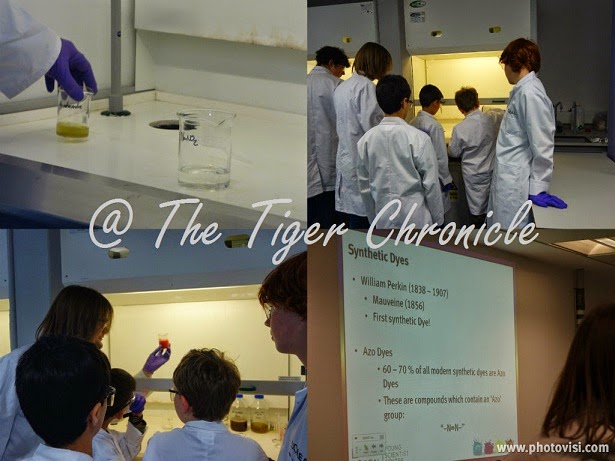 Funnily enough, Tiger was just asking me how food colouring, i.e. synthetic dyes, are made.  He now knows the answer, thanks to this workshop.