A Self-Determined Education: Who's Teaching?

Besides reading from books and watching documentaries at home for his military history study, Tiger and I have been out and about a fair bit, looking for a more hands-on experience, if that's possible.  We came across The Muckleburgh Military Collection one day, and decided to go in and take a look. 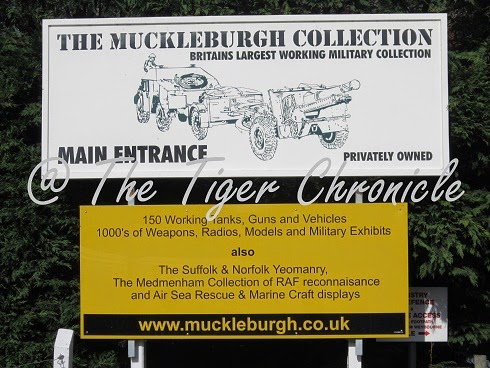 It is certainly one of those places that, had it not been for Tiger's massive interest in this subject, I would never have stepped into.  For a private collection, the number, range and types of military vehicles in it are very impressive. 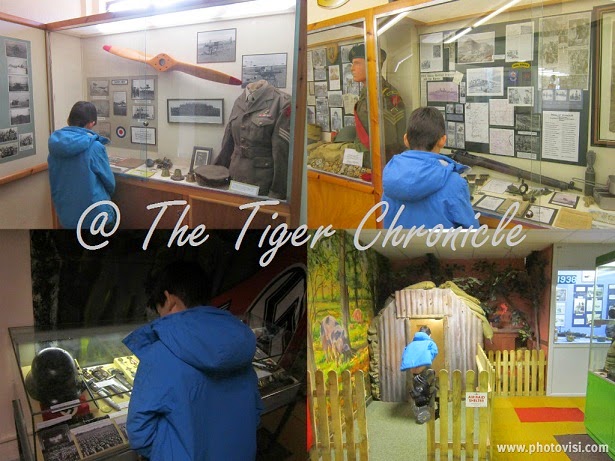 The many historical artefacts are exceptionally wide-ranging and extensive.

I saw many artefacts that I have not seen anywhere else. 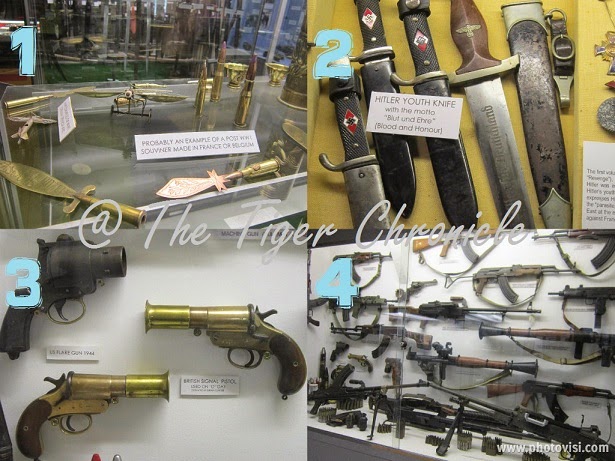 The collection doesn't look very big from outside, so we were thoroughly surprised to find the exhibition halls packed with actual military weaponry and vehicles. 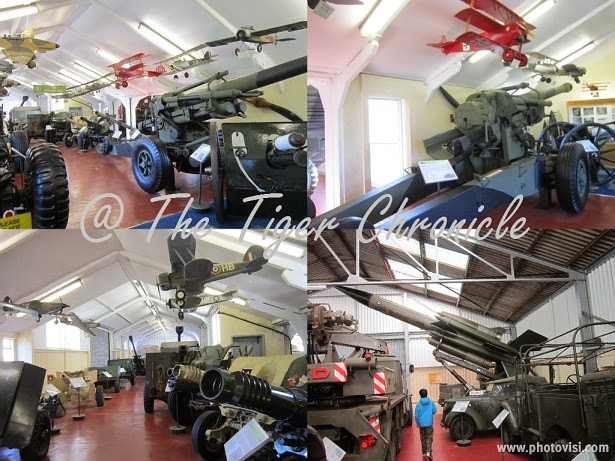 Even though the exhibits were displayed by category rather than by time period, the sign boards were very clearly written so I learnt a lot just by reading through each board, while Tiger raced ahead because he already knew all about the different artillery...

Then, in another gallery we were wowed by the number of artillery vehicles and tanks there.  For the life of me, I can't remember any of the names of those vehicles so I won't risk looking silly by giving them wrong labels, but there are many, many tanks! 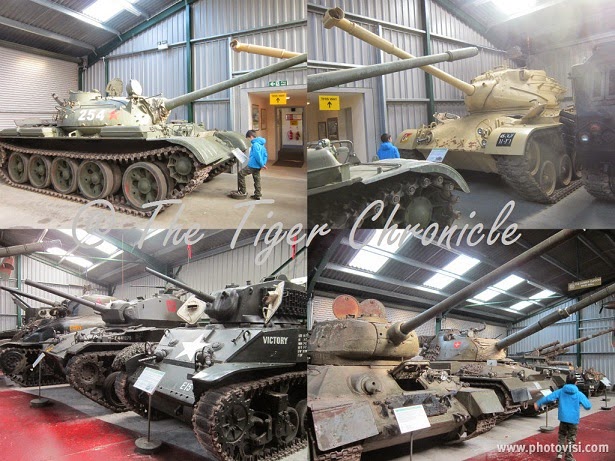 Every now and then, I tried to test Tiger's knowledge by asking him what type of tank a certain one is, and which war it was used in (not that I knew the answers but I had the signboards for help).  What amazes me is that not only can Tiger correctly identify each tank, he can also tell me accurately their individual specifications such as: 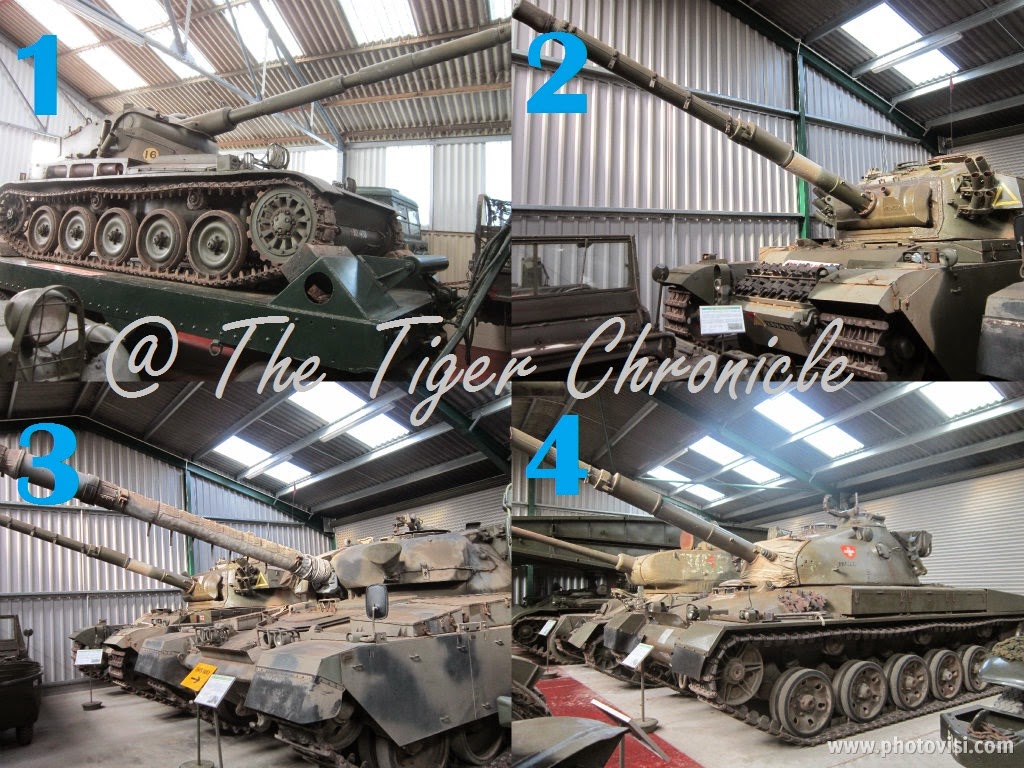 Here is an example of what Tiger told me: 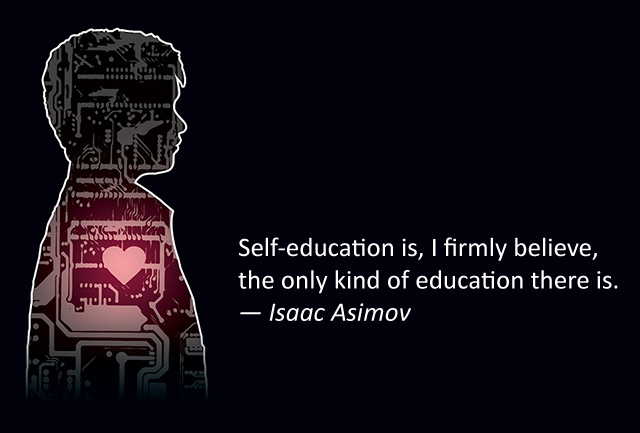 To be honest, that freaked me out a little.  Nobody has asked Tiger to memorise anything.  Evidently, he has somehow remembered these facts from his volumninous reading of this topic and by paying attention to details such as the length of the guns that are mounted on each tank, the paint work that differentiated the tanks, the track designs, etc, whereas to me, every tank looked the same... (the difference between a Russian T-55 and a Patton tank, anyone?)


I was further educated about the differences between a tank and an armoured vehicle... 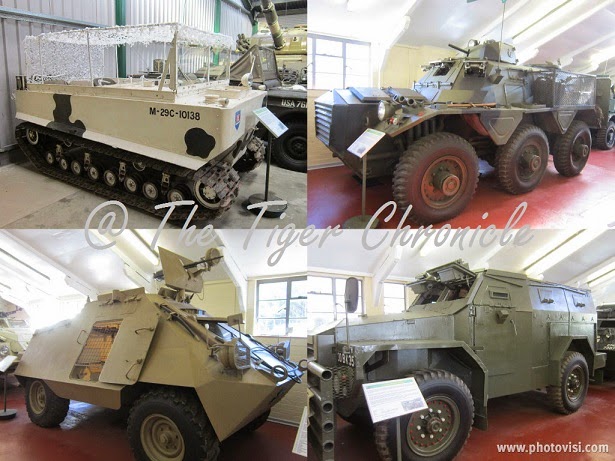 Although we couldn't get into any of the vehicles, we did have a good nose around the interior whenever they were made available for looking into. 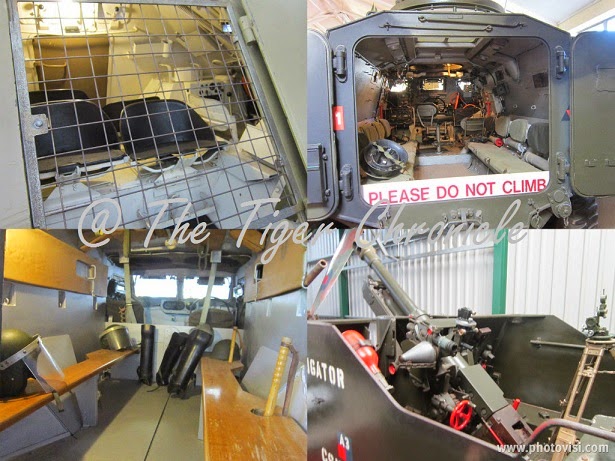 I have to admit that 90% of the time I really didn't know what I was looking at.  I have no idea what the buttons, controls, or gears are for, and Tiger had to explain to me what each does as we walked around the collection. 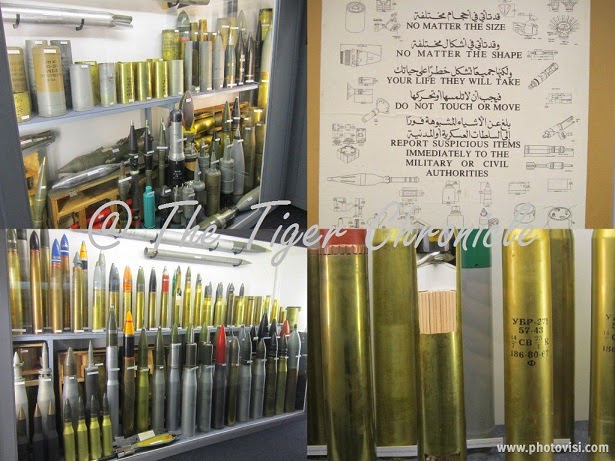 As if the collection so far wasn't impressive enough, there was even an anti-aircraft gallery! 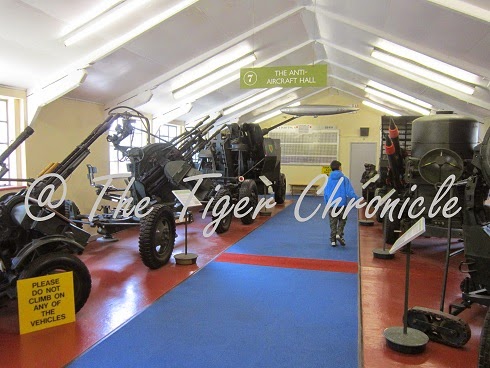 At this point, I was starting to feel totally saturated by military weaponry but Tiger was absolutely in his element as he happily went around as my tour guide (we were there on a weekday so had the entire collection all to ourselves) and explaining what each machine does, almost as though he has been living in the collection all his life!

I only intended for us to spend two hours at the Collection, but we spent an entire day there.  It is a treasure cave for Tiger, both inside the buildings and outside.  We were able to get really up close to the few displays outdoors. 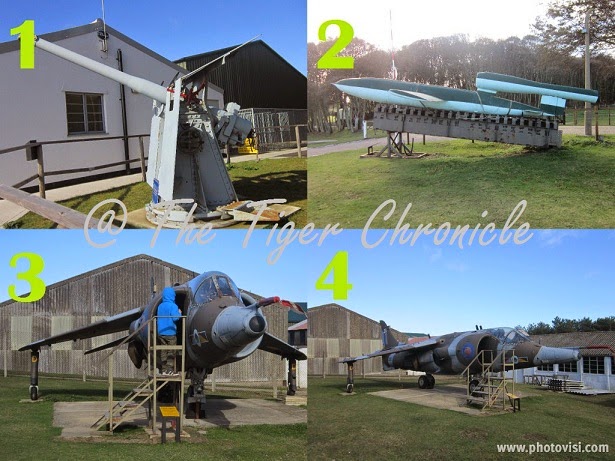 I often wonder whether our path might be "easier" if Tiger's passion were in something more conventional like science, maths, art or music, in the sense that:
That doesn't seem to be the way for us, at least for the foreeseable future.

“The secret of education lies in respecting the pupil. It is not for you to choose what he shall know, what he shall do. It is chosen and foreordained and he only holds the key to his own secret.”