Being the last-minuter that I am, I must be asking for trouble by declaring on Monday that we plan to learn more about Chinese New Year this year, when the big day is only days away.  That is a sure way to work myself into a frenzy!

Luckily the V&A came to my rescue yet again, with a whole day of Chinese New Year related activities!  Woo hoo!  With many varied cultural activities prepared by professionals, all we had to do was to show up and work our way through them -- such an arrangement is this homeschool mum's best-case scenario. 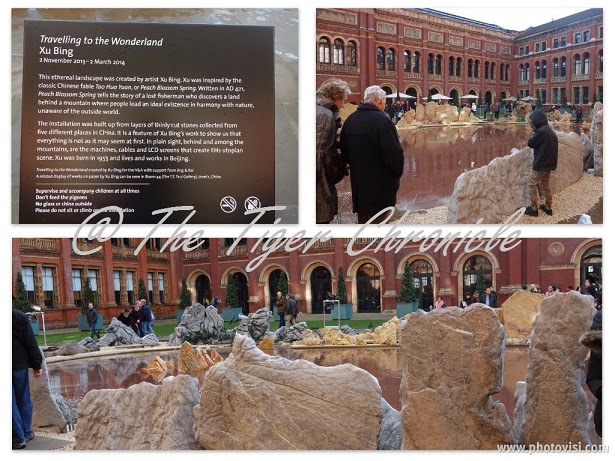 The first craft that Tiger made at the museum was the Chinese Opera mask. The mask is made entirely out of paper and looks like this when completed: 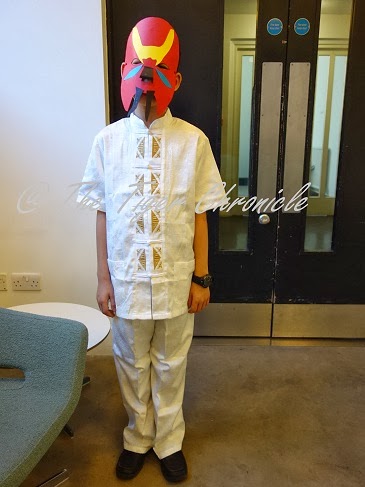 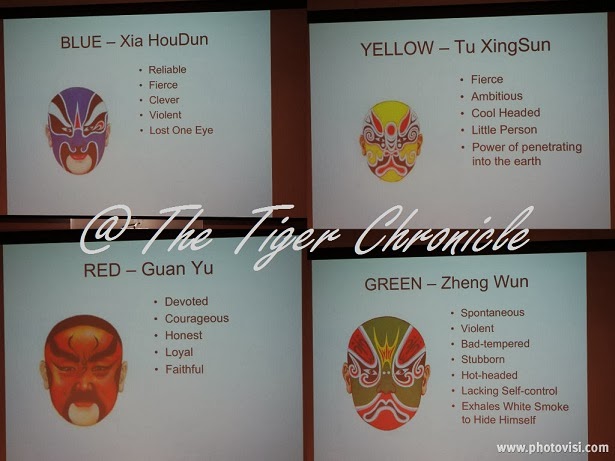 After the craft session, the museum even had a short "Introduction to Chinese Opera" workshop to take the children through a few of the uniquely-identifiable stage gestures and movements of each character. 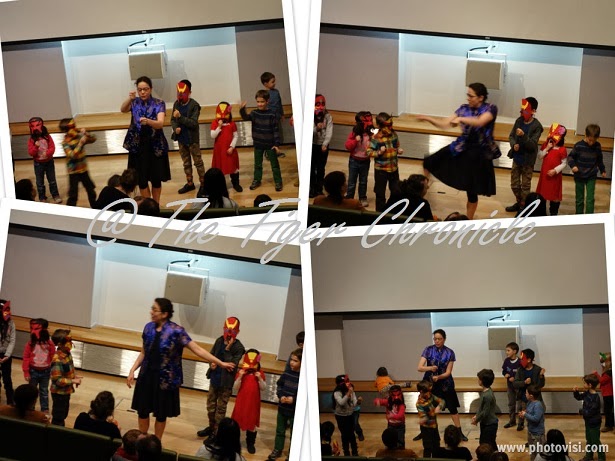 Other activities Tiger was to do that day included:
(1) Making a mini kite out of lollisticks, craft tissues and coloured cards. 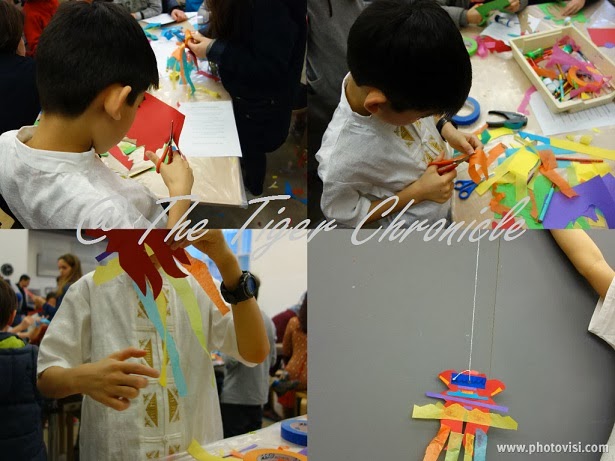 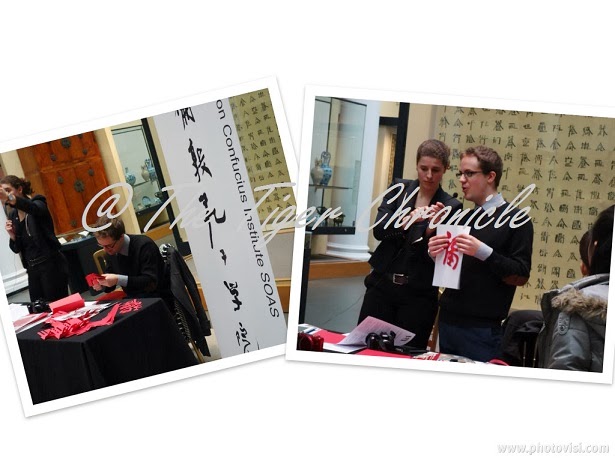 (3) Practising Chinese calligraphy.  The practice in Chinese New Year is to write certain auspicious wordings on a piece of red paper and stick them around the house to signify bringing good luck and prosperity into the home.  A very common word that is used is "fu" (福), that embodies the meaning of good luck and good fortune.  There are many different styles or schools of Chinese calligraphy, hence there are numerous ways to write the word "fu", as you can see Tiger practising below. 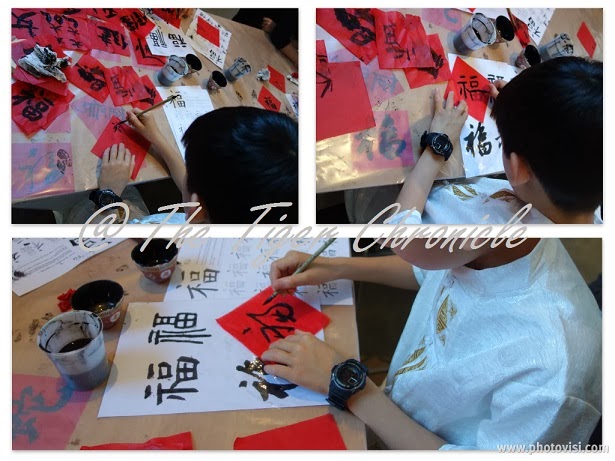 The day ended with us attending a traditional Chinese instrumental concert, performed by the musicians from the UK Chinese Ensemble. 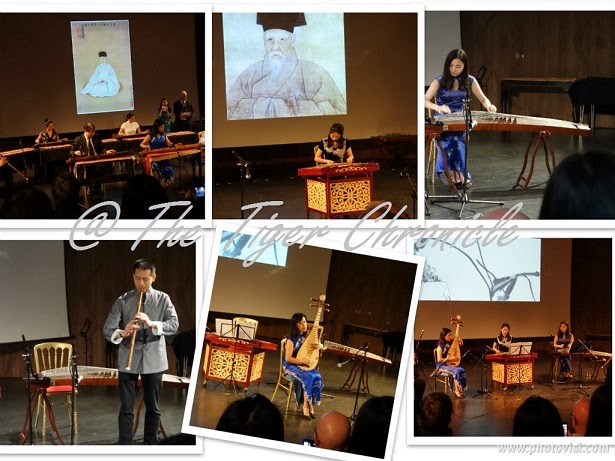 The style, sounds, and atmosphere of traditional Chinese music is very different from those of classical Western music.  The concert gave the audience an excellent experience with a wide repertoire of solo pieces, duets, as well as ensemble pieces.  For example:
(1) a zither or guqin (古琴) ensemble:


The score for this piece of traditional Chinese New Year music was rearranged for the ensemble performance at the V&A.  It was originally written for a full Chinese orchestra:


The day has been a good introductory overview to the Chinese culture.  To do justice to the depth and breadth of the Chinese culture (as it is with any culture), we will have to spend more time to study the individual components of this one-day "crash course" individually.