When Everything Adds Up

Now that we are very familiar with straightforward addition, let's try our hand at finding the sum of all the numbers in a range, say from 26 to 765, without using a spreadsheet or calculator?

In order to learn the technique to work out sums of the above nature, let's start with the basics.

Q1: Find the sum of all whole numbers from 1 to 10.
The answer (55) can be easily worked out mentally or by writing the sums out on a piece of paper, but we are trying to learn a logic that will enable us to work out sums of any range.

To do this, I used a piece of cotton string and attached each individual number card 1 to 10 with paper clips. 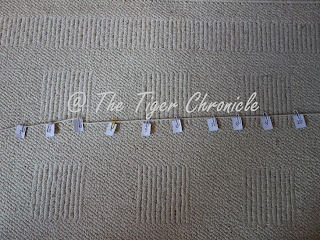 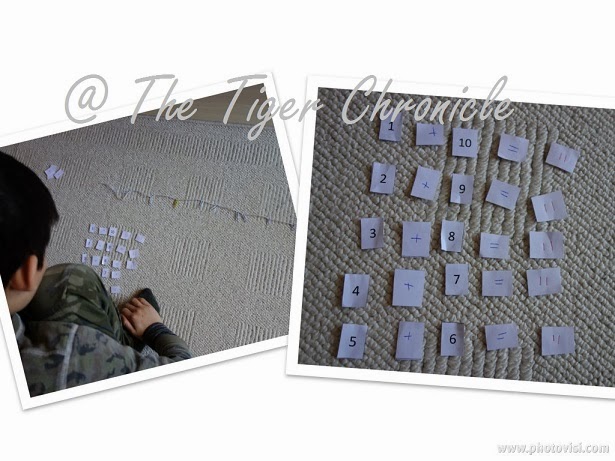 Once Tiger set the five equations out on the floor, it was obvious that the sum total would be 5 x 11 = 55, which tallied with his mental calculation.

I then reset the number line with numbers 1 to 10 again, and asked Tiger whether he could solve the problem in a slightly different way, i.e. using a total that is not 11.  When Tiger couldn't think of any other way after a while, I suggested changing the total to 10.  This way, the logic behind the solution is the same as before, except that there are a few extra steps:

When we set the total to be ten, the number 10 is removed first from the number line.  That is followed by the pairing up of numbers that make up ten.  When the pairing is completed, you will find that the number 5 is left unpaired. 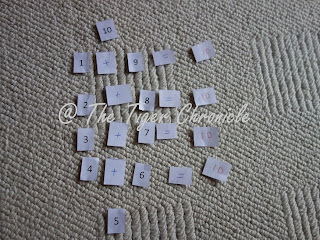 Between the two methods (sum to 11 versus sum to 10), I personally lean towards the one with sum to 10, but Tiger prefers what he considers to be the more straightforward method of summation to 11.  As you've seen from the above, both are equally valid so the choice depends on what makes the most sense to the child.

We tried another exercise to check whether Tiger has understood the logic/technique to apply it to another question. 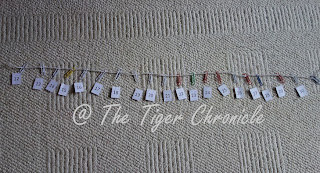 Tiger had a choice of using whatever method that worked best for him.  He chose to do the first method, i.e. the one where the first number (12) was added to the last number (30), and so on. 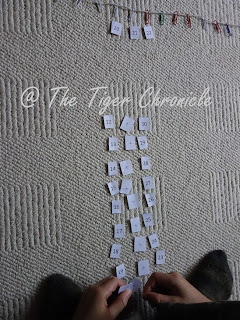 By doing so, he found that he had the 'middle number' (21) left unpaired, so he put it at the top of his layout so to ensure that he did not forget to add it to the final answer later on. 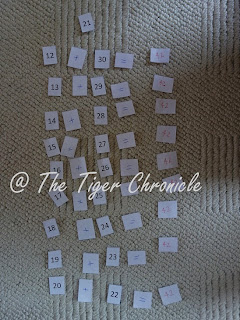 At this point, I introduced another concept to Tiger: how to find the number of items (in this case, the number of pairing) from one number to another.

By counting or just looking quickly at the layout above, we determined that there were nine sets of pairings that summed up to 42.  Counting is fine until the range gets too large.  Therefore, I asked Tiger how he would determine the number of pairings without counting.  When he started to experience some difficulty, I asked him to think about how he would determine the number of pages he has read in a book, say from page 1 to 10.  After first he said the asnwer would be nine pages since 10 - 1 = 9, but when he quickly realised that the correct number was ten.  That was a bit puzzling.  I then asked him how many pages he would have read had he read from pages 2 to 11.  Again, answer is ten, but if he had applied the simple subtraction method of 11 - 2, he would get only nine.

We then verified our formula against the two examples above by first applying the numbers to the formula followed by verifying our answers with visual counting.


Q3: Find the sum of all whole numbers from 27 to 68.
Now it's time to see whether Tiger really knows what to do, so I set him the following exercise and left him to solve it himself: 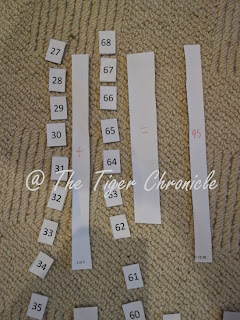 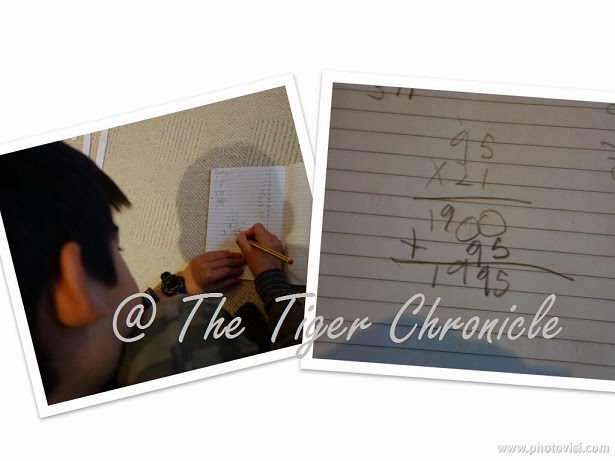 Once Tiger has got the hang of it, he is now able to find the sum of all whole numbers from different ranges.  I gave him a few extra questions to work on: 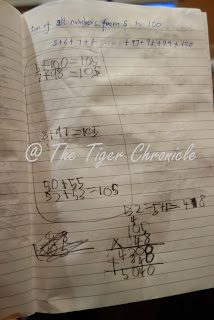 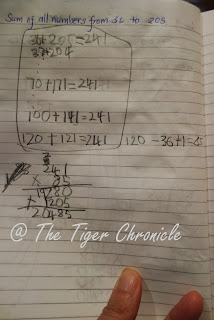 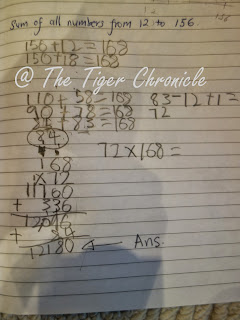 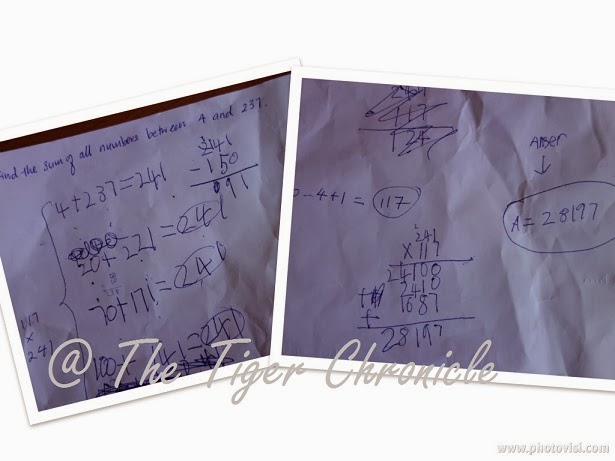 Having said all of the above, it makes sense to acknowledge that we are dealing with elementary maths, which is essentially concrete, so perhaps not...


Watching the clip above led us to ponder more with about the following:


If one gets into higher, more abstract maths (as the following videos show), then the concrete number sense that we have just spent so much time learning are nullified, similar to how conditions of quantum physics defy many common laws of physics.

But I'm not worried about that just yet.  I'm happy that Tiger is enjoying the concrete aspects of maths at the moment.