Maths as a Pleasurable and Sociable Pursuit

Can maths ever be a pleasurable and sociable pursuit for a normal young child?  The answer appears to be a positive "yes".

To start with, maths is done slightly unconventionally in our house.  Instead of following a specific curriculum, we tend to work on a certain topic that interest us at any given moment.  As it turns out, we have been spending a fair bit of time on simple arithmetic in the past few months, as I said we would.

The independent aspect of maths learning here takes place when Tiger reads maths-related books on his own, such as the ones pictured below:

He enjoys reading them repeatedly but he doesn't want me to get involved with his reading.  When I saw what can be done with these books, I offered to work through the problems with him but my offer was politely turned down.  Somehow, despite (or maybe, because of) very little involvement on my part, Tiger has found his own pleasure in maths and an inner confidence to put the following notice up outside his room:


Since he became the self-appointed 'consultant maths guy' in the house, Tiger has been pestering me for "worthy" maths problems.  Sometimes I show him maths puzzles from this book, which he attempts to solve on his own before working collaboratively with me to find different solutions. 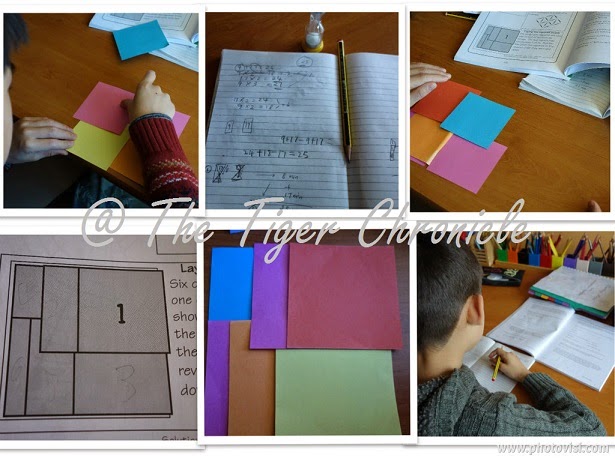 At other times, he sets himself the target of working through the problems/puzzles in the following book: 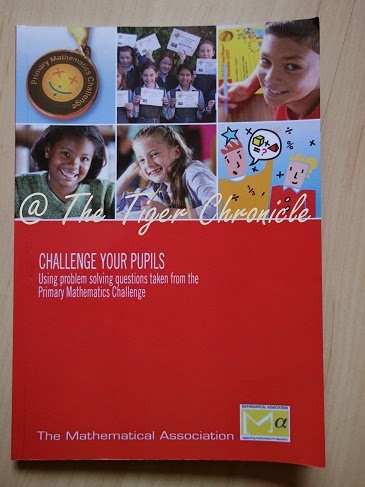 Once again, he doesn't want me to get involved in his work here.   The reason he gives is that he can check the answers at the back of the book, and since the solutions are also provided, he can figure them out by himself.  Fair enough.  Nevertheless, Tiger is happy to share his approach:  he raced through the "Easy" section within an hour and is a quarter of his way into the "Hard" section.  There are some concepts in the "Hard" section that he hasn't come across yet, which he wants to figure them out by himself so he is working on one problem a week -- he reads the question on Monday, thinks it through for the rest of the week, then solves the question on Friday.  When asked why he needs a whole week for one question, his reply is that he wants to "think through all possibilities and get it right" (his words). 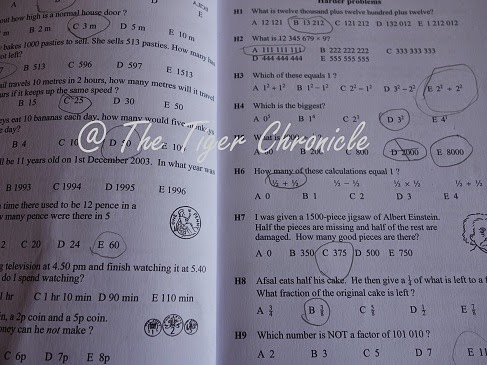 Tiger will not have engaged himself in the above activities if he didn't derive some pleasure from solving mathematical problems, mostly on his own but sometimes collaboratively with me.  Recently he has progressed to sharing his mathematical discoveries (mostly applications of numerical patterns) with Tortoise and I by giving us mini lectures in the evenings.  Again, to give lectures as a way of showing what he has learnt is entirely his own idea; Tortoise and I are usually given a few hours' notice to attend a lecture in the evening.  It suits us fine since we are keen to know whether and what Tiger is capable of learning on his own.


When learning to learn is given a higher value than the learning of information, then the educational system will have made a big step in the direction of enabling children to be autonomous students (in the general sense) for life.  By encouraging the exploratory aspects of learning, its excitement and inherent satisfaction can be generalized into an approach to all life experiences; learning then is not associated only with school and the classroom, but becomes a part of living.

Tiger's maths lectures so far have been very interactive and engaging.  He usually starts off with an example of how he applies his method to a problem, then he explains how he arrives at his method, which is followed by a very lively Q&A session where he is often challenged to defend his new-found techniques.   He is thrilled when his discoveries withstand the grueling challenges thrown at them from the floor, yet he is also able to find the grace and courtesy to accept that a few of his conclusions have been wrong due to careless calculation mistakes or a logical oversight.


Gifted children can jump to conclusions by a process of brilliant mental leaps, which are wrong because of lack of information.  In a reassuring 'safe' exploratory classroom, mistakes are part of the process of learning; they are not 'failures'. 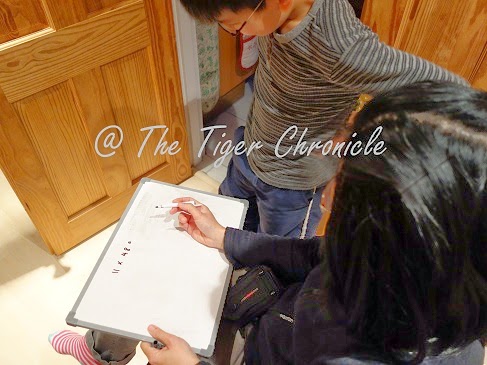 I find it interesting to observe that Tiger appears to be more receptive to learning maths in this way rather than in the traditional instructional way.  To my mind, the traditional way is a very quick way to learn something -- someone tells you the 'right' way to do things and you just practise until you master it.  However, that's not how Tiger likes to learn, at least where maths is concerned.  His preference for learning through discovery takes a lot longer, and can sometimes lead him down the wrong path where he has to back track and relearn some of what he thought he knew, but he won't have it any other way.  Luckily for him, being homeschooled gives him the time, space, and support to do just that.  Can you imagine how his approach to learning would be interpreted in the mainstream schools?  "Unteachable" is a word that comes to mind, but that applies only if the teacher has very fixed ideas about what teaching and learning look like.  A child like Tiger may appear to resist formal instructions, but that doesn't mean he lacks the ambition, enthusiasm or capability to master his chosen subject matter.  The challenge, then, is for the adult to get to know the child so well as to be able to provide the right kind of support at the appropriate level.


The teacher of the gifted child is in a particularly important position - not there to demonstrate her superior knowledge or to show what a good actress she is, but to enable children to grope and leap towards understanding.  It is important that the bounds of that understanding are determined by the characteristics of the pupils, not of the teacher or the school.

Besides the in-house lectures, the more obvious social aspect of Tiger's mathematical pursuit comes in the form of maths circle. 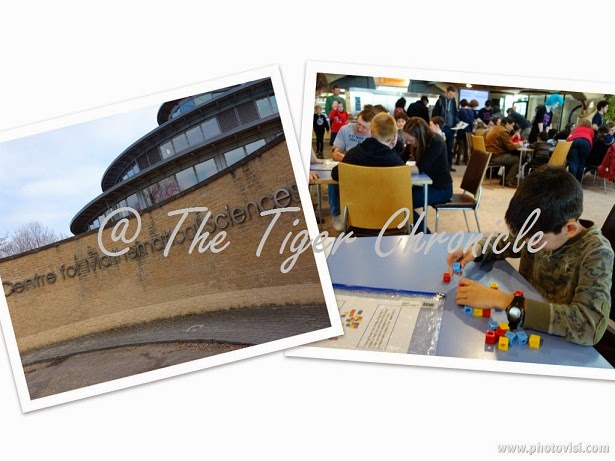 We don't attend these very often due to their infrequency, but we enjoy them immensely every time we go.  The maths circle informs us of a number of things:

At the latest maths circle, Tiger spent the entire time there trying to solve one maths problem, and that was with the help of two maths undergraduate students.  I watched from a safe distance (far enough not to interfere) as the three of them racked their brains for nearly two hours, trying to grapple with that problem using various hypotheses, numerous discussions, and multiple experimentations.  Although he did not solve the problem by the end of that session, Tiger came away feeling exhilarated and asked to attend more of such events.


Between this and a method that produces children who "can't wait to be done with boring maths", I'd be happier to take the former even though it looks nothing like the time-honoured (although not necessarily successful), conventional way of teaching and learning maths.

The following documentary addresses directly the American public, but the issues discussed are just as applicable to the UK and indeed, to anywhere in the world that subscribes to the "standards" of mass schooling: