As we continued our eastward journey in history from China, we arrived at two countries that were heavily influenced by the Chinese: Japan and Korea.  Although I had previously noticed some similarities among the three cultures, I did not know why it was so until I learnt from our world history leson that Korea was once ruled by China, while Japan had sent its citizens to be educated in ancient China.

I could not find any suitable supplementary book on Korea from the library, so we watched the following clips to learn about the history of this country:

Even the popular Korean dish, Bibimbab, has Chinese and Japanese influence.  The Bibimbab is basically a steamed sticky rice dish topped with grilled beef, shredded vegetables and hard boiled egg.  The Japanese influence comes in the form of miso soup.  The very Korean side dish is the kimchi (pickled vegetables). 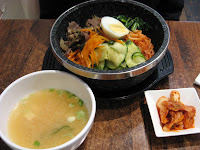 The Chinese influence in Korean cuisine, apart from an extensive use of rice, is in its tea selection.  Koreans are well known for their floral/fruity tea, especially the ginseng tea.  Tiger loves the Korean date tea. 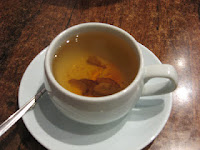 This post is linked up to several blog hops, where you can visit to see what other homeschoolers have been busy with.  It is also linked up to the Spring Edition of Carnival of Homeschooling.