After a short study of the Korean history and culture, we spent a much longer time on Japan.  Last year's study of ancient world history has taught us that mythologies and legends can give us much insight into the cultural aspects of a civilisation, so that was where we started with our Japan study -- by reading stories from Japanese legends and myths: 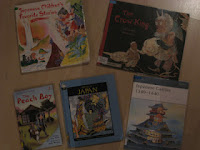 It was fascinating for us to learn that the Yamato family has been ruling Japan for over 800 years.  To understand more about this unique situation and to know more about this family, we watched the following clip:

We then headed to the British Museum's Japan gallery to see artefacts for ourselves, while we learned more from joining a gallery tour. 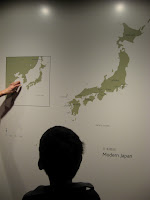 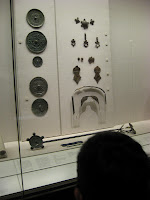 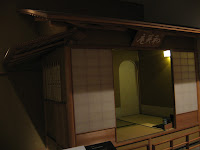 Tiger, being fascinated for the longest time about warfare and warriors, stood for a long time in front of the samurai cabinet to admire the samurai swords and armour: 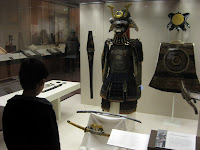 Naturally, this was followed by reading up on the samurai and comparing how they were different from the English knights (in terms of armour, training and culture) that Tiger is so familiar with: 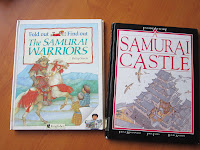 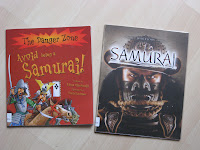 The samurai seemed to have thrived in the Edo Period, which occurred a few hundred years after the Yamato family first took control of the country.  The following documentary helped us gain a better understanding of the samurai and the period they lived in:


When asked to choose a hands-on project for this topic, Tiger chose to make a samurai helmet.  Is anyone surprised at his choice?  I'm not.  We followed the instructions from this book: 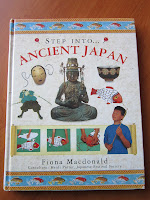 Making the samurai helmet was no small feat.  It took Tiger a few days to complete it, and involved plenty of measuring, drawing, cutting, pasting, painting, folding, and assembling, as documented below: 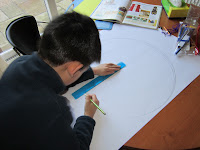 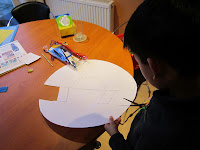 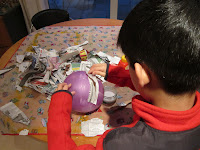 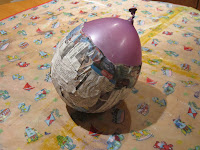 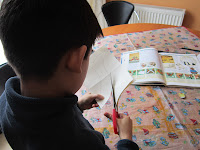 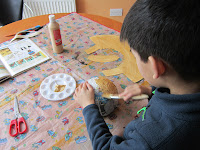 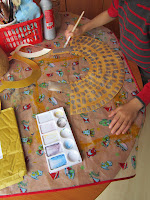 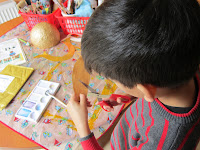 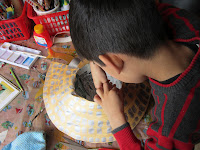 Tiger's effort paid off in the end, as he now has a samurai helmet to add to his "armoury": 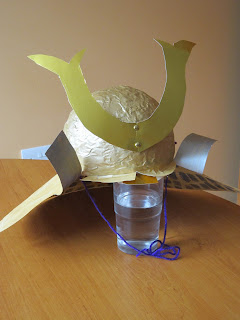 This post is linked up to several blog hops, where you can visit to see what other homeschoolers have been busy with.  It is also featured in TGIF Linky Party #19, as well as being linked to the Hands-On Homeschooling Blog Carnival for April 23rd.