Spirits of the Summer

The seventh month of the Chinese lunar calendar is known as the "ghost month".  It is the month where the spirits of the deceased from netherworld are allowed to roam the living realm.  More specifically, a festival of rituals and offerings is held on the 15th day of the seventh month, when (according to traditional Chinese beliefs) the gates of hell open.

This festival is observed by both Taoists and Buddhists, for slightly different reasons.  To the Taoists, the festival is called Zhongyuan Jie (中元节) while the Buddhists call it Ullambana (盂兰盆会).  While there are certainly differences in the Taoists' and the Buddhists' rituals to honour the deceased, they share the goals of:

As this is one of the traditional Chinese festivals, practices and interpretation of the festival have been amalgamted with folk traditions of ancestral worship to form a rather unique, grassroot type of mixed practice for the layman (i.e. those who are neither strictly Taoist nor strictly Buddhist) where many taboos are observed and a lot of paper offerings are burnt with a view that they will bring the deceased an 'easier' life in the netherworld.


I personally prefer the Buddhist story that explains the origin of the festival, because it emphasizes filial piety and the importance of living a life guided by moral principles.


In Asia, the rituals of the seventh lunar month are widely observed.  With many ghost stories and folklores being told amongst friends at this time, alongside the frequent sights of burning paper offerings and religious rituals, whether you like it or not, you will feel a slightly different atmosphere in the air.  There is not a hint of this festival in the UK, and it being the summer here, there is none of that ghostly feeling that one gets in Asia during this time.  However, I would like Tiger to know about this significant Chinese festival in relation to some of the important moral values in the Chinese tradition so I asked him to read up on this festival: 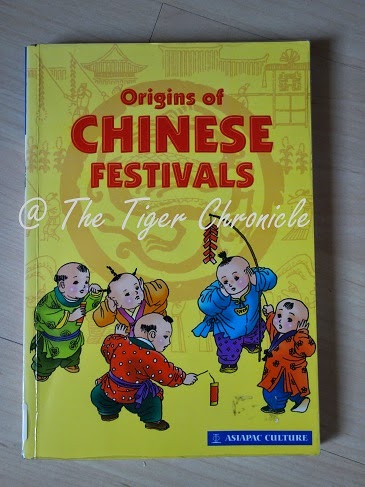 before showing him the clip below to let him have a sense of what it would be like to be watching an actual street performance of the Buddhist story of Mulian saving his mother:


Other than street performances, there are other more formal Chinese opera performances of the same story.  We watched one of them (see the clip below) and talked about the similarities and differences between a formal performance and a street performance in terms of the quality of the stage, costume, props, and skills required by the actors.

Tiger has watched La Boheme at the Royal Opera House before, so it has been interesting for him to note the differences between Chinese operas (in general) and Western operas in terms of style and stage techniques.

While we are not going to burn any paper offerings or observe any religious rituals while we live in the UK, I was still able to observe the festival in a small way: by making a simple stir-fry vegetarian dish using 10 different ingredients: 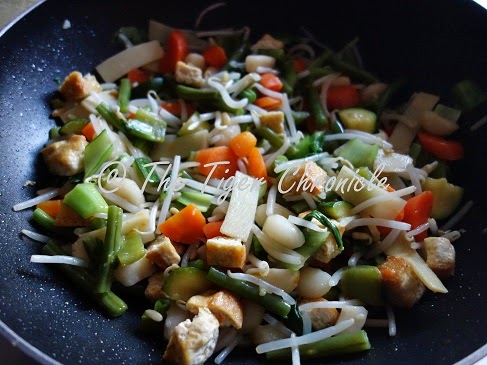