Half Way Through Our Summer 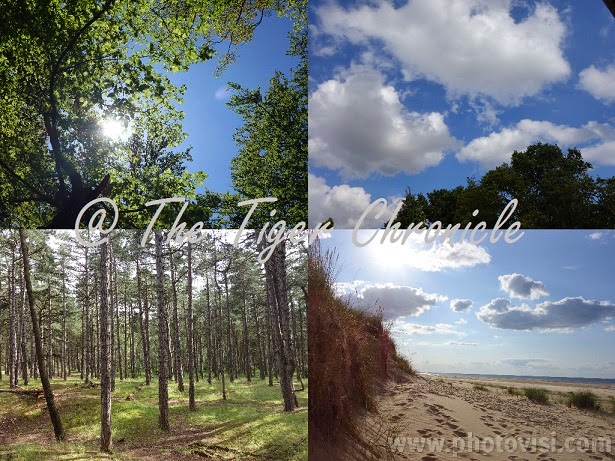 How has your summer been?  I hope it has been a very good one.  I know that most of our American friends have started their new academic year.  In Britain, summer holidays last until the end of August or early September, so we are just in the middle of our summer break.

Our summer break has been a good one so far.  We've managed to do all that I said we would do for the summer, so that's great.  This must be the first time we have kept to our summer plan, and I rather like the sense of achievement that comes with ticking off the boxes (in my head) even if that applies to summer activities.  I might try to replicate this stick-to-the-plan approach when we start the new academic year, some time in September, and see how we fare.

Anyhow, here's a quick round up of what we've been up to in the past few weeks: 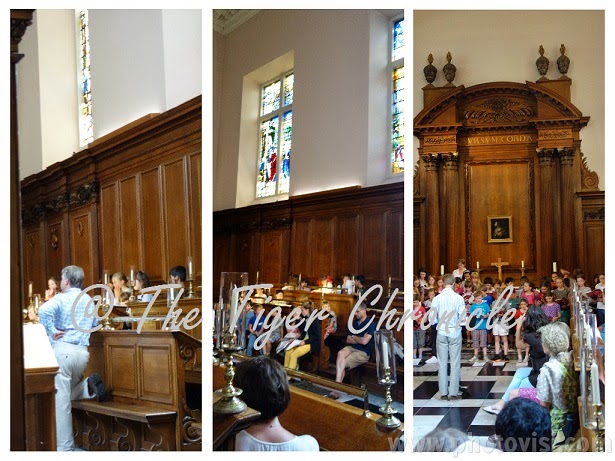 This went spectaculary well for us.  During the week-long course, Tiger was exposed to much singing techniques, musical games, and music history.  The repetoire of songs was quite wide -- the children were taught Latin songs, Swahili folk songs, a medieval choral, and a few contemporary (not pop, or anything to be heard on popular radio stations) songs set to poetry.


Before the course started, I wasn't sure how Tiger would respond to it, as he was rather shy about singing out loud and in front of other people.  At the end of the first day, he told me that he enjoyed it very much and he was very receptive to all the games and musical history that were taught to the group.  Although he still won't sing out loud in public, he says he wants to attend future sessions of this course, so at the very least the course has achieved the purpose that I wanted for Tiger, i.e. to be able to enjoy singing as a form of self-expression.  We are not aiming for Tiger to become a choir boy or to aspire toward a singing scholarship.  My goal is very simple: to ensure that Tiger doesn't have any self-inhibitions about singing as a natural human activity. 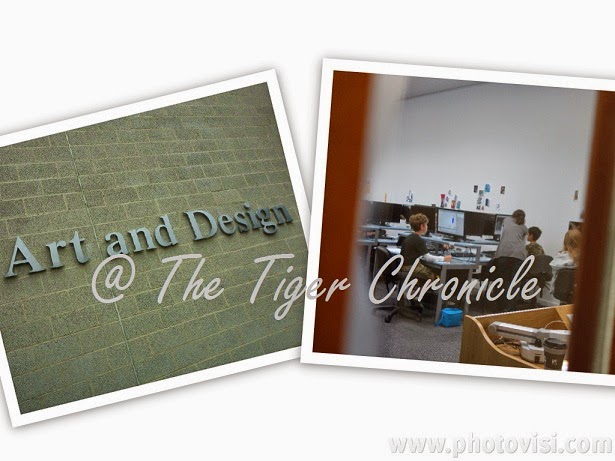 This course was held at one of the leading university's School of Creative Arts.  Tiger was very impressed with the university's professional photography studio (he came home after the photography class and asked whether we could have a similar set up at home) and the animation labs.  In that week, Tiger was taught some cool tricks on Photoshop and Adobe Flash. 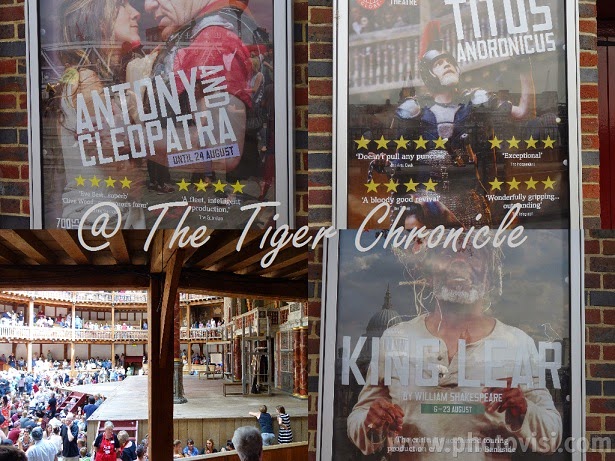 This season's plays at the Globe seem to be mostly tragedies or historical plays, which are heavier going compared to previous years' shows.  Titus Andronicus was particularly difficult to watch due to the amount of gore and violence written into the script.  I had to brief Tiger beforehand about a few scenes and put them in context for him.  Even so, I had to censor a few scenes during the play whereby I asked Tiger to cover his ears and look down at his shoes until I told him that it was ok to resume watching.


It is, by far, the most gripping and disturbing play I've watched.  I was on the edge of my seat through most of the play, and had probably forgotten to breathe on several occasions that afternoon. 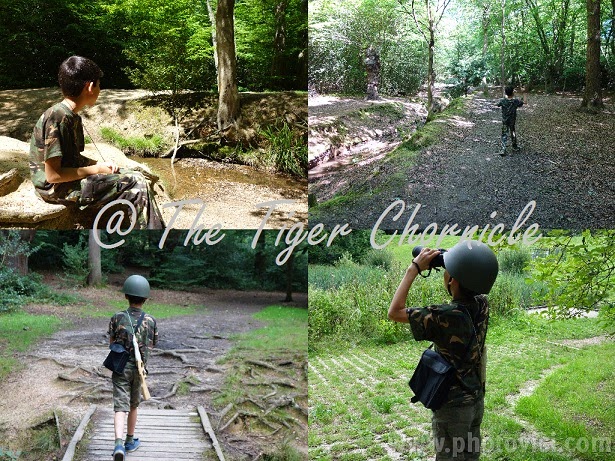 We spent some time in the woods before the weather turned, but not as much as we did in the previous years.  We miss our long walks and adventures in the forest! 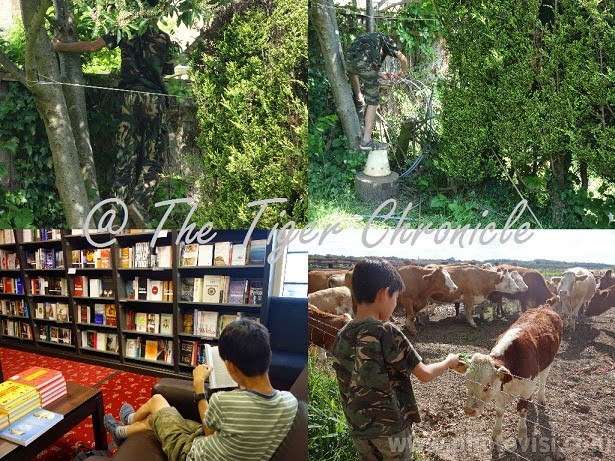 While we were not running around outside, Tiger spent his time inventing adventures for himself in the garden, or we would hang out in bookshops to read.  On a few of the short walks we would make time to stop and chat to the friendly animals we met on the way.

One day, Tiger spent an hour in his room making a necklace for me. 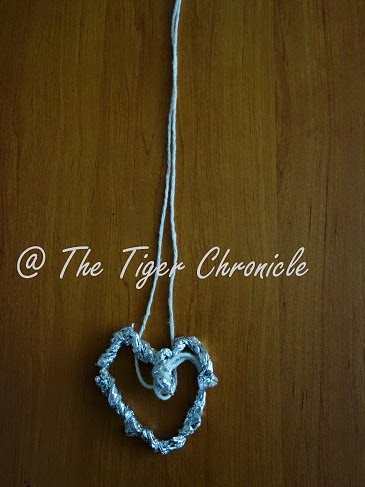 There was a lot of banging and knocking sounds coming from his room that morning.  If I didn't know otherwise, I would have thought a blacksmith lived upstairs!

When the noise finally stopped, Tiger presented the necklace to me.  I think it's beautiful, and exceptionally well designed with the twists and turns on the pendant reminding me of Celtic jewellery. 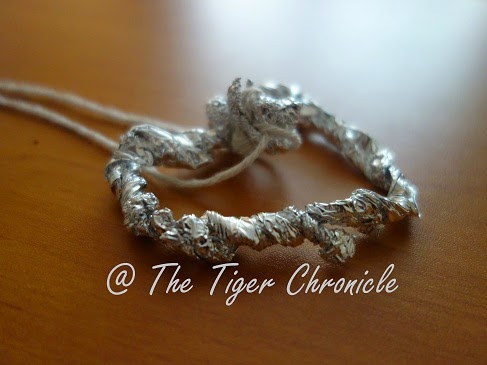 I don't know whether Tiger was inspired to make the necklace after learning about the Qixi festival a few weeks ago.  Sometimes it is appropriate to just accept a gift without asking too many questions.  Tiger has always presented me with small handmade items since he was very little, so this might just be another one of his loving gestures.  He is a very affectionate boy -- much like his father -- and this warms my heart more than the summer sun does.