After the zodiac workshop at the British Museum, Tiger and I went around Room 33 to have a more detailed look at the artefacts and decided to each draw an item that caught our eyes. 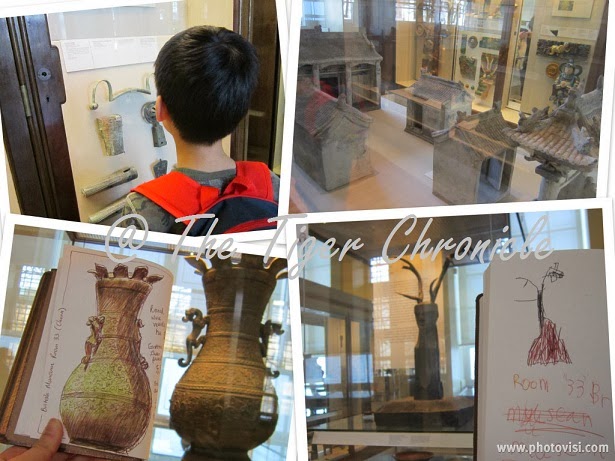 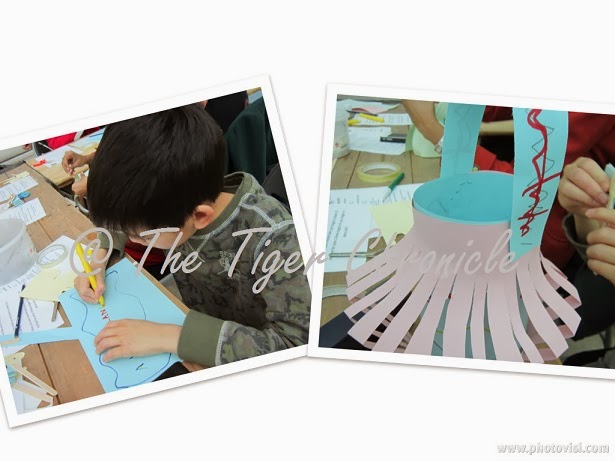 Since we are celebrating the 15 days of Chinese New Year, we decided to find out more about this festival. We learned about the origins of the festival from different clips:

and also about the significance of the lanterns to the Chinese, and to the festival in particular:

We also learned about the riddles that accompany the lanterns:

And how the festival is celebrated slightly differently in different parts of the Chinese region.  For example, the celebration in Beijing would consist of visiting the temple markets, fireworks, and admiring the displays of lanterns:

Whereas in Taiwan, the same festival is marked by the release of Sky Lanterns to the night as a sign of prayers to the heavens:

Armed with all the information that we have learned, Tiger and I decided to make a few lanterns to hang at home to mark the occasion.  We followed the instructions from the clip below to make the basic shape of the lantern

before making a few improvisions of our own: 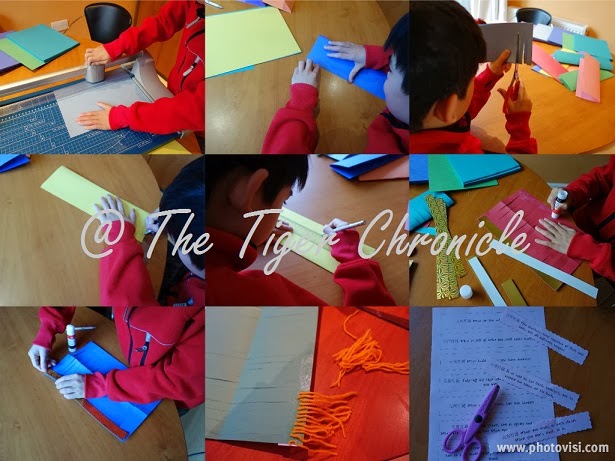 Tiger enjoyed looking at the riddles and trying to solve them.  I told him that they are meant to be pondered over for the night, rather than being solved immediately.  He has been slightly tormented by a few of the riddles since they were hung up. 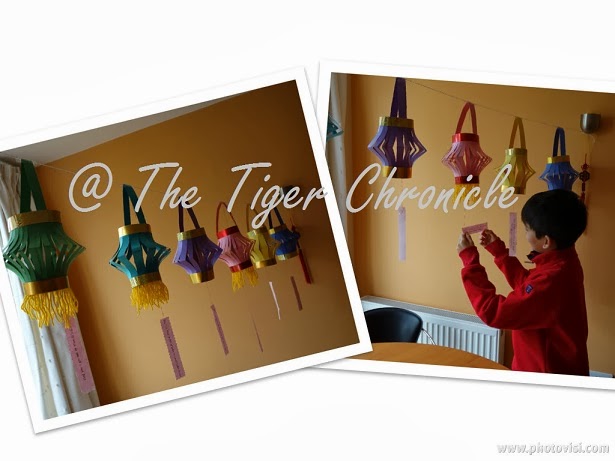 The other significant aspect of the Yuanxiao Festival is the eating of dumplings, called yuanxiao (元宵) in Northern China, and tangyuan (汤圆) in the South.  From what I understand, the Northern version is usually savoury with its filling being marinated minced meat, while the Southern version is sweet with fillings such as red bean paste, sesame paste or peanut paste.

Tiger made some tangyuan following the instructions found in video above. 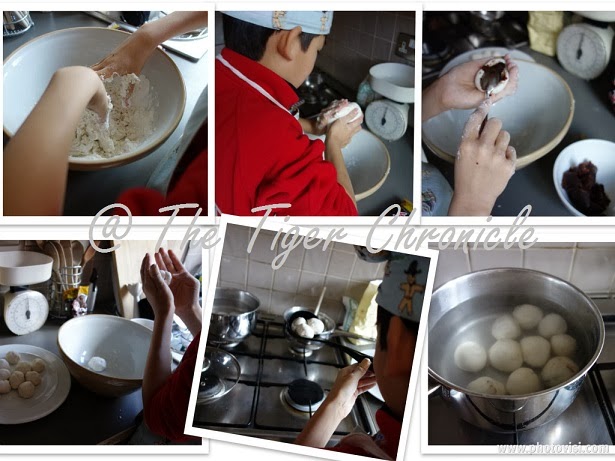 While Tiger's tangyuans were cooking, I added the packet of commercial tangyuan that we bought from the oriental supermarket on Tuesday to let him make some comparison.  The tangyuans were served in a bowl of hot, sweet soup made from boiling together 100g honey, 500ml water, and six slices of ginger. 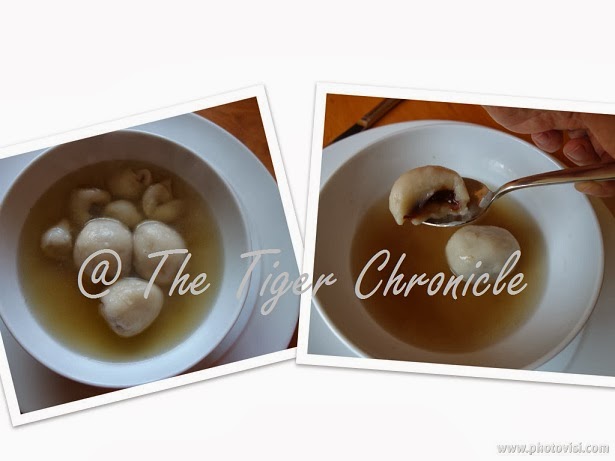 I decided to also make the Northen yuanxiao for Tiger to compare them to the sweet tangyuan above. 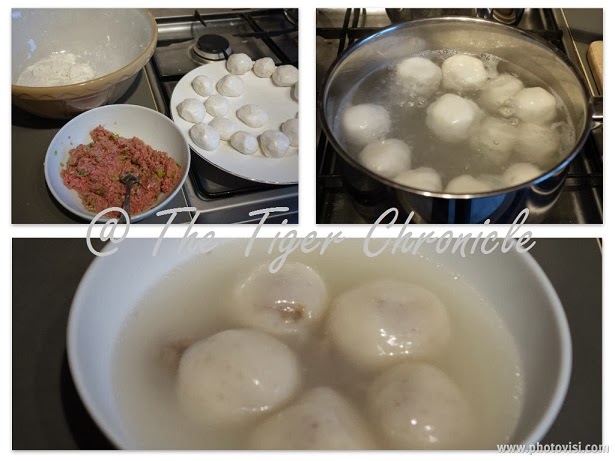 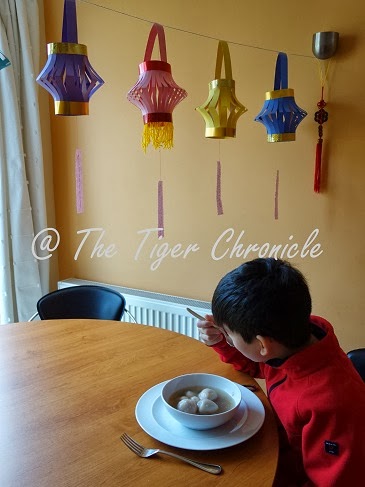