Eye on the Ball, Please! Part 5

This is the fifth part of a series of my termly plans from now until Easter (April 2014).  The first three parts are:

Ball #5: History and the Arts
British History
It seems that we have been studying Medieval England for ever and ever.  The short stint with Chinese culture over the two weeks of Chinese New Year has rekindled my interest in exploring world history through the trading route of Marco Polo.

The last time I looked, we were still studying the Plantagenets with Edward I and his trebuchet.  There are two more Edwards who ascended the throne immediately after him, so I thought it would be a good idea to round up the next two Edwards before we take a break from British History.

Therefore, in the next two months our focus will be on various significant topics that happened during the reign from Edward I to Edward III, specifically:

Being the out-and-abouters that we are, there will definitely be plenty of field trips and workshops to supplement our study at home.  Now, if only I can get myself organised to make them happen...

At the same time, because of Tiger's interest and involvement in the Young Archaeologists' Club, we will also be working through the Archaeology's Dirty Little Secrets course this term.


The Arts
Visual Art
I have been wondering for some time now why our artist study has taken a back seat this year.  The answer seems to point to the new (and positive) focus that we have been taking in Tiger's Chinese study.  The time and energy required to establish a strong foundation in the Chinese language makes it difficult to carve out extra time in our week to do proper indepth study of any artist's style.   Nonetheless, I am still very fond of going to art galleries and exhibitions, so we shall strive to bring artist study back, now that we have established some routine and method in how we study Chinese.

From now until Easter, I plan for us to study the following artists:
In addition, there will be many opportunities in our history study to create crafts so we will be spending time on that as well.


Theatre
As a supplement to his drama sessions, Tiger and I will be learning about another aspect of theatre, physical actor training, from the course here.


Music
Music has been terribly neglected since September, apart from Tiger playing around with the electronic music software by himself and experimeneting with different sounds.  In this respect, he is not inclined to have instructions, at least for now, so I intend to let him just play around with it until he finds his own gaps and feels the need for further assistance. 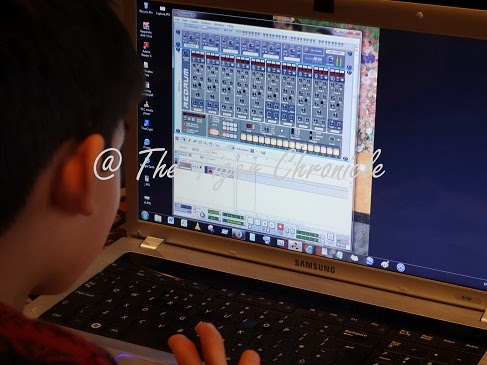 I haven't found an approach to composer study that I like, but this term we will endeaver to start the process by focusing on one composer -- Beethoven.  There is no particular reason for choosing to study Beethoven over any other composer.  The choice is made simply because: