The Chinese word for 'year' is 'nian' (年), which happens to be the same name for the ancient monster that used to terrorise people on New Year's eve.  Hence, the family dinner that takes place on New Year's eve ensures that everyone in the family is present at the same place to survive the terrible ordeal of facing the monster together.


Since the story is an ancient one, there are a few different variations but the gist of the story remains the same.


Therefore, on Chinese New Year's Day (this year it took place on January 31st), the Chinese people would celebrate having chased away the beast, 'nian', with a joyous fanfare of firecrackers, loud music and dances (through the lion dance and dragon dance), feasting, and good wishes to everyone.  Tiger got up early on Chinese New Year's Day and made me a card.  He took inspiration from the bowl of tangerines and drew a man eating a tangerine on the cover: 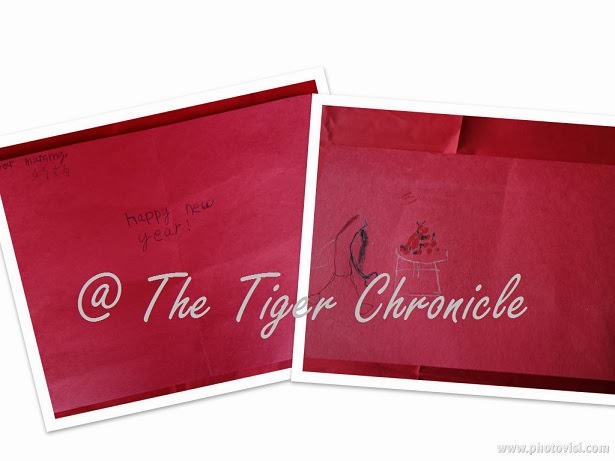 He was given a red packet with some money in it.  At Chinese New Year, the young and unmarried usually receives red packets from their elders or married relatives. 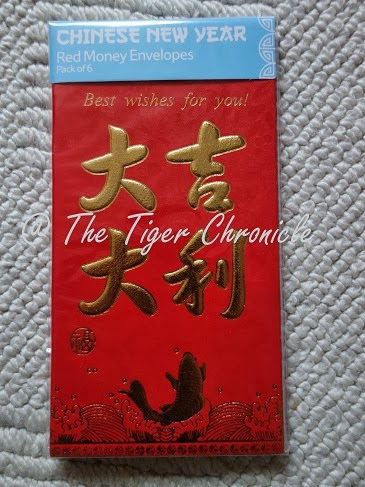 The red packet signifies a form of good wishes and protection from the elders to the youngsters.  The amount of money in each packet depends on the relationship between the giver and the receiver, but the sum in each packet must always be an even number (but not contain the number 4, which is associated with death in the Chinese belief). The number 8 is extremely popular for the Chinese, because the pronounciation of the number 8, "ba" (八), is very similar to that of "fa" (发) which means to prosper.  The Chinese belief in numerology is another big topic on its own, but you'll get an overview of it here:


Just out of interest: the concept of lucky numbers is not unique to the Chinese.  Apparently, the West has its own idea of certain numbers being luckier than others: