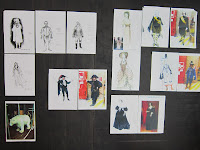 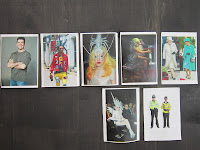 We were then put into groups of four or five to brainstorme ideas on what we have understood so far about costume designing: 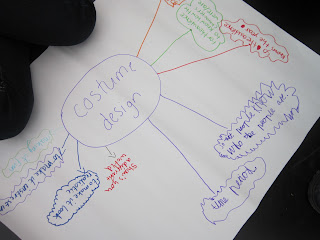 Each group was given a well-known fictional character to create the costume for, using scissors, markers, cellotape, and brown papers.   There was much discussing, drawing, cutting, measuring, and sticking together pieces of paper.  One thing I really appreciate about workshops like this is the exposure to group dynamics -- e.g. collaborating, sharing ideas, adapting to others' working styles -- for Tiger. 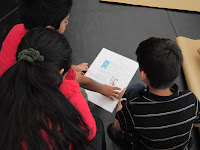 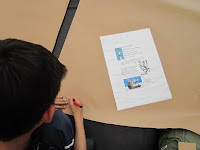 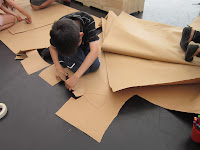 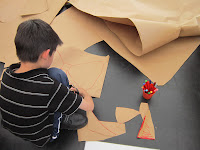 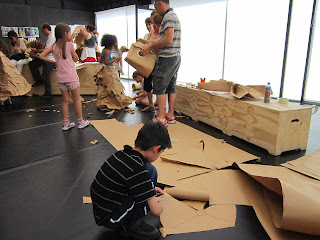 The character we were assigned to was The Cat in the Hat. 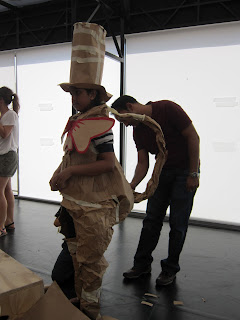 Here is a sample of the various costumes created within the 45 minutes we were given: 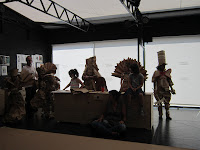 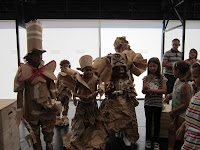 Once again, we enjoyed ourselves thoroughly.  Now, I am on the lookout for suitable theatre/drama classes for Tiger.