A new way to move

We were fortunate enough to be able to take two very professionally run workshop at the National Theatre, which seem to help cement Tiger's interest in drama and theatre work.

The first was a movement workshop whereby participants were treated to some of the exercises that professional actors at the theatre do, for example moving at different speeds in a comfined space in gradations from 1 to 5, or improvising movements to convey a scene or a feeling.  The main project we had to do for at the workshop was to work in groups of fives to create a scene that we were given.  It was a lot of fun and we were most impressed with the professionalism of the workshop leader who also happens to be an acting coach there. 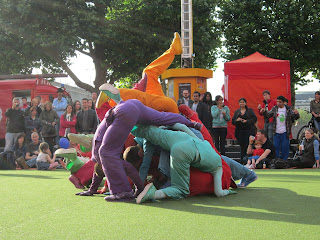 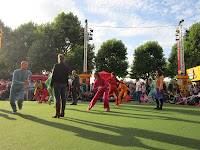 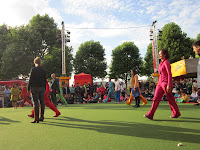 I was so engrossed in participating in the workshop that I did not take photographs of it, but we watched the following performance just outside the venue, which I think would give you an idea of what the workshop was about: