We don't always have snow in winter where we live so while there is snow, we make the most of the learning opportunity presented right at our doorstep.

First we learned that the amount of snowfall looks more than it actually is, because snow contains trapped air.  Tiger filled a glass with the top layer of snow, before levelling the top off with a ruler. 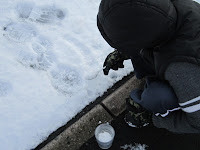 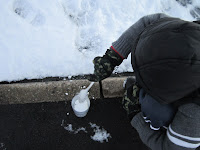 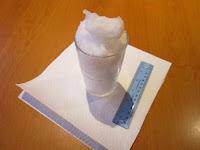 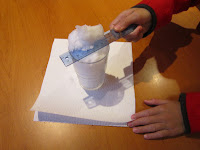 We started the experiment with a cup full of fluffy snow.

We also did a quick, low-tech review of the different states of matter and the corresponding processes that occur to make the changes, with Tiger giving me examples of materials in each state. 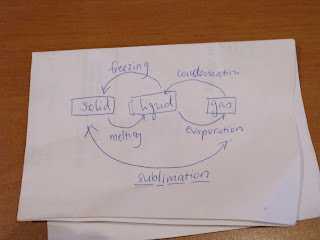 The next experiment is to demonstrate the difference in rate of fall between a snowflake and a raindrop using two balloons -- one inflated, the other not.  Tiger dropped them at the same height, then explained what caused the difference in rate of fall, which he thought was due to different air pressure caused by different amount of air contained within each balloon. 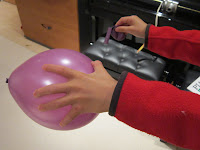 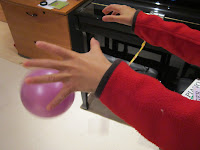 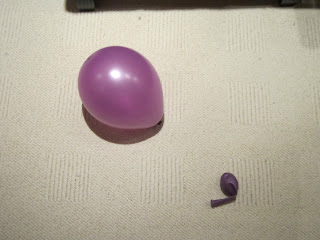 I thought he might have a point there, but the explanation given in the book we use says that the difference is due to different surface areas exposed to friction in the air. 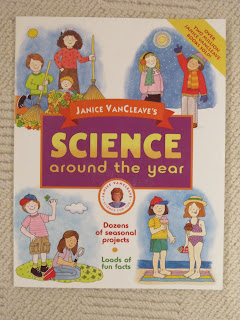 The movement of snowflakes in the air and other interesting points about how snowflakes are formed can be found in the following clip:


No study of snowflakes is complete without mentioning Snowlake Bentley.  We had read the book before when Tiger was in his preschool years, but now we are relooking at it again to recap: 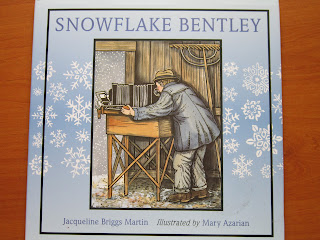 We also watched a short film about him:


I dug out a set of snow crystal prints that I had printed off and laminated into cards years ago.  We admired the intricacies of each snowflake and noted certain mathematical characteristics: symmetry, hexagonal patterns. 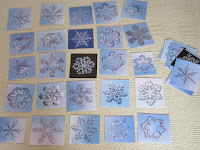 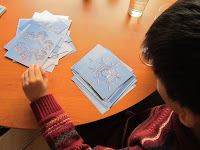 We then attempted to cut out some paper snowflakes with the same hexagonal patterns.  To make the folding easier, we decided to cut out circles first.  It took Tiger a while to get used to handling the mathematical compass to draw different sized circles on the coloured papers: 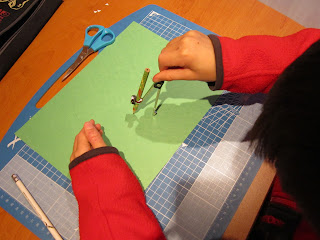 The folding and cutting were quite simple, once Tiger figured out the instructions to fold the circle into sixths. 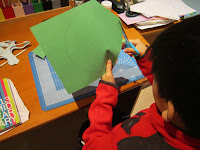 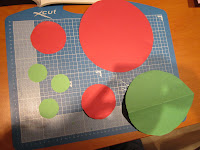 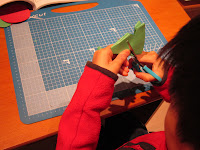 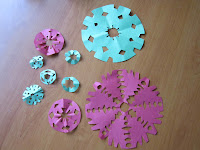 We played with the online interactive Make-A-Flake game for a while but decided that we prefer to cut real papers.