Getting to Know Dickens

After spending two Christmases of reading A Christmas Carol by Charles Dickens, we finally have arrived at the Victorian period in our history study to justify spending more time learning about the man and his novels that serve as very strong social commentaries of what life was like in the Victorian times for the poor. 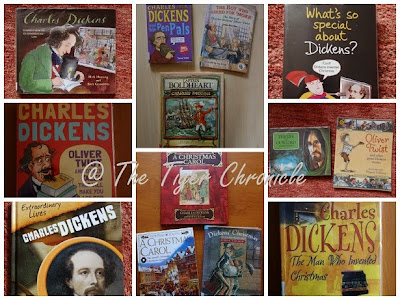 One of the Museum of London's workshops, Dickens in context, serves as the perfect tool for us to combine the study of both history and literature in the same session.

The workshop started with a drama session where 'Charles Dickens' was in one of his press conferences, with the children participating as reporters who asked him questions (prepared by the museum beforehand) that were designed to weave together his life story, the novels that he had written, and the Victorian society in general. 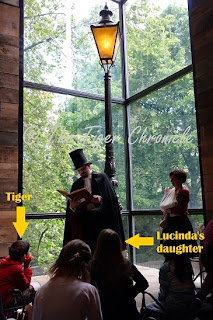 The session was cleverly designed to engage the children, so that everyone could get a really good idea of the context of Dickens' novels and characters even if they have not read all his work.  Another point of interest is that we met Lucinda and her daughter at the workshop, who are both as lovely in person as they are on her blog.

The group then had a good hour to explore the People's City gallery, which showcase many artefacts that trace the rapid economic and social changes that took place in London from the Victorian times to the beginning of the Second World War. 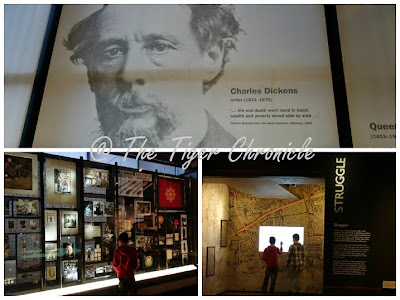 The rest of the day was spent in an object-handling session where the group was shown real Victorian objects that they were to guess/identify the items and what they were used for, as well as the socio-economic class that those objects would have belonged to.  The class divide was very pronounced in the Victorian times -- people today are still as obsessed about it although most have learnt to be more discreet -- so it was not difficult to figure out that the chimney broom and the shoe-shine box belonged to the working class while the hand mirror and the jewelry box belonged to the mid-to-upper middle class. 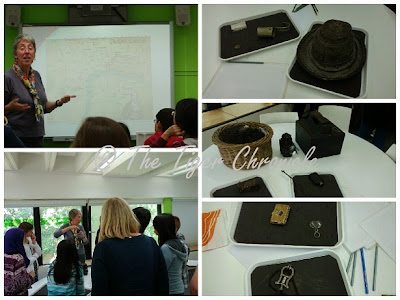 All the work done by the group that morning, i.e. the drama session, gallery viewing, object handling, culminated in a final, creative writing session where the children were given a short excerpt of one of Dickens' novels (each group had a different excerpt) and a visual representation of a Victorian scene (again, each group had a different picture), and they had to do a simple analysis of his literary techniques before attempting to write their own version of a descriptive paragraph in the Dickensian style in 10 minutes. 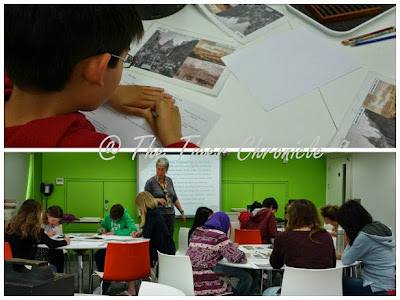 The group was of mixed ages (the children were 10 to 14 years old) and mixed abilities (some children are natural writers, while one or two struggle with putting words on paper), as is typical of homeschooling groups, so this final exercise was quite challenging for a few in the room but everyone attempted it in good spirits and was happy to share their individual writing with one another at the end.  I was very impressed with the positive attitude of everyone in the room, and even more with the quality of the paragraphs each one wrote in the short time.