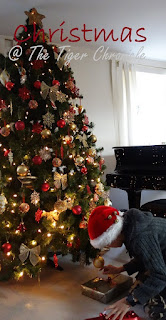 For us, the Christmas season starts when the following items appears in our house: mulled wine and mince pies. 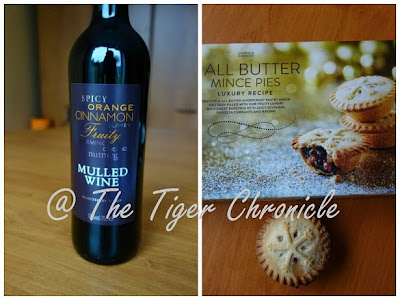 Tortoise and I plan to train ourselves to become mince pies connoisseurs this year by tasting all the commerically available mince pies and then making a comparsion chart to show our results by Christmas.  If this isn't an excuse for gluttony, I don't know what is... but at least our intention is to come up with a really useful chart at the end of our exericse to enable us to make a more informed decision about which brand of mince pies to buy next year.  There is some good to this over-indulgence, really.

As for the mulled wine, it is my private acknowledgement of the arrival of the Christmas season.  Tortoise can't stand mulled wine.  He says it's because he doesn't like spiced drinks, but I suspect the real reason is because he doesn't drink cheap wine (that means anything less than £25 per bottle).  To be honest, the quality of red wine used to make mulled wine is indeed sub-standard, but the mulled wine was introduced to me the first time I spent Christmas in England many years ago so for me, the drink has a very strong association with Christmas in this country, even though the first glass of mulled wine I had was ghastly due to it being over-heated.  Every December since, I have drunk it purely for sentimental reasons and this has become my little private festive ritual.

Before anyone leaves this post in digust at our over-indulgence, let me just clarify that:

Luckily, it's not all gluttony and drunkeness here.  We only indulge in the above in the "after hours", i.e. after Tiger has gone to bed.  In the day, I continue my role as a hardworking, responsible parent by participating in wholesome activities such as: 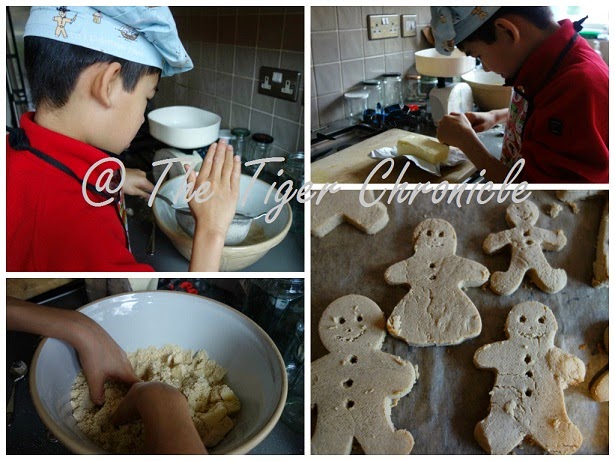 Our gingerbread family turned out whiter than normal because we used a traditional Victorian Christmas recipe for the "White Gingerbread" and we had used a combination of coconut flour and almond flour for our base instead of the usual wheat flour.  The substitution did not go smoothly as the mixture was too crumbly at first so we had to tweak the recipe even more to make the dough hard enough to cut.  In the end, the activity that should have taken us at most 30 minutes took two hours to complete!

All this time, I wasn't just standing around taking photographs.  I actually helped to turn what was destined to become a crumbly mess into something edible.  I bought two Christmassy aprons to put us in the mood of Christmas cooking -- one for Tiger, one for me. 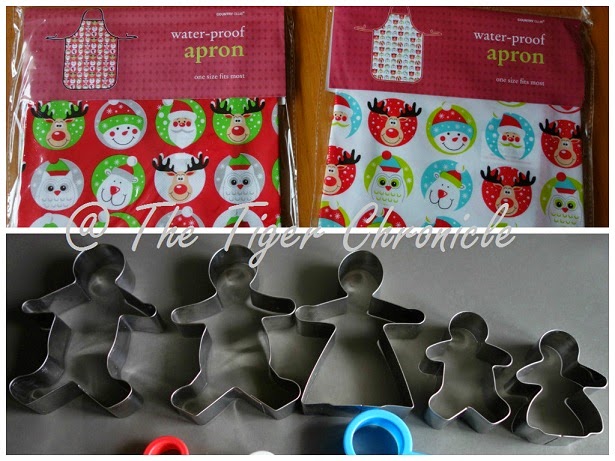 2) making cards
I was originally very excited about the prospect of us showcasing different card designs this December.  However, when we made a list of everyone that Tiger is to make cards for and the count totalled to 15 (aren't we popular?), we decided to be more realistic about our capability and stamina, and settled for learning to do one design very well. 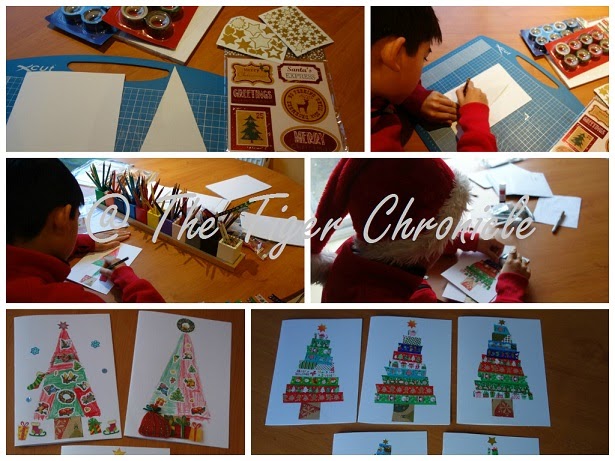 We followed the instructions found here, with some modifications.  Next year, we might attempt more design varieties but I am happy that, after mass-producing 15 cards of the same design, we have now added this design to our crafts repertoire and can produce it with our eyes shut, almost spontaneously.


3) music
This week we started to immerse ourselves in Bach's Christmas Oratorio.

We have also been very good about learning our first Christmas carol, Joy to the World:


Another surpise here is how enthusiastic Tiger has been about learning to sing it and the fact that he asked to sing it several times throughout the day!


4) Christmas stories
I found a gorgeously illustrated book to go with learning the carol, a good summary of which can be found here. 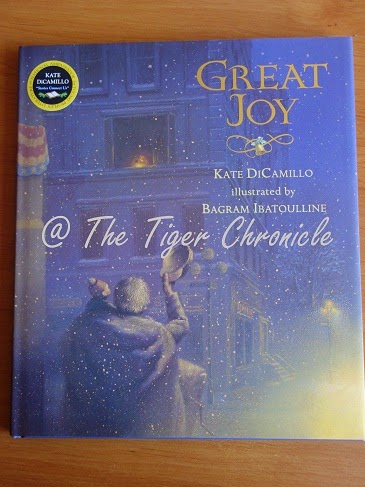 Tiger and I read the book together and had a little discussion about the basic elements of literary analysis (such as: setting, characters, conflict, rising action, climax, resolution, conclusion).  Then our discussion took on a broader, somewhat philosophical scope to include:
1.  homelessness
2.  charity
3.  idealism versus pragmatism

We are just beginning to discuss books in this way, as Tiger starts getting to an age when he is able to consider such questions in a meaningful way.  Like the baking this week, our discussion took way longer than it would have been had we just read the book, but I feel the time was well spent and Tiger relishes at the new challenge of having to think a little deeper and harder about what he reads.

However, not all books are to be discussed as such otherwise the process becomes tedious so Tiger also read the following for his own enjoyment. 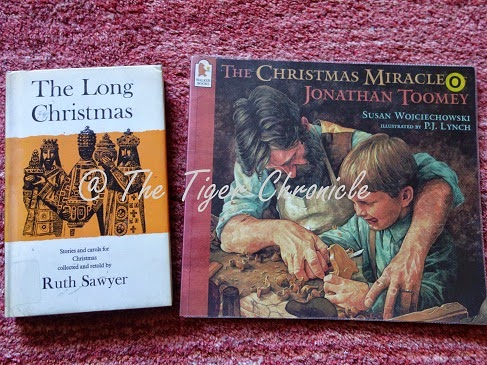 5) Christmas STEM
We looked at a few maths problems from the Chrismaths book that I mentioned in the Christmas curriculum post.  The book's problems cover a wide range of ages (KS1 to KS3) so we started in the middle where the problems look more suited to Tiger's current ability but found them not overly exciting so we switched to working out the problems from this year's primary maths advent calendar.

One advent calendar led to another.  We also looked at the 2014 Chemistry Advent Calendar to get our daily dose of chemistry snippets.