A Visit to Dickens' Home

Having spent a fair bit of time immersing in the world of the Victorian poor through Charles Dickens' novels, it was time to visit Dickens' adult home in London, which is now the Charles Dickens Museum. 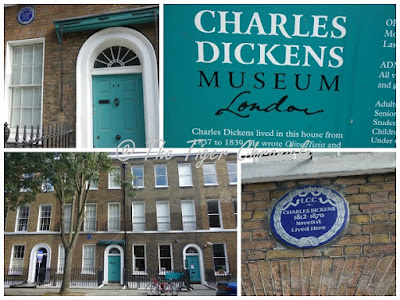 The inside of the house is very much preserved in the same condition as when Charles Dickens was living there. 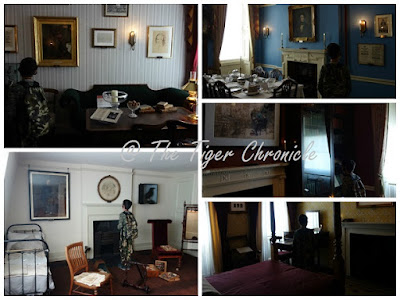 Of all the rooms in the house, I found the kitchen to be the most interesting place, which probably has muchg to do with my having to spend most of my time at home in the kitchen!  Another eye-opening experience for us was seeing the wash basin in the laundry room that was used to keep the Christmas pudding (as was the practice in the Victorian times). 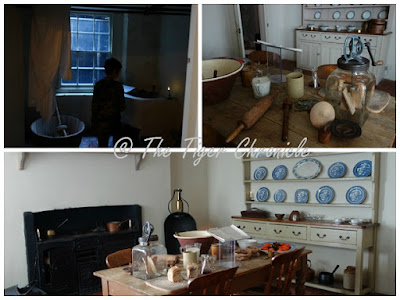 Two other items in the house also caught our eyes.  The first was part of the Marshalsea prison grille, which represented a very traumatic time in Dickens' childhood. The actual prison is long gone (as we saw on the Dickens tour a few weeks ago) but bits and pieces of it still remains in various locations, and the prison is vividly described in a number of novels, most notably in David Copperfield and Little Dorrit. 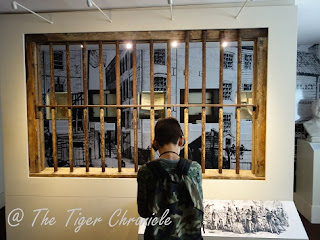 The second is a simple-looking window that was mentioned in Oliver Twist as being the window out of which Oliver Twist was pushed by Bill Sikes during the burglary. 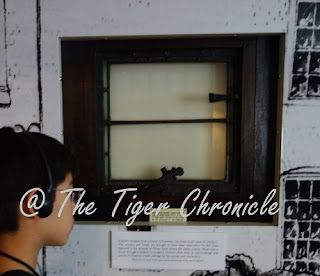 The window is very small, so one can imagine how scrawny and malnourished the poor boy must have been to be able to squeeze through it!
Posted by Hwee at 11:18 pm