Woe to Being Poor

One of the most famous Charles Dickens character is Oliver Twist.  The novel has been adapted so many times that everyone would have heard of it even if they had not actually read the book. 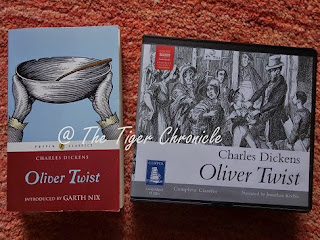 I find the novel difficult to read, less so due to Dickens' language but more because of his depiction of the cruelty operating within the Victorian workhouse system and the predatory nature of human beings upon those who are weak and vulnerable.

Using the same approach as we have done for our Dickens' study so far, we went out in search of the actual workshop that inspired the story of Oliver Twist.  We found it in the abandoned annex (previously the outpatient unit) of the old Middlesex Hospital. 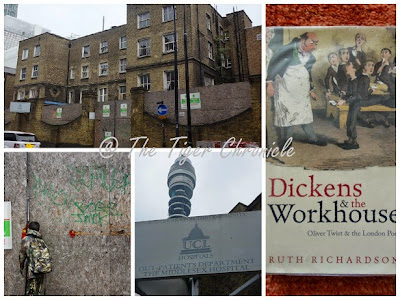 According to a book that has researched into the same topic, this part of the hospital was originally the Cleveland Street Workhouse in the Victorian times and was very nearly demolished had it not been for the campaigning efforts of people to preserve it for its link to the world famous novel.  The building has been boarded up for years without any signs of conservation or redevelopment, so we could only peer through the narrow slits between the boards to look at the outside of the buildings.

The evidence of the close link to this particular workhouse -- for there were a number of workhouses littered in various parts of London -- is that Charles Dickens lived nine doors away and would surely have seen and heard of whatever went on inside and outside of it. 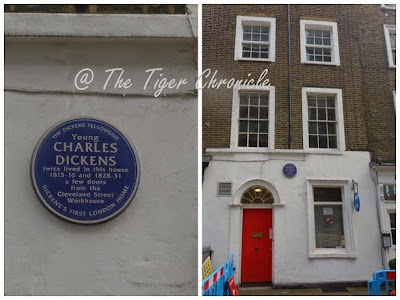 Not satisfied with being shut out of the workhouse, we went to The Geffrye Museum, which used to an infirmary for the elderly poor in east London. 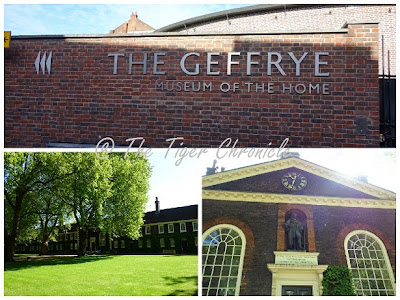 We were there to find out more about the homeless in Victorian times (which inevitably meant admittance to a workhouse at some point under those circumstances). 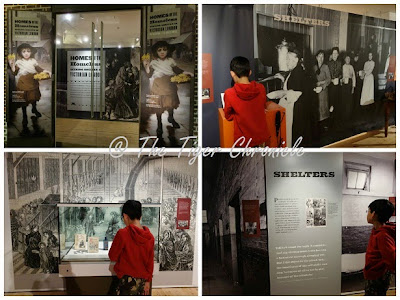 As expected, it is not a particularly cheerful exhibition but it certainly gave us a very good idea of the plight of homeless people in the Victorian times, the various circumstances that gave rise to their dire fate, and of course, details and artefacts of the inevitable workhouse system. 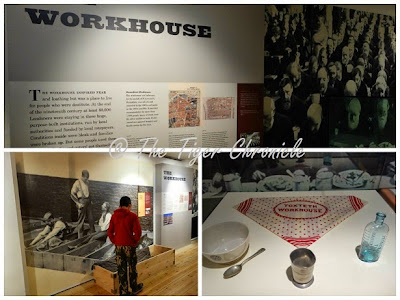 We have read about and heard of inmates picking oakum in Victorian workhouses and prisons, so Tiger had a go at doing that inside the exhibition.  He only did it for two minutes, yet that was enough to set him off, "This is stupid and pointless!"  Having never set foot in an institutionalised classroom before, Tiger has no concept of people being given meaningless tasks to numb their minds or to punish them for falling on hard times. 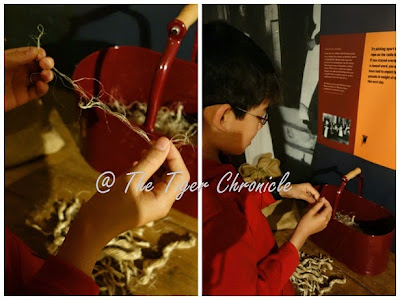 The heartbreaking realisation that we have made is that there are currently 3.5 million children living in poverty in the UK.  It is quite inconceivable in a modern day and when one walks about on London's main streets, but it is true.  The difference between poverty in the Victorian times and today is that poverty seems to be 'invisible' today, as in, we don't see beggars and homeless people on the streets but they do exist.