It started out innocently enough, with us learning about a Victorian explorer/missionary, David Livingstone, and his travels in Africa. 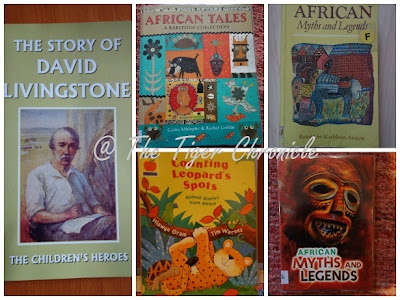 A few chapters into the main book that we were reading for this topic, we came across the concept of slavery, which quickly turned our attention onto the transatlantic slave trade that was undergoing huge changes in the Victorian times when slavery had been going on for centuries but people were just starting to make progess in abolishing the practice, openly at least.  As we saw last month when learning about chocolate, slavery still exists today in various forms. 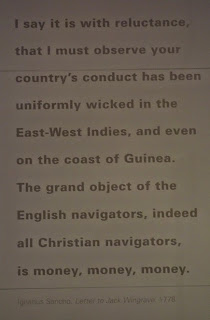 We attended a workshop on the abolition of the slave trade at the National Gallery, where we were shown a few paintings that traced the process of abolition. 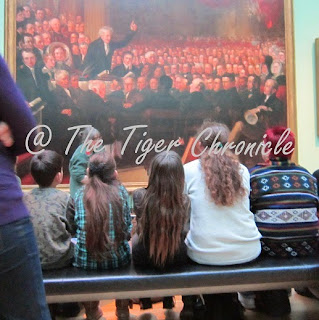 While the art gallery session gave us a good overview into the abolition process towards the end of the slave trade, we wanted to understand more of this sad history of human trafficking, so we attended a Slavery Study Day at the Museum of London Docklands.


This museum is a very relevant to the learning of the transatlantic slave trade, specifically of the sugar trade, because the building was the former warehouse for the sugar that came to London from West Africa, where the sugar canes were grown and where slaves were used on those plantations.  On the third floor of the museum is the London, Sugar & Slavery gallery where we saw some harrowing instruments of enslavement and cruelty. 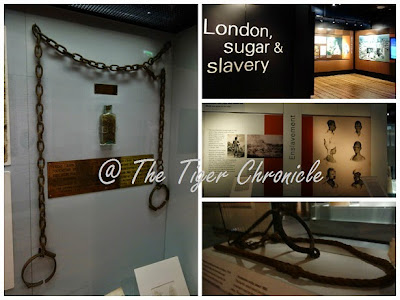 The various sessions throughout the study day were very interesting and informative.  We started with an introductory session where we were given an overview of the slave trade, how it began, why West Africa in particular, people's attitudes at that time, and how it ended. 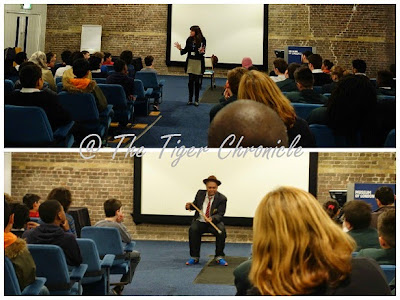 There was also an object handling session where we learnt about Africa pre-and-post slave trade through various objects that symbolise the produce of that continent (e.g. sugar cane, tobacco) and its varied culture (e.g. small bronze sculptures from Benin, gourd drums).  The main objective of the session is to dispel the misconceptions of early Europeans that dark-skinned people were sub-human or that they had an inferior/non-existing culture, which I think the children understands very well. 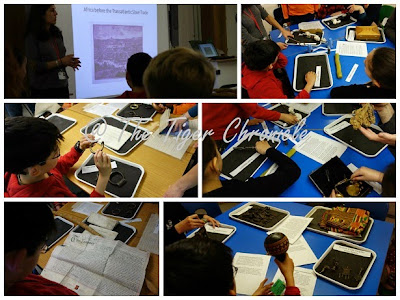 The most interesting session of that day, for me, was the poetry session where the workshop leader engaged the children in various language exercises to reflect upon what they had heard, seen, and felt in the previous sessions, in relation to the topic of the day, i.e. slavery.  The children then had to write a short poem about slavery.  There was a family of African descent in attendance that day, and those children wrote the poetic verses on the topic that day, far more insightful and sensitively written than anyone else in the room.  I wonder whether the topic being very close to their personal ancestral history has something to do with their ability to feel its relevance much deeper than the rest of us. 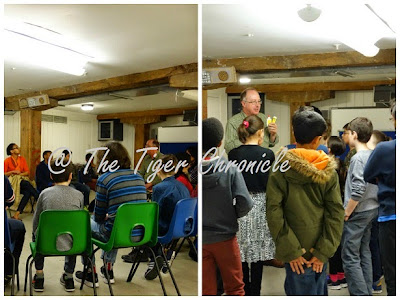 Considering the gravity of this topic, I think the museum has handled the displays and the sessions with great care and sensitivity.  I was very interested in the reaction of the African family to this topic so I observed them for the whole day, in addition to paying attention to the sessions, of course.  It seemed to me that the mother was slightly uncomfortable with certain exhibits in the gallery and with some points that were discussed in the various sessions.  I imagine it must feel strange for someone of African descent to hear about the history of slavery from Europeans.  I personally would be very interested to hear the British side of the story about the Opium Wars but since this topic is not in the National Curriculum, I would not have the pleasure of seeing how it is taught to children in this country, if at all.
Posted by Hwee at 12:07 am