Tiger and I went on a Dickens tour in London to help us trace the steps of some of the significant sights mentioned in his various novels.  As Dickens' novels are mostly about lives of disadvantaged (and often poor) class in the Victorian times, the tour started, unsurprisingly, at Borough tube station. 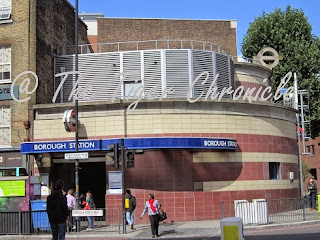 Naturally, the tube station did not exist in the Victorian times, so what we are interested in is the layout of the road junction directly opposite the station.  According to our tour guide, that layout has not changed since Dickens' time, except that it was used by horses and carts back then. 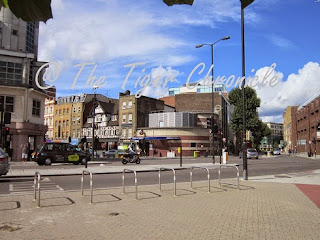 A few mintues' walk away is the St. George the Martyr church which features quite strongly in the novel, Little Dorrit, for it is the church where the named character was baptised. 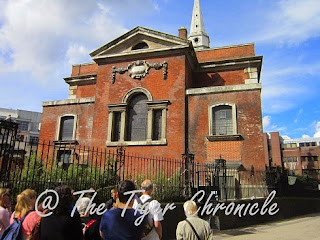 At the north side of the church, less than 100 yards away, is the remains of the Marshalsea Prison where Charles Dickens' father was imprisoned for debts and where the fictional character of Little Dorrit was born. 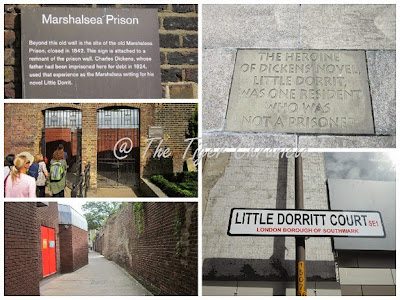 The Victorian insolvency law, prior to the Debtors Act in 1869,  is rather peculiar in that the people who could not repay their debts could be thrown into the debtors' prison for a very long time, and without any means of 'bailing' themselves out as they were not allowed to earn an income to repay their debts.  Charles Dickens' family lived in the prison with his father for the duration of his imprisonment because they could not afford to live outside on their own, Charles being only 12 years old at the time of his father's imprisonment.  The experience of having to live in a prison (albeit for a short period of time) and the consequential work experience at the blacking factory must have traumatised him greatly because the debtors' prison feature quite prominently in many of his novels.

Further along we came to a garden established by the Victorian social reformer, Octavia Hill.  She was one of the pioneers who campaigned for better living conditions -- specifically open spaces in London -- for the poor. 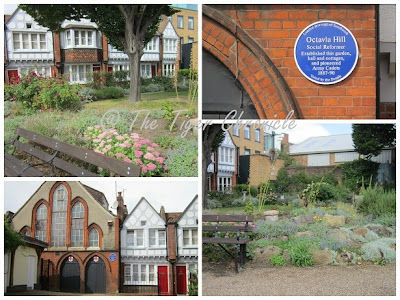 A few streets along, we came upon an informal shrine for what is left of the Cross Bones graveyard.  The site was basically a mass grave for the outcasts of society (most medieval to the Victorian time), i.e. the paupers, but mostly prostitutes. 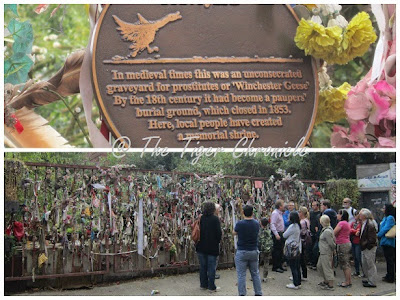 After learning about all the sorrow and sadness (it appears that one needs to have quite a strong heart to be able to get through the real stories that inspire Dickens' novels), it was time to head to the inn.  Not just any inn, but The George Inn, which has existed since the 16th century abd where both Shakespeare and Dickens had visited.  It is also mentioned in Little Dorrit. 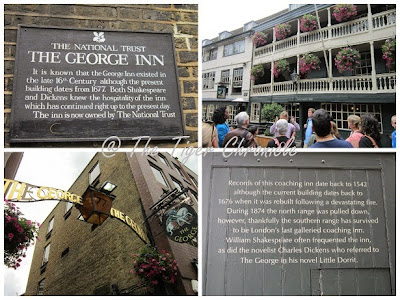 The fascinating thing about London is that it is such an old, historic city that there are significant sights of historical and literary interests to be found at nearly even turn.  For example, what appears to be an ordinary, insignificant-looking alleyway turns out to be the site of the "White Hart Inn" mentioned in Shakespeare's play, Henry VI, and in Dickens' The Pickwick Papers. 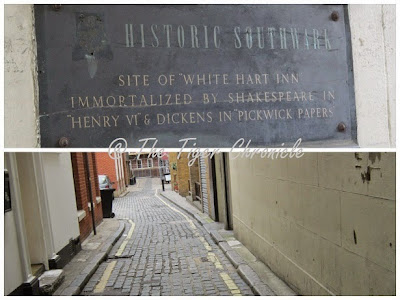 On another day, we were walking in another part of London when we chanced upon The Old Curiosity Shop! 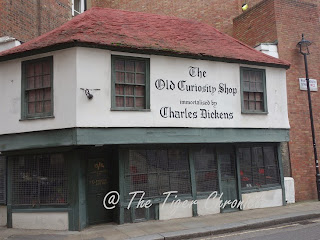 It is entirely possible that, as we are currently focused on Charles Dickens and his work, that we seek out opportunities to learn more about him, which in turn results in various serendipitous occurrences such as the above.  One can certainly learn a lot by walking around in the ordinary parts of London -- in the same way that Charles Dickens did to gather ideas for his stories -- if the walks are taken with keen interest and a sense of curiosity about one's surrounding.
Posted by Hwee at 10:50 am