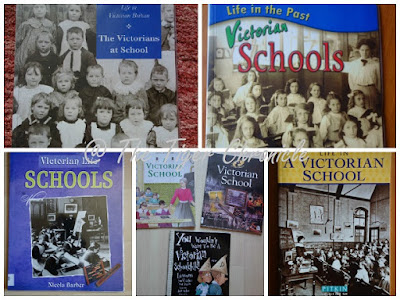 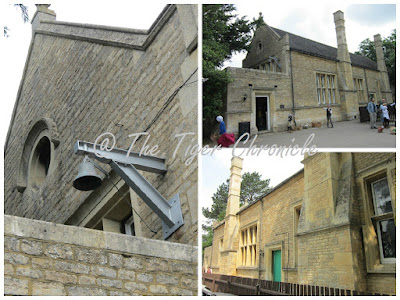 The school that we went to is located  at the Stibbington Day Centre, which was a former school in the Victorian days, so the surrounding and atmosphere are all very quaint.  In addition, for a quintessentially Victorian experience, the children were all asked to dress up in Victorian school-children fashion and were given a Victorian identity (based on real students' register held in the school archive) upon arrival that they were to assume for the day.  Thus, Tiger became 12-year-old 'Arthur Liquorish' on that day. We arrived early so the children had some time to play with the Victorian toys that the workshop leader had very kindly put outside for this purpose. 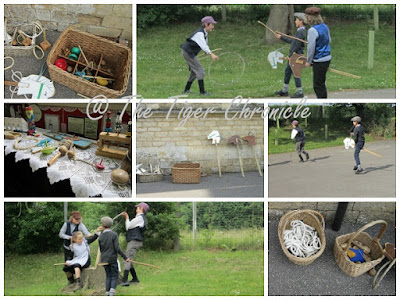 Suddenly, the headmaster appeared so all the children had to line up in one straight line before they were allowed to enter the school building. 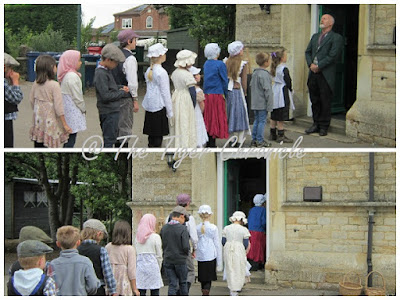 There was more lining up to be done once inside the building.  The children were told to stand in two separate lines: boys on one side, girls on the other, and to arrange themselves in an orderly fashion from the shortest to the tallest. 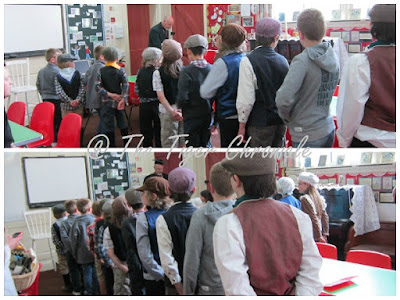 The fun began once the children were inside the classroom.  Again, boys and girls were seated separately. 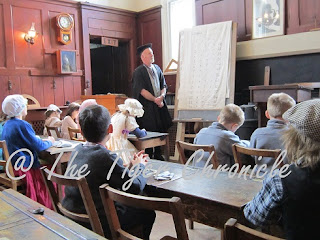 So what did Victorian children learn in school on any given day? 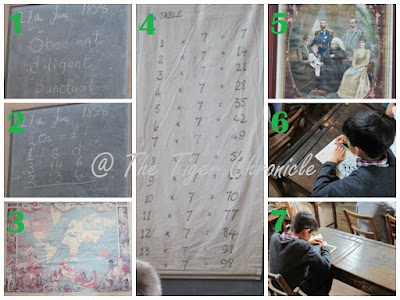 Having a basic lesson is one thing, but you haven't been in a Victorian classroom if you haven't experienced some of the formidable discipline ushered out by the teacher! 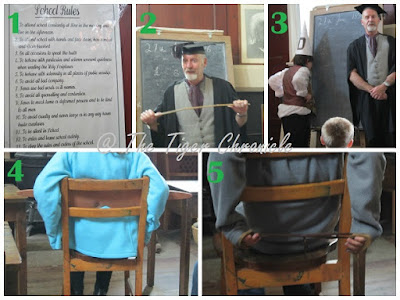 Discipline starts with school rules (photo 1), of course.  If that is not enough, there's always the cane (photo 2) at hand.  Even if you were very obedient, if you can't answer simple questions (the discretion lies with the teacher), you would be made an example in front of the class by being called a dunce (photo 3).  Also, there are ingenious ways to assist children to sit up straight such as placing a wooden board behind their backs and making them hold it in place with their arms (photo 4).  For children who can't sit still, tying their hands behind the chair with a rope (photo 5) can work miracles.

When I was in school, I saw school rules being enforced and the cane being used a few times (on boys only, never on girls), but the methods shown in photos 4 to 6 were new to me. 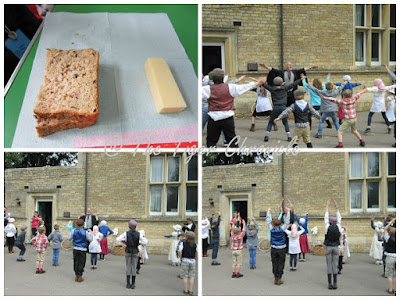 After a humble school lunch of cheese sandwich which consisted of one slice of bread with one piece of cheese (I'm sure boys at the Victorian public schools had better lunches), the teacher led the children outside to do some physical exercises to 'strengthen their minds and bodies', before the school day ended.

Once the school day was over, everyone could relax and we proceeded to do a study about the surrounding village. 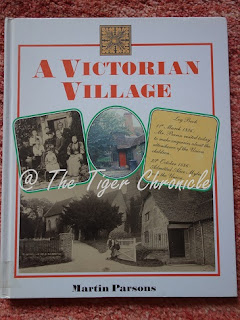 The workshop leader guided us through a one-hour walk in and around the village while explaining to us the changes that had taken place at various significant locations since the Victorian times, and how those changes have impacted the lives of the villagers. 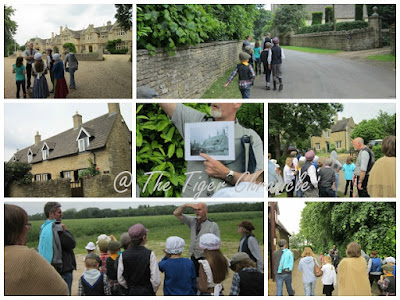 We then stopped at the church, as it was a significant gathering venue in the village (nearly everyone went to church in the Victorian times) and still holds the register of the village.  We listened to a number of stories about people who lived in the village before going out to the churchyard to look for tombs of the families bearing names of the identities that the children were assigned to in the morning. 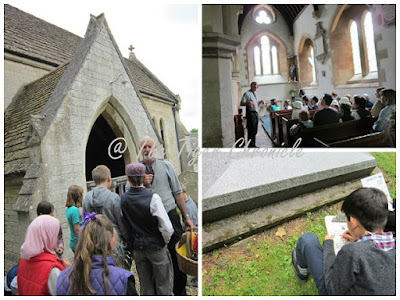 All the walking around in the village and looking at gravestones were in preparation for some family history work to be done back in the school hall. 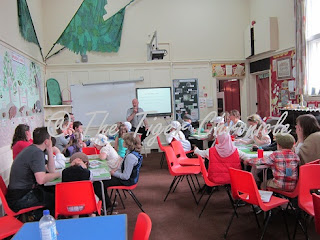 Using the information gathered from the tombstones, stories about changes in the village, and register in the church, the children were taught to think about their own family tree as a starting point to investigate family history. 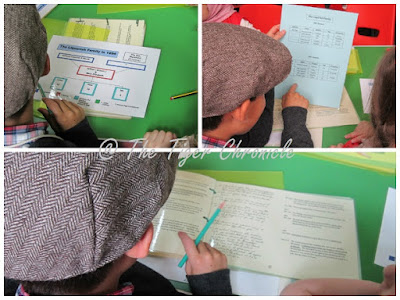 After some discussion, the children were given additional source documents (such as pages of the census conducted in 1891 and 1901, and the school log book) with information pertaining to the families whose children went to Stibbington school in the 1800s from which they learnt to deduce what happened to some of the children, such as there was a year in which the village suffered from the spread of a disease whereby a number of small children from the school died, or that a few children had to leave school at eleven or twelve years old to help earn an income for the family.

This was one of the most fascinating field trips that we have been to because the workshop was so well delivered, with the children being taught what happened to real children in the actual venue of a former Victorian school, using actual source documents.  It is certainly how we like to learn history!