From the Devil's Mouth

Very recently, I started the habit of keeping a commonplace book, which is a fancy name of  what is essentially a reading notebook or what Tiger calls a "quote book".   It is a very simple yet effective method to help one slow down and think of or reflect upon what one is reading, or at least that is how it has worked for me so far.  This practice has been used for centuries by numerous people, and all it takes to start is a pen and a notebook. 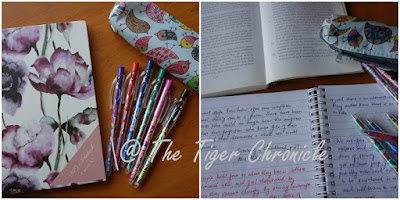 This week's entry is, at first glance, simply too long to be handwritten out, so I am sharing it here with all who are interested in education and who have been observing how numerous "progressive" educational reforms have turned out. 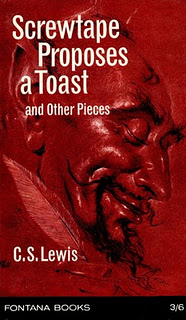 The basic principle of the new education is to be that dunces and idlers must not be made to feel inferior to intelligent and industrious pupils. That would be “undemocratic.”  These differences between pupils – for they are obviously and nakedly individual differences – must be disguised.  This can be done at various levels. At universities, examinations must be framed so that nearly all the students get good marks.  Entrance examinations must be framed so that all, or nearly all, citizens can go to universities, whether they have any power (or wish) to profit by higher education or not.  At schools, the children who are too stupid or lazy to learn languages and mathematics and elementary science can be set to doing things that children used to do in their spare time.  Let them, for example, make mud pies and call it modelling.  But all the time there must be no faintest hint that they are inferior to the children who are at work.  Whatever nonsense they are engaged in must have – I believe the English already use the phrase – “parity of esteem.”  An even more drastic scheme is not possible.  Children who are fit to proceed to a higher class may be artificially kept back, because the others would get a trauma — Beelzebub, what a useful word! – by being left behind.  The bright pupil thus remains democratically fettered to his own age group throughout his school career, and a boy who would be capable of tackling Aeschylus or Dante sits listening to his coeval’s attempts to spell out A CAT SAT ON A MAT.

In a word, we may reasonably hope for the virtual abolition of education when I’m as good as you has fully had its way.  All incentives to learn and all penalties for not learning will be prevented; who are they to overtop their fellows?  And anyway the teachers – or should I say, nurses? – will be far too busy reassuring the dunces and patting them on the back to waste any time on real teaching.  We shall no longer have to plan and toil to spread imperturbable conceit and incurable ignorance among men.  The little vermin themselves will do it for us.

Of course, this would not follow unless all education became state education.  But it will.  That is part of the same movement.  Penal taxes, designed for that purpose, are liquidating the Middle Class, the class who were prepared to save and spend and make sacrifices in order to have their children privately educated.  The removal of this class, besides linking up with the abolition of education, is, fortunately, an inevitable effect of the spirit that says I’m as good as you.  This was, after all, the social group which gave to the humans the overwhelming majority of their scientists, physicians, philosophers, theologians, poets, artists, composers, architects, jurists, and administrators.  If ever there were a bunch of stalks that needed their tops knocked off, it was surely they.  As an English politician remarked not long ago, “A democracy does not want great men.”

Email ThisBlogThis!Share to TwitterShare to FacebookShare to Pinterest
Labels: books, ideas, self education