We saw our first bee of the year (back in April)! 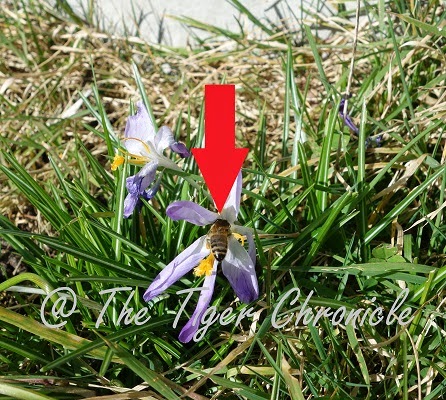 It was one of the rare sunny and warm day when we were enjoying the warmth of the sun in the garden when Tiger spotted the lone honey bee busying collecting nectar from flower to flower.  As it was a little dopey, we were able to observe it very closely such that we could even see its body being covered by pollen and it carrying its pollen basket on its hind legs!


As is becoming quite a (good) habit for us now, we decided to have a go at drawing a bee in our nature journal. 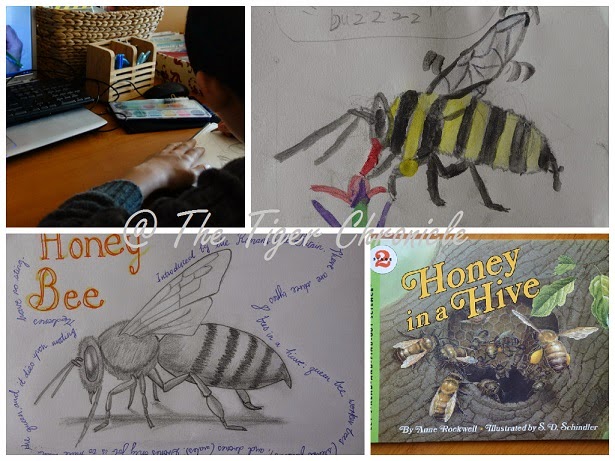 We later learned from the delightful little book shown below that we have drawn the queen bee, with its curved sting. 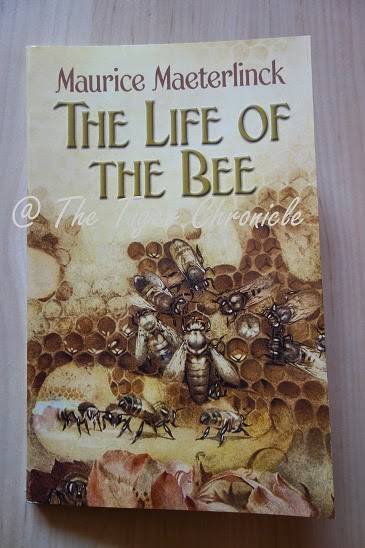 As we felt quite hungry after concentrating on our drawings, Tiger went into the kitchen and made a honey cake while we listened to a rather appropriate (even thought it's about bumblebee rather than honeybee) piece of music over and over again. 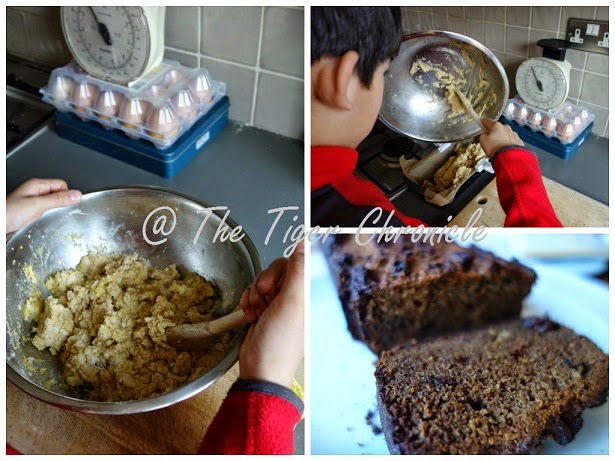 As wonderful as the piece of music is, I won't recommend doing that (i.e. listening to the same 3-minute piece over and over as we did) because now I can hear the music in my head all the time, as if there were a real bee buzzing around inside!  My propensity to hearing buzzing noise is not helped by us looking at the first 21 days of a bee's life while learning about the composer, Rimsky-Korsakov.

Tiger and I took more than six weeks(!) immersing ourselves in the poetic, meditative yet scientifically acute observational prose of The Life of the Bee, by the end of which we both learned a great deal about the fascinating behaviour of the bee and the intimate life within the hive.  The scientific accuracy of the prose that was written over a hundred years ago is validated by a more current documentary.

I got hold of a beeswax candle making kit for Tiger to have a go at feeling and smelling beeswax while making a few candles with the instructions in the kit.  The candles are incredibly easy to make and, according to Tiger, "very satisfying". 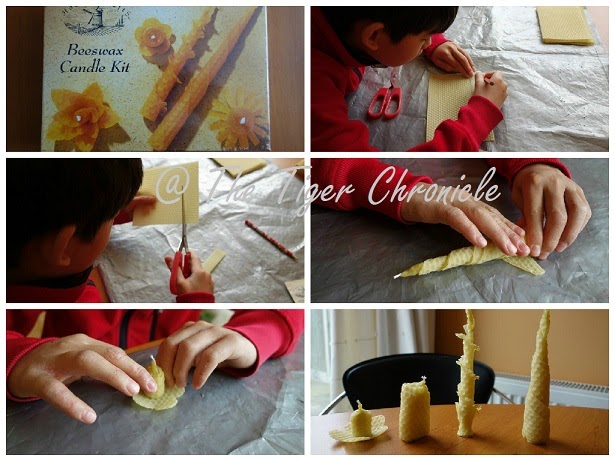 All is good until we started looking more into the current problems of honeybee survival.  It seems that the bees have been in trouble for at least 10 years now, and if the trend continues, the entire food chain is going to be aversely affected.
Posted by Hwee at 10:03 pm