We finally got to the beach at the weekend.  I think that is our first trip to the beach in 2014, and that means that the summer holiday is coming soon! 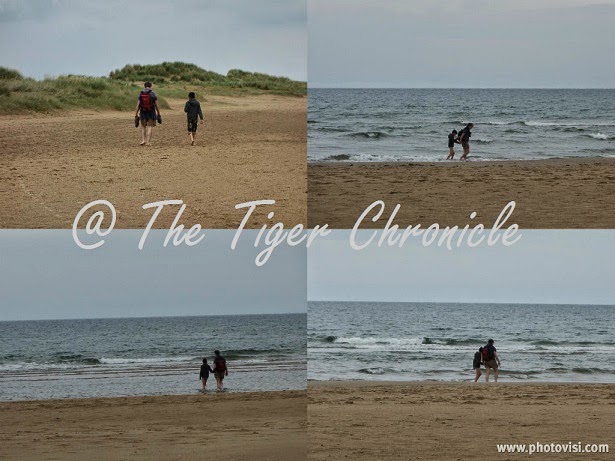 While the boys were busy paddling in the sea or building tunnels in the sand, 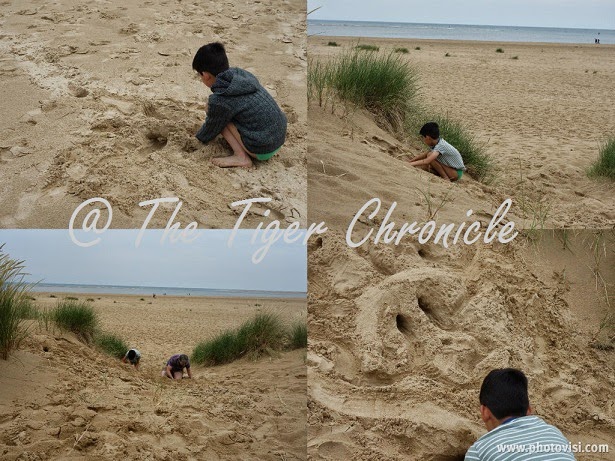 I went scouting for interesting wildlife to see on the shores.  There were plenty of shells and plant life, but the following caught my eyes that day: 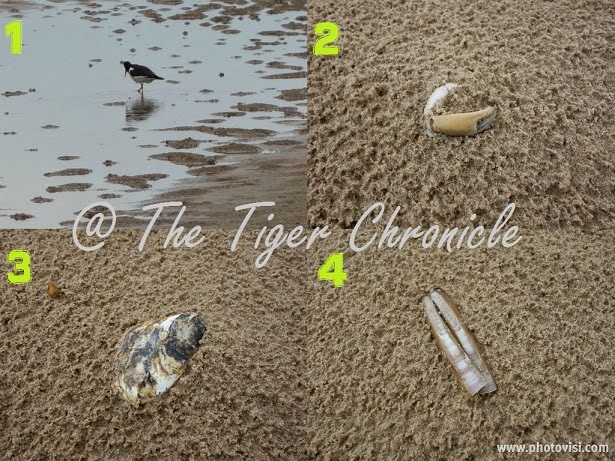 The boys had better luck in the shallow parts of the sea.  They saw quite a few of what I thought was the common jellyfish.  After reading my blog post, Tiger promptly corrected me by telling me that what he had seen was actually the compass jellyfish, according to this jellyfish ID chart. 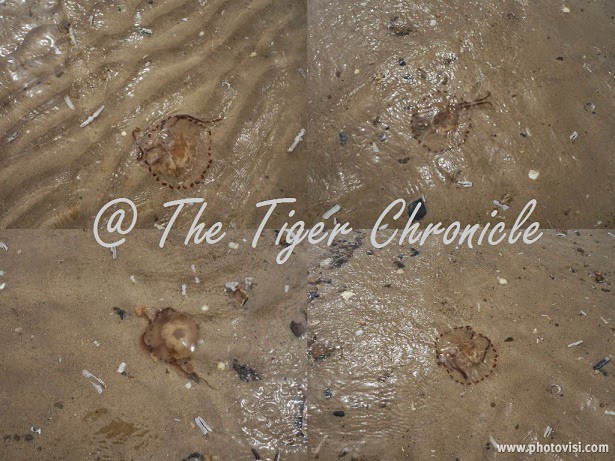 The compass jellyfish the boys were still alive, but we wanted to see what it would look like in its natural state, i.e. in the deeper water.


I then remember Tiger and I used to read a lovely story called Night of the Moonjellies, which tells about a boy's magical experience of seeing the moonjellies under the moonlight.  Unfortunately, our experience isn't as magical.   The squiggy and legless creature just doesn't appeal.


However, that doesn't mean that we can't learn about how jellyfish work, or about the moonjelly's life cycle,


or that the jellyfish isn't interesting in its own right:

More importantly, not only did we learn about the dangers of a jellyfish's sting, we now also know that its venom may have some medicinal value: