A History of Paper Making and Printing 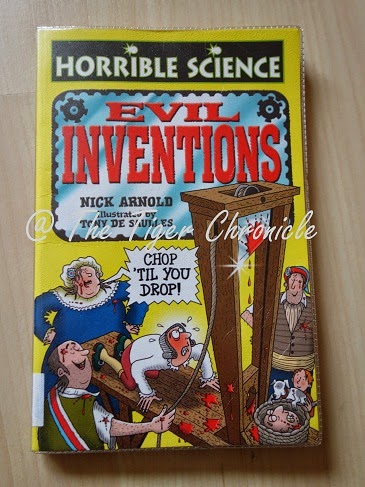 Inspired by Claire's very fine study of Gutenberg and His Printing Press, we followed suit to find out more for ourselves about this remarkable invention that improved literacy in the Western world.

We started by reading Gutenberg's story from the following books: 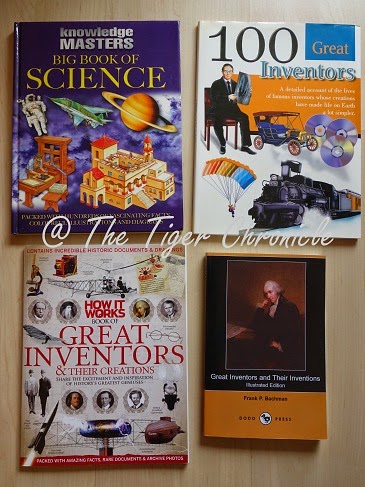 Some books only have a paragraph or so about the inventor and his invention.  We found the following to be particularly informative: 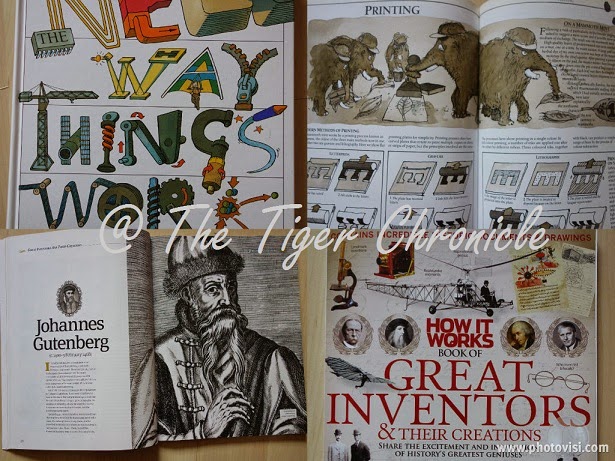 The two videos recommended in Claire's post are also very useful.  The first gives a short overview of Gutenberg and his printing press:


We particularly enjoyed watching Stephen Fry's investigation into the history of Gutenberg's motivation to invent the printing press:


Being part of a huge homeschooling community has its advantages.  There's always someone else who's interested in a similar topic at the same time as we are.  When an opportunity to participate in a 'history of printing and paper making' workshop at the world's oldest mechanised paper mill came up, we were only too happy to go along! 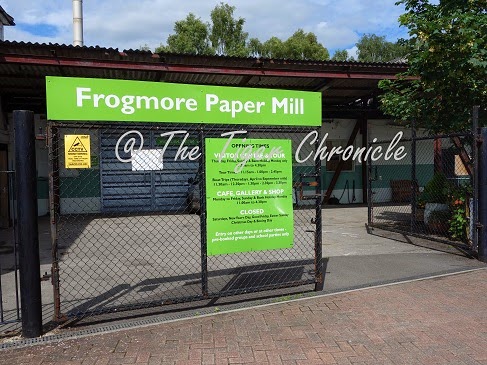 We were greeted with a short yet detailed presentation of the history of paper making and printing in Britain, and of the mill. 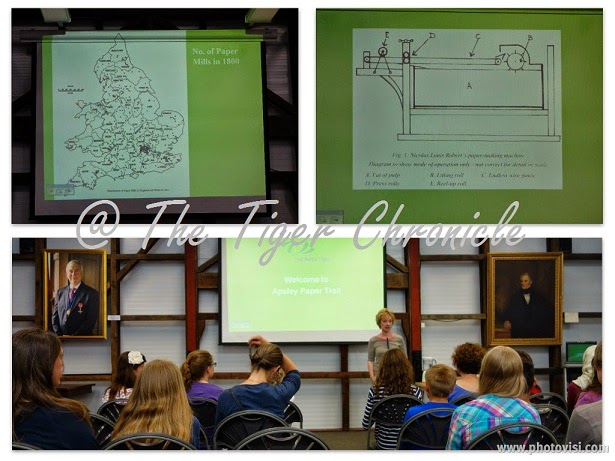 We then went on a guided tour of the mill.  The first machine we saw was the a paper making machine that is still actively in use to make paper. 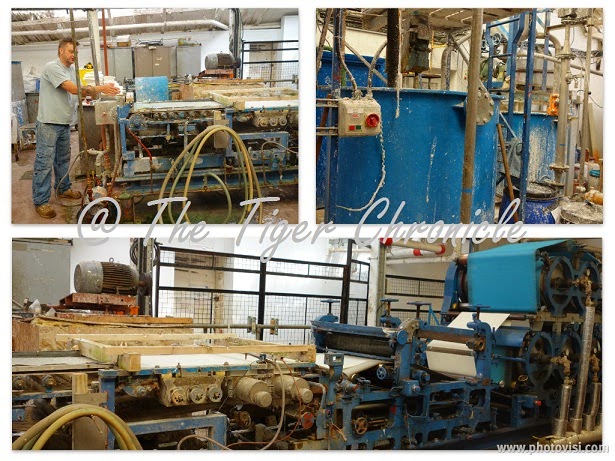 This machine uses all kinds of recycled paper and even elephant poo as source materials!  The machine was using elephant poo on the day of our visit, but it was certainly busily working away.


We also saw the Fourdrinier paper making machine, which was installed at the mill in 1902.  It's a huge machine.  We were told that when any of the drums needed cleaning, a worker would have to "dive" into the hole (see photo below) to get inside each drum.  Either people were much smaller back then, or they must've used children (child labour was very common in Victorian Britain) because the hole is very small. 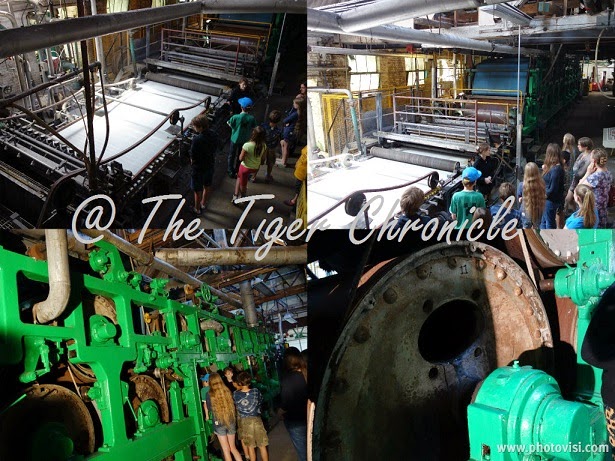 The Fourdrinier machine wasn't working when we visited but it is still in working condition, as shown below:


The foundations of the paper mill date back to the Anglo-Saxon period, and a previous mill in the same location has been recorded in the Doomsday Book.  We were able to see the Anglo-Saxon remains of the mill, which is the water wheel part that used to provide power to the mill before steam power was discovered.


Another part of the mill is dedicated to paper recycling, which feeds the pulp as source material for paper making. 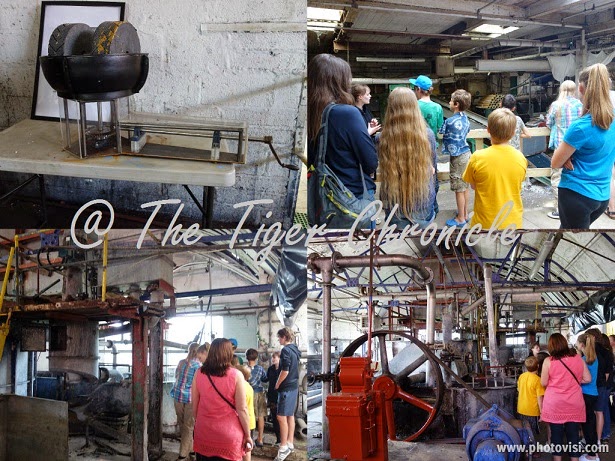 The pulper wasn't working when we visited but, like the Fourdrinier machine, the Watford Pulper is still being used on other days.


We were also given detailed explanation of original printing presses that were installed at the beginning of the 1900s, 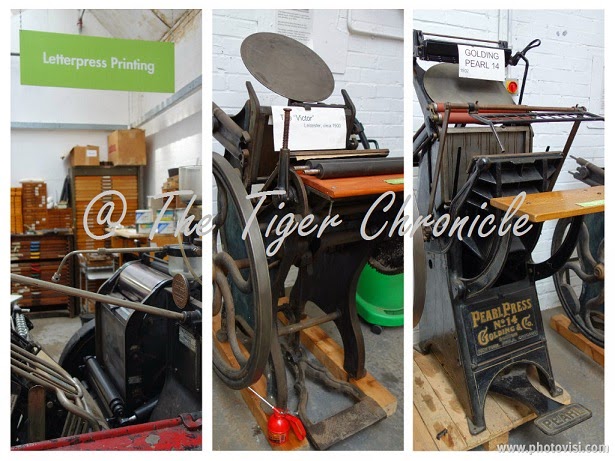 as well as the development of different type cases. 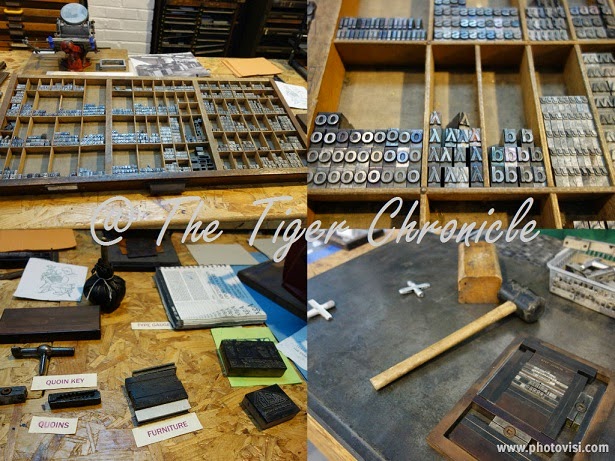 After the guided tour, we were given a detailed demonstration and talk on more about history of printing, engraving, paper making by a man who had worked in the mill since 1966, so he knew everything about every machine that was used in the mill and every step that took place in the printing process there.  We learnt much from his intimate knowledge of the mill and its processes. 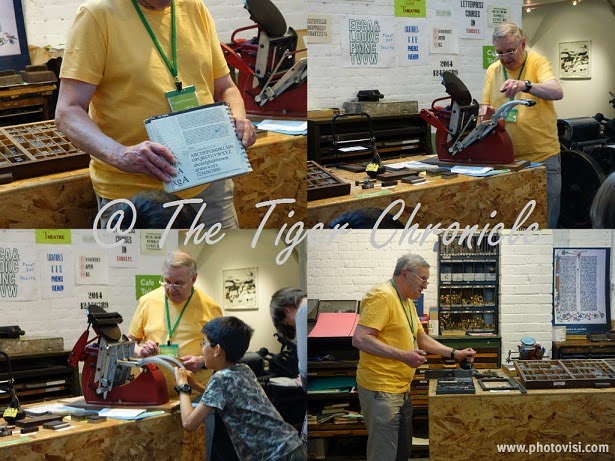 Another part of the workshop has to do with paper making.  Tiger has made his own paper before, but that hasn't stopped him from enjoying the process again, after a demonstration by the workshop leader. 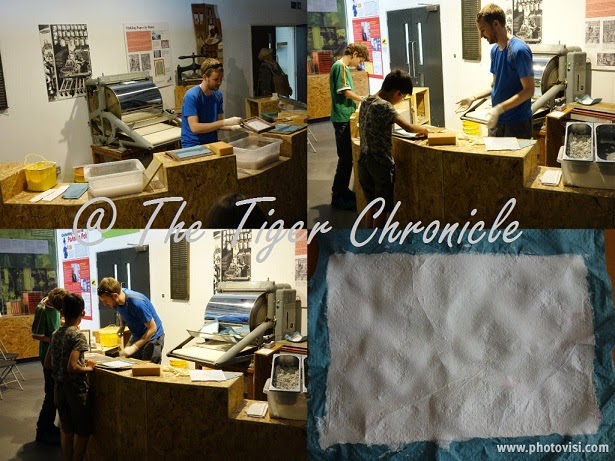 Tiger and I knew that the Chinese had invented paper making and printing a thousdand years before these methods reached Europe, so it was interesting for us to see this fact acknowledged in the exhibition gallery. 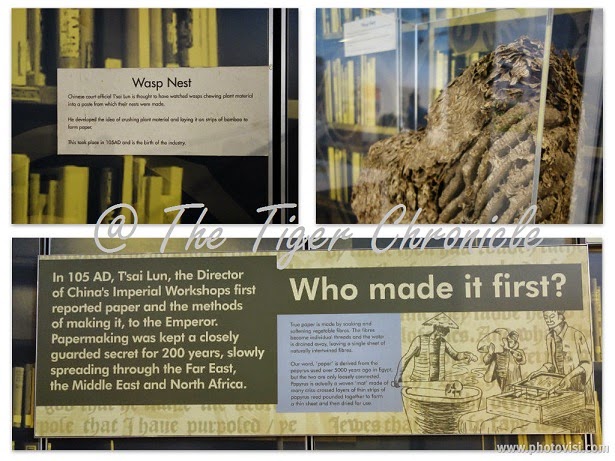 It was fascinating to read that T'sai Lun, who invented papermaking in 105 A.D., was inspired by how wasps make their nests, so we looked up the history of how papermaking was invented in ancient China:


Along with papermaking, printing technique was also invented ancient China, the basic method being individually engraved characters lined up to be printed on papers.  The same principle is used by the Western letter printing method.