A Cut Above the Rest

We went to the Tate Modern to see Matisse's Cut-Outs exhibition. 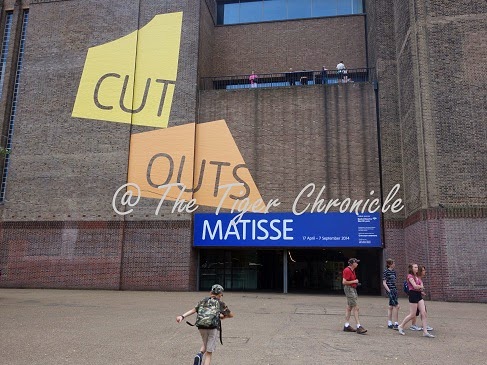 Matisse had a very long art career, but it was in the last 10 years of his life that he focused on collage work, which became his best known works.


When we got home, Tiger read up on Matisse's biographies and discussed the works we saw in the exhibition using the post cards bought at the exhibition.  We discussed Matisse's use of colours, his placements of the various shapes, and his use of representational shapes.  Tiger says his favourite pieces of work from the exhibition are the Large Decoration with Mask, followed by The Sheaf. 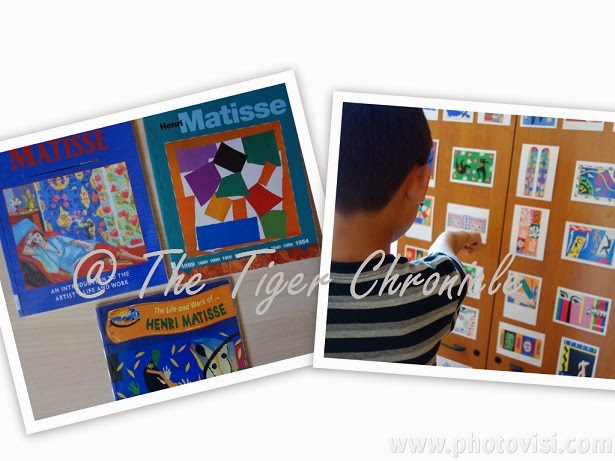 While seeing the original works gave us a good personal experience with the artist's creation, we found the following video very informative in helping us appreciate Matisse's collage work at a deeper level:


I wanted Tiger to practise some discipline in his collage work so I gave him a sticker book that requires him to replicate six pieces of Matisse's collage work.  At first, Tiger thought that the exercise could be completed very quickly because the sticker book looked  like it is meant for preschoolers.  However, as he started on the work, he soon found that duplicating a master's work accurately isn't such an easy task afterall.  The level of concentration required to reproduce masterpieces proved too much for Tiger after a while so he took two days to complete all six pieces. 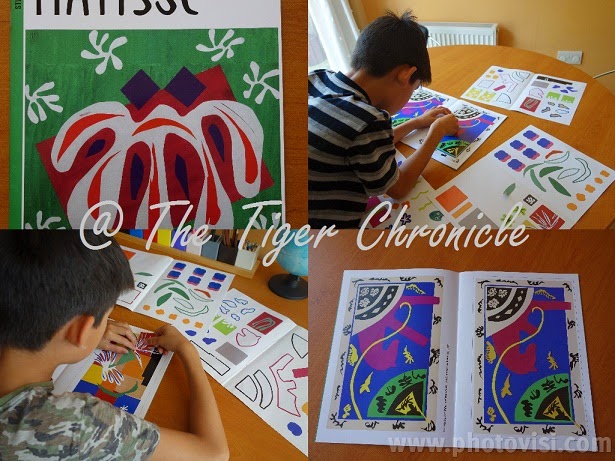 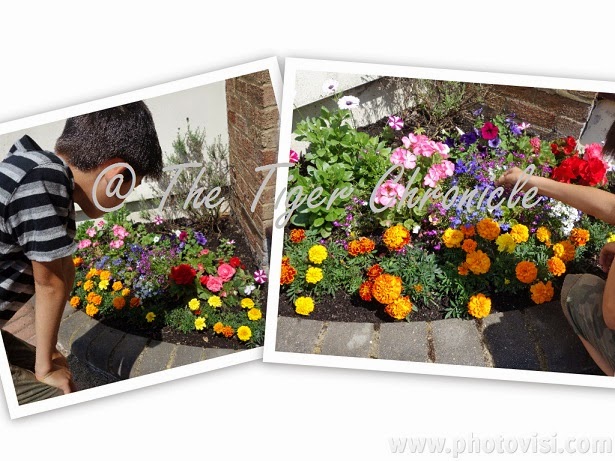 Once Tiger had his ideas formulated, he started work.  In the spirit of emulating Matisse, Tiger used the biggest pair of scissors in the house and cut the shapes out directly, without any preliminary sketching.

The only suggestion I offered Tiger was to keep using the postcard copies of Matisse's work as his reference.  Once Tiger cut out all the shapes he wanted and arranged them in the way that reflected the ideas he had, he then made a few more changes to the arrangements on the paper before the cut-outs were finally glued down. 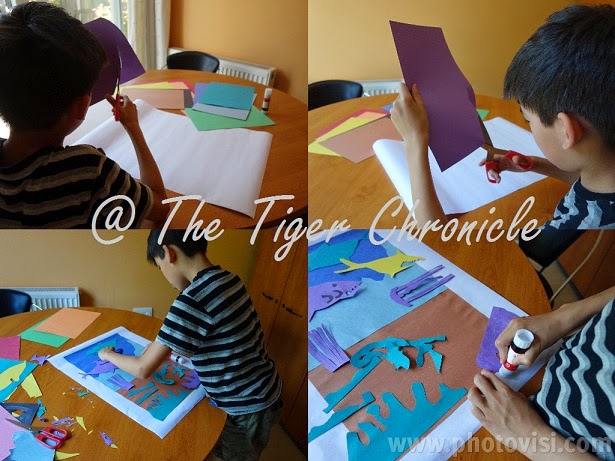 Here is the happy artist with his work: 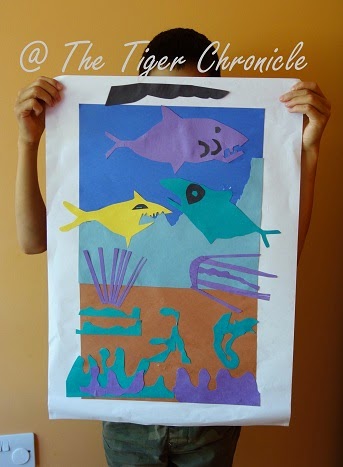 Has anyone noticed the influence of our brief encounter with the jellyfish a week or so ago?


When Tiger showed me his final product, I was quite impressed because: