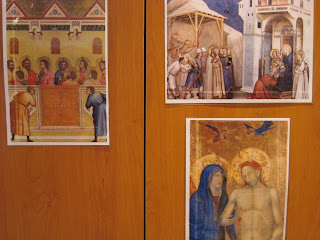 In an attempt to understand more about art in the Middle Ages, we looked at Giotto, who is now known as "The Father of Western Art".   We did not find much information about him apart from the short paragraph in Discovering Great Artists, as well as from the following book: 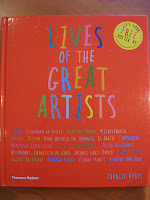 It was not until we had watched the following documentary about Giotto that we had a better idea of his life, his work, and the period during which he worked:


The project Tiger did this time was painting, but the interesting part was making his own egg tempera.   We found a box of old chalk to work with.  Tiger selected the colours he wanted to use, then ground them into powder. 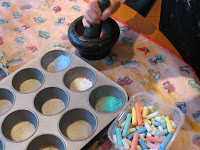 Next came the egg separating process -- only egg yolk was used to mix in with the powder. 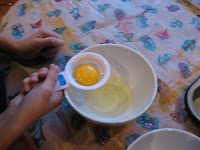 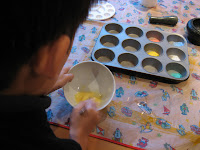 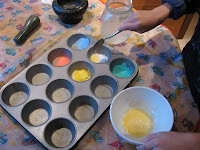 Since the main goal of this project was to have a taste at making our own egg tempera paint, the subject matter of the art work was secondary.  Tiger chose to paint a portrait.

He started with an inital pencil sketch, but soon became a little frustrated at not placing the eyes on the face in the right place, so I quickly showed him the standard proportions of a face used by artists.  He adjusted his sketch based on those proportions, then proceeded with applying his homemade paint. 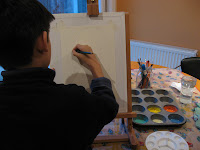 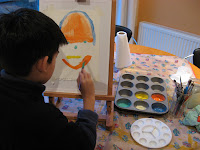 The egg tempera was noticeably less drippy than other paints that Tiger has used before.  As some chalk pieces were not grounded as finely as the rest, they added an interesting texture to Tiger's painting.

He was very satisfied with his painting but he decided, upon completion, that he could see a dragon emerging from his painting.  I liked his choice of colours.

This post is linked up to several blog hops and to the Relevant Edition of the Carnival of Homeschooling, where you can visit to see what other homeschoolers have been busy with. 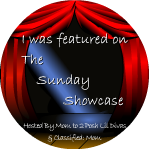