Another look at illuminated manuscripts 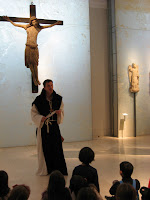 After our earlier attempt at producing illuminated manuscript, I said I was going get us to do more.  The more I look into the topic of illuminated manuscripts, the more fascinated I become with this labourious process of producing such masterful pieces of work.  I can even see the link between this medieval practice that began in the monasteries and the illustrated journals of present day. 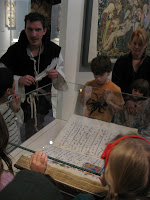 There are a few places in the UK where you can go and look at actual medieval manuscripts.  Our research brought us to the V&A Museum in London.  Our trip there coincided with a workshop on medieval art, with a specific focus on the manuscripts.

The workshop was guided by an actor dressed up as a monk.  He gave the children a short guided tour in the Medieval gallery, while interweaving Norman/Anglo Saxon monastic history into the tour as he pointed out significant pieces of art work. 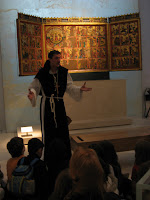 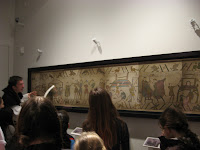 After the tour, the children were given 30 minutes to try their hands at illumination, using real quill pens, ink, brush and metallic paint. 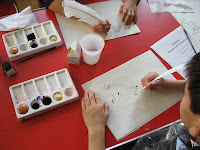 Being an extremely sociable child, Tiger often cannot concentrate on his work in a group setting.  In the presence of other children, he would be more interested to talk to them and/or to look around to see what everyone else is doing -- anything but completing his own task.  Hence, his work in a group setting often show a lack of concentration.  Well, at least I can console myself that I need not worry about Tiger's ability to socialise and make friends! 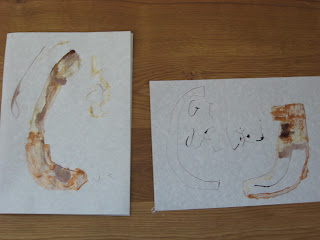 While Tiger was socialising, I had a go at the exercise too.  Admittedly my output was not great either, so maybe I should not be too critical about my son's work: 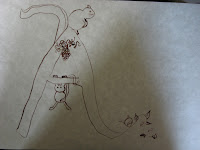 The next part of the workshop incorporated drama.  The children were split into three groups to act out different scenes of the Norman/Anglo Saxon period: (1) the decision of the Angles and Saxons to come to England, (2) a day in the monastery, and (3) the Saxon reglion.

It was an interesting experience for Tiger as it was his first time acting, in the sense of being coached by a professional actor, being given lines to read and having scenes to act out with other children.  We were introduced to drama terms such as still scenes and improvisation.

Tiger found acting to be unnatural and was not too keen about some of the scenes that he had to do, but he participated in the entire session nonetheless.  Back at home, we discussed about the requirements of an actor, which is basically to try to become the character that he is given while he is on stage.  Having understood this point after our discussion, Tiger seemed to be happier at the prospect of future drama opportunities. 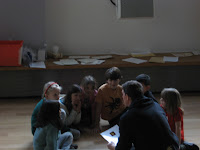 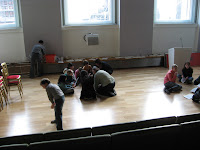 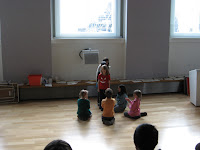 After the workshop, Tiger and I headed back to the gallery to have a proper look at the copies of the various manuscripts there.  Truly, we need to get more inspiration from the masters! 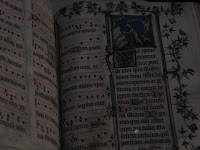 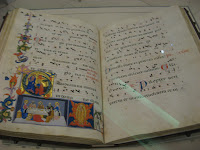 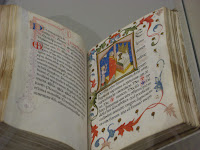 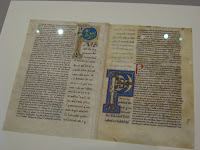 While we were there, we also took the opportunity to look around the Gothic gallery, to learn more about the specific features of this period in art history.  Gothic art is especially relevant to us at the moment since we have recently studied Giotto. 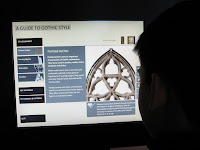 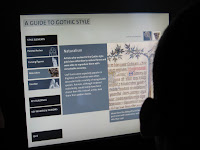 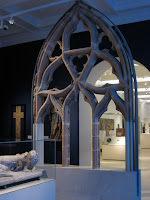