No Two Days Are the Same: Tuesday 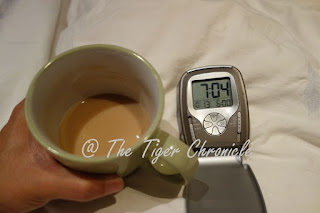 I was woken up at 6:50am this morning by my husband who brought me a hot cup of tea in bed.  We chatted for ten minutes until he left for work at 7am.  I sipped my tea for a few more minutes before getting up to spend 30 minutes on the exercise bike while listening to The Book Thief. 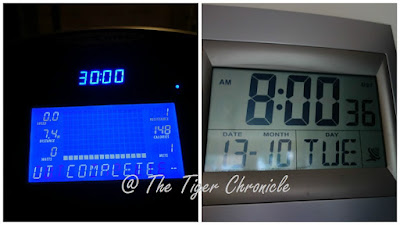 It was 8am when I came back in.  Not a sound in the house so I had breakfast and started to write the post about yesterday. 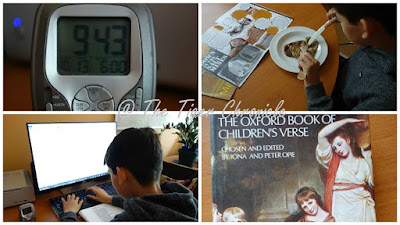 I heard stirring from upstairs at 9:40am.  I have almost completed my blog post so I stopped what I was doing to make some pancakes for Tiger.  Like yesterday, Tiger spent the morning completing homework from his poetry class, which consisted of researching into the poems of Christina Rossetti and Wilfred Owen.

Meal times are not too exciting when daddy is not around, so we had a 'working lunch' where we watched clips from BBC Nature on the birds and small mammals that we saw on our nature walk last weekend.  I had two boiled eggs for lunch so there was a lot of time for me to put together my menu plan for the week. 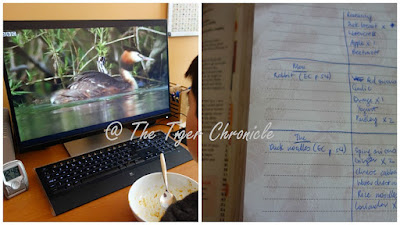 We took a half-hour break after lunch before resuming lessons at 2:15pm.

Since we forgot to start with memory work this morning, I made that our priority in the afternoon.  Most of the poems that were recited yesterday are in the "weekly" folder, which means that they need to be recited only once a week.  Therefore, Tiger only worked through the following poems today: 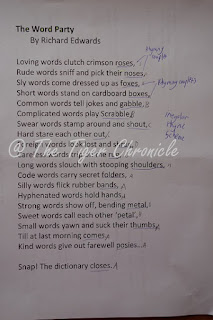 When Tiger starts to work on memorising a new poem, I usually ask him to read it out loud first so that we can both listen to it.  Normally that is enough for him to pick out the basics such as rhyme, rhythm and structure.  This afternoon Tiger identified the rhyme scheme and the rhyming couplets from The Word Party.

We then moved on to oral narration where I read a chapter from The Story Book of Science and had Tiger tell it to me back, in his own words. 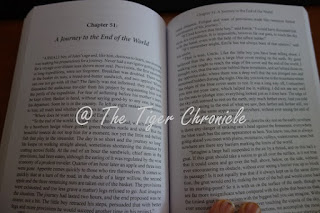 This would have been a quick five-minute task for Tiger were it not for the customary "Why do I have to do this?  Can't I just listen or read it to myself?"  We had been through this Q&A session many times before and he knows exactly why I insist on having him narrate after one reading.  However, I must admit that the level of concentration required for a successful narration is immense so I do understand why anyone would rather not do it if they have a choice. 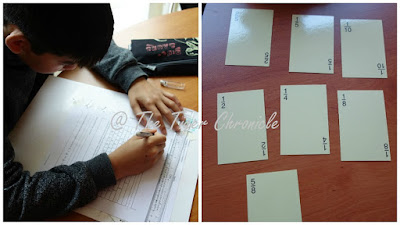 Maths was next on this afternoon's school menu.  Today Tiger worked on fractions from RightStart Level E.  The lesson was more of a revision for him but as he completed it so quickly we had time to play two rounds of fraction game which helped to improve his mental accuracy.

After maths we headed out for Tiger's weekly table tennis session where I usually sit in the waiting/viewing room and read while the session was going on. 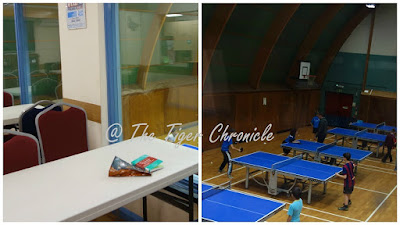 It was 6pm when we arrived home.  I started to cook dinner while Tiger alternated between fixing his remote control car and watching a documentary about animals that burrow.  When dinner was stewing for 15 minutes, I used the time to do a rapid dusting around the house. 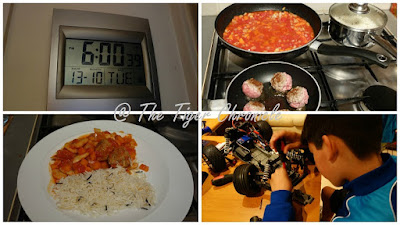 By 8:30pm, Tiger had had a shower and was in his dressing gown, getting ready for bed.  Seeing that I was baking a cake for tomorrow, he decided to stay downstairs to draw a helicopter while following his go-to online drawing instructions. 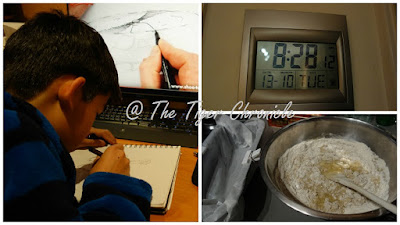 At 9pm, my husband came home.  He is back late tonight as he met a friend after work.  The cake batter is in the oven by now and Tiger has finished his drawing, so all of us had a good chat before the boys spent some time together (fixing the shower and Tiger's remote control car) before Tiger went to bed.

I, on the other hand, had the pleasure of ironing.

I am very glad, though, that I have caught up with the post for today!

Email ThisBlogThis!Share to TwitterShare to FacebookShare to Pinterest
Labels: our days, poetry