No Two Days Are the Same: Friday 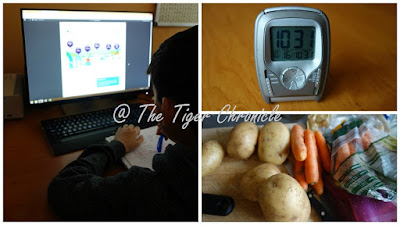 Despite saying last night that he would have a major lay-in today, Tiger actually set his alarm clock for 7:45am and got himself up at that time!  However, I didn't get up early today so once again, our expectations of each other are not quite synchronised -- more work needed there!

We had breakfast, completed our long-than-usual morning chores (we have a few additional chores on Fridays), and settled down to start work at 10:30am.  Tiger started on the second part of his science homework which involved researching on and writing about how clean drinking water gets to UK homes.  As usual, I asked him whether he needed my help.  When he said no, I went to the kitchen and started cooking lunch because last night's dinner was so well received that there was none left for today's lunch.

Tiger completed his research and wrote his report on the water treatment process.  He then brought his completed report into the kitchen and read it out to me.  It was spot on.  No mistakes at all.  I then asked him to prepare for his class this afternoon by looking through the topic, photosynthesis, as we waited for lunch to be ready.

Lunch was ready at 12:15pm.  Pan-fried venison with blueberry sauce served with mash and steamed vegetables (a modified version of this recipe).  Yum! 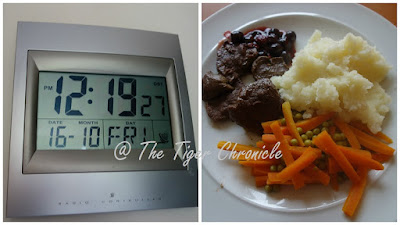 The rest of the afternoon was taken up by science class.  It is a small class attended by five children.  Two of them were absent this afternoon so it was almost like a one-to-one tutorial today. 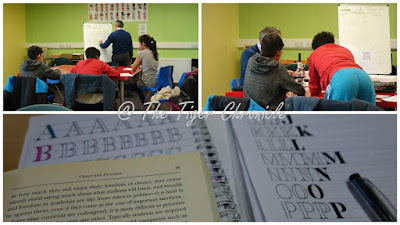 I sat at the back of the class as usual, half listening in on the lesson.  Most of the time I read but the science class is always quite lively because of the many hands-on experiments and I find it difficult to concentrate on what I am reading.  When that happens, like it did this afternoon, I work on something else that requires a different type of concentration, such as drawing or hand-lettering.

During the 10-minutes break this afternoon, Tiger's science teacher was interested to know what I was reading because he has seen me reading the same book for weeks.  I showed him the title page and he became interested to know what a liberal education is.  I tried to explain it to him but felt that I have had a failed elevator speech moment.  He is an ex-school teacher and has a young son who attends elementary school, so if I have not explained the concept clearly (I don't always feel up to it), perhaps I have piqued his interest such that he may look into it more closely at his own time. 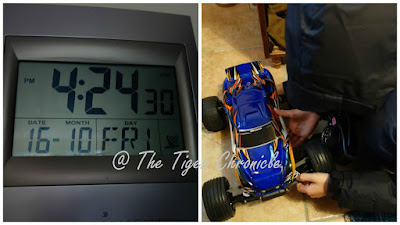 We arrived home around 4:15pm and my husband took Tiger out to a nearby skate park to play with the remote control car.  Meanwhile, I start drafting the blog post for today and changing the all the sheets in the house -- Fridays are all-sheets-change day so every towel, hand towel, bed sheet, pillow case, etc go into the laundry basket.

The boys came back in time for me to take Tiger to his swimming lesson. 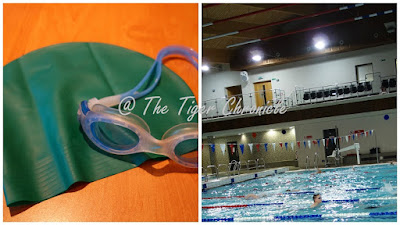 It is 8pm at the moment, and we are just about to have dinner.

Next week, according to my calendar will be somewhat different from this week, so it is true when I say that no two days are the same for us.
Posted by Hwee at 8:05 pm