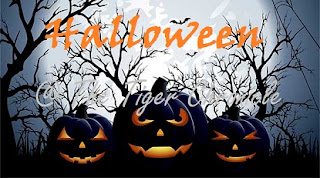 Last year I made an attempt to wean ourselves off the neigbourhood trick-or-treaters by making it a low-key event that involved just us, indoors.  I neither put our pumpkins outside nor put any decorations out.  Still, they came knocking on our front door, and I had to tell many small, disappointed English witches/wizards/ghouls/zombies/vampires that I was not celebrating Halloween.... I felt like a total villain by the time I said that to the tenth junior vampire who appeared outside my front door.

This year, to redeem myself, I decided that we would be better prepared for the trick-or-treaters. 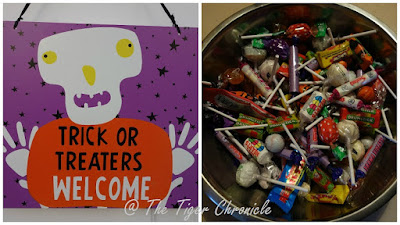 We started preparing our pumpkin yesterday.  I used a marker pen to draw Tiger's chosen template onto the pumpkin before he proceeded with carving it to the music of Mussorsky. 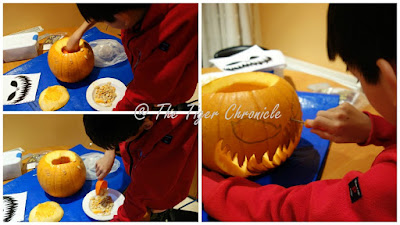 I must say that we are very pleased with our pumpkin this year.  We think it really captures the essence of the spirit of Halloween. 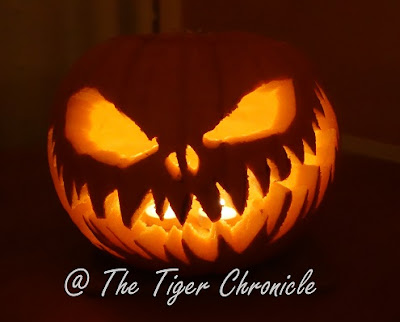 After we had enjoyed the roasted pumpkin seeds, I put the Jack-O-Lantern out while Tiger decorated the front porch in preparation for night fall.  My husband even donated his car for a few hours to let a skeleton sit in the driver's seat, which totally scared a little four-year-old witch who refused to let go of her mother's neck when she spotted it. 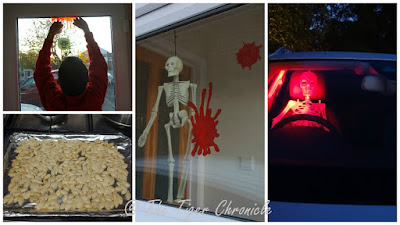 All went really well this evening.  We were graced with visits from over 30 young English witches/wizards/ghouls/zombies/vampires, resulting in the sweets being nearly all taken.  We were all enjoying giving the sweets away when, about 20 minutes after nightfall, I noticed that our pumpkin had disappeared!

I thought it might have rolled off the front step -- which is quite impossible to begin with since it is huge and heavy -- so I looked for it all out at the front of the house, but I could not see it anywhere.  Since I was not expecting anyone to take our pumpkin away, I only bought one this year.  For the rest of the evening, we had to rely on our milk jug ghost to annouce to the neighbourhood children that we are playing Halloween this year. 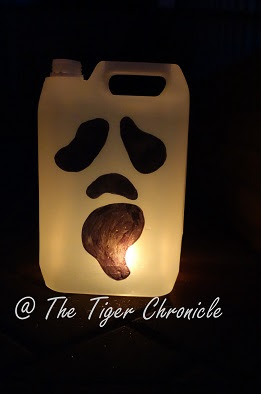 How bizarre it is to have a Jack-O-Lantern stolen on Halloween night!  This has never happened before so we are all quite perplexed by the incident.  Who would do something like this, and what can anyone do with the pumpkin after tonight?  The pumpkin is neither expensive nor particularly difficult to carve.  Our conclusion is that the foxes living in the nearby woods must have carried it off to their dens to have their own Halloween celebrations, or maybe the cats might have done so... 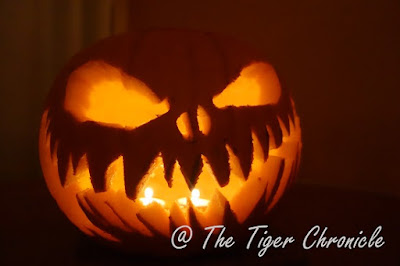