Lighting His Own Fire

Some of you may have noticed that things seems to have slowing down here, at least in terms of my blogging about it.  Specifically, there has been a 'mysterious' two week break between my post about the water cycle experiments and that of Henry III.

Something is changing around here.  We are not doing as much as we did before -- that's how it feels to me anyway.  It feels as though we are not producing as much or as quickly as before.  Are we becoming slow learners... gasp!?

Another clue: has anyone else noticed that Tiger seems to be wearing the same camo clothes in most photographs? 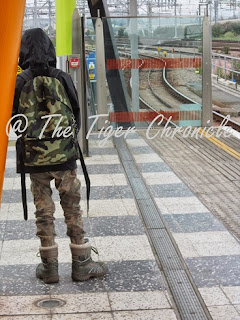 No, you haven't seen it wrong.  Tiger lives in his camos, although he has more than one set of camo clothes, mind you, so he is not wearing the same clothes everyday although that must be very difficult to tell because camo prints tend to look the same (to me, anyway).  He has:
The boy loves his camos.  Now I need to find camo underwear and camo bedsheets to complete the look and I am just waiting for him to ask me to paint his room in camo shades.

What does this mean?  Isn't it just a normal nine-year-old boy's fascination with camos?

I thought so too, until I tried to piece together other bits and pieces of observations I have been making since July, to understand why we are currently working in such a "slow" pace.

Come to think of it, the trend had started before the summer holidays but had only became obvious to me when I let go of having daily lessons so that Tiger could be more say in how he wanted to spend his summer.  Other than going on holiday and working through the Art Summer School, Tiger was most often engaged in the following activities:


Tiger has a bookshelf in his bedroom which he has been adding to at an alarming rate.  The shelf used to be filled with books from BFIAR and FIAR booklists, to be read as his bedtime stories.  This summer, Tiger has been picking out war/weaponry related books (see photo above) that I have had to pack all the previous FIAR books into storage to make space for these new books that he actually reads before bed and when he wakes up. 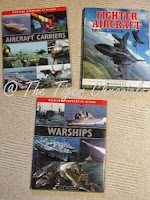 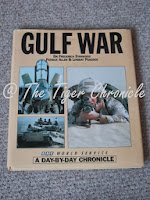 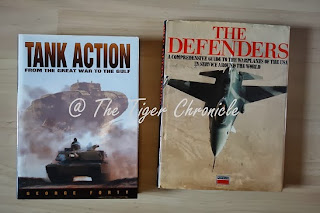 Seriously, who reads books like these for bedtime stories?!  Being the skeptical mum that I am, I flipped through the books and asked Tiger random questions about some parts of the books, just to make sure that he has actually read them and not just fibbing by looking at the pictures in the books.  Unbelievably, the boy has actually read them all, not just once but several times, evidenced by his ability to reference the exact page number of certain pieces of information that he gave me.


2.  Teach himself.
This is not new.  We watch documentaries all the time, but Tiger seems to have taught himself modern history (at least the military aspects of it) by watching the following since the summer:
While watching the documentaries, Tiger reenacts the battle scenes and war strategies shown on the screen with his toy troops. 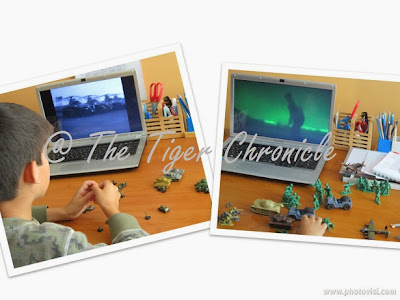 I am quite amazed to see him finding his own hands-on way to engage himself in his learning.  I would not have been able to lead him to this due to a lack of expertise and interest on my part.

There is no curriculum for this, as far as I can tell, not for a nine-year-old anyway.  Hence, all of this is done oout of Tiger's own initiative.  He decides for himself what he wants to learn (i.e. which documentaries to watch - after seeking parental approval for each documentary), when he wants to learn, and how he learns best at the present moment (through staging the battle scenes rather than writing reports).


3.  Find ways to apply knowledge.
It is still an ongoing process, but I find it interesting to see what Tiger does with the information he is absorbing from the documentaries and books.  When his deep interest in military history became glaringly obvious in the summer, I was slightly concerned about whether Tiger was watching the above documentaries for entertainment, likened to brain-deadening TV watching.

However, my fears are allayed when I see how Tiger is finding different ways to apply what he is learning:
a) Through different strategy games
i) Battleship 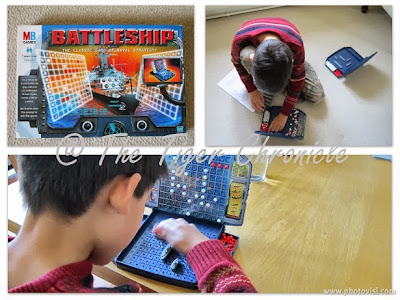 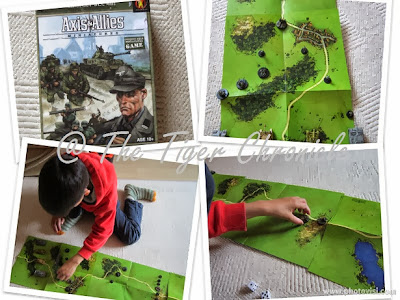 iii) Chess
Tiger continues to attend his weekly chess club where he is coached alongside county players.  Even though chess has long been regarded as a strategy game, I was still surprised when Tiger explained to me, after a particularly successful session when he was the Undefeated-Champion-for-the-Night, that he applied the battle strategies he has learned from the books and documentaries to defeat the county players. 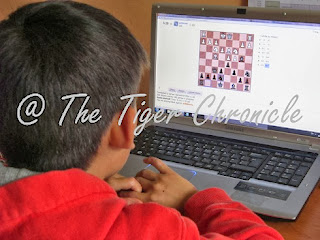 b) Through reenacting multiple battles
The first thing Tiger does on most mornings before breakfast: battles. 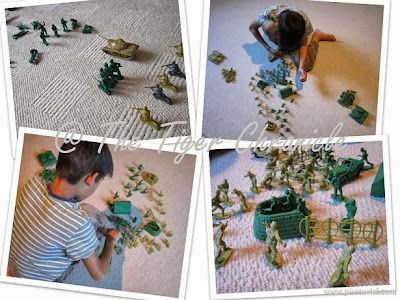 When there's  a break in-between lessons at home: battles. 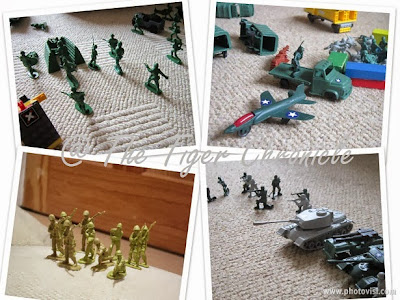 If he's not doing something with Tortoise after dinner: battles. 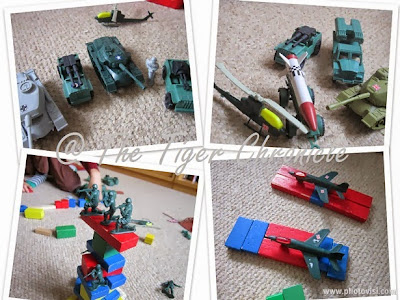 c) Extending activities through battles.
I should know better than to second-guess the value of play, but when Tiger spends most of his time playing at the battles (which helps to explain why we aren't getting much else done in terms of "tangible output"), I feel I need more than blind faith to know that he is not simply wasting his time.

Luckily, when an adult looks hard enough and pays close attention to the child at play, she is very likely to find meaning in all of it.

i) Maths
How does maths come in?  I wasn't expecting to see this either, but Tiger has learnt the relationship between speed, distance, and time through his battles.  As his play becomes increasingly complicated -- with his invention of complex rules of engagement -- he needs to know how to calculate accurately the distance between his missle launch and its reach, how quickly troops can move before they engage in a face-to-face combat, etc. 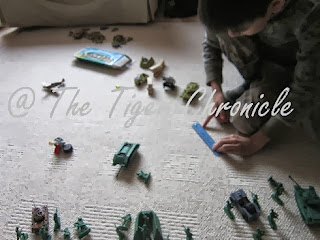 Precise calculation is crucial in this case because an inaccurate move can have dire consequences, such as having to suffer the intolerable humiliation of being defeated by one's mother in a military showdown... 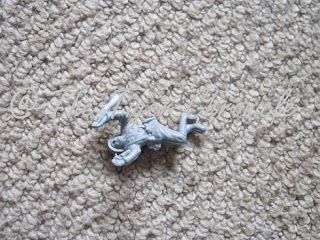 ii) Cartography
Tiger doesn't always use the maps that come with the soldiers sets.  Instead, he often prefers to draw his own map for the settings of his battles. 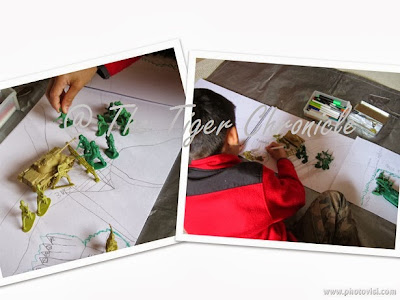 iii) Photography/filming
When Tiger is not too busy fighting battles, he takes photographs of the scenes with the intention to turn them into a stop motion film. 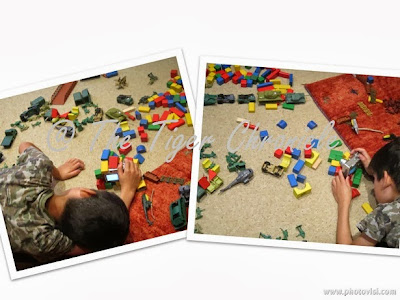 4.  It matters to him.
How do we know that it is a passion and not just a flight of fancy?  Besides the slightly obsessive, all-consuming nature of the child's engagement with the activity, probably the most revealing key is that the activity means a lot to the child.

"The most powerful weapon on earth is the human soul on fire."


Several weeks ago we were scheduled to attend a full-day history workshop.  The night before Tiger had a sudden fever so I decided that there was no way he would be well enough to go anywhere the next day.  As expected, Tiger was very upset as he went to bed that he was going to miss the workshop.  The following morning, he woke up unusually early (at 6am) to get himself ready to attend the workshop.  Unfortunately for him, the fever persisted so he had to stay at home.  For two hours he tried to convince me at 15-minute intervals that he was well enough to go. The poor boy burst into tears when his hardhearted mother said a resolute "No, you have to stay at home and rest."  I don't know of many children who would cry about missing a day of school.  Do you? 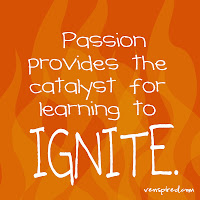