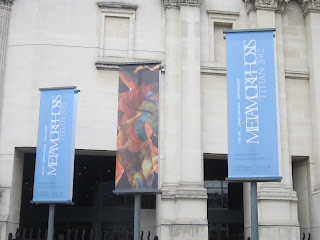 We decided to go and see Titian's exhibition at The National Gallery before it ended.  It was an interesting exhibition, very different from the ones we have visited in the past, in that this one consisted of various collaborations acorss different artistic fields (poetry, dance, drama, and visual arts), so we were in for a visual feast.  The visit was interesting for Tiger to see how Greek Mythology has inspired so many different forms of artistic interpretations.

Since the exhibition was based on Ovid's epic poem, Metamophoses, Tiger read a retold version of it to get a better understanding of the themes of the exhibition. Most of the stories in the poem were known to him from previous readings of other versions of Greek myths, but I like this particular version for its beautiful (and somewhat scarily realistic) illustrations and the author's attempt to stay true to Ovid's original cyclical poetic style in a few of the stories. 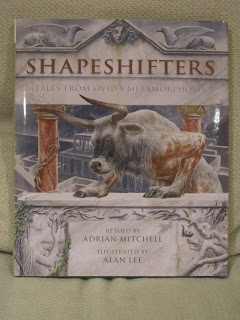 Again, we had our mini-gallery-on-the-cupboard-door at home, with Titian's work posted on it for the month, so that Tiger could look at them from time to time and be ready to narrate and discuss them during one of our art sessions together. 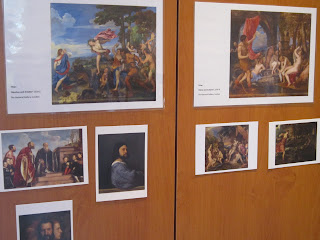 Alongside narration and the gallery visit, we did some research at home using the BBC Your Painting site as well as a few books. 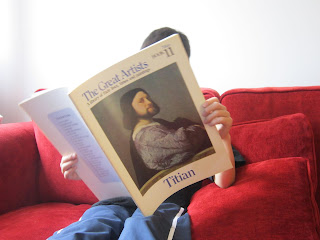 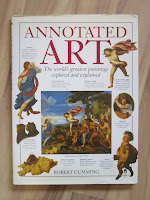 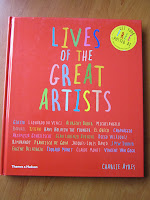 Give Titian is known for his realistic portaits, it is very difficult to expect a child to create an art piece in that style so I asked Tiger to create as realistically as possible, a heroic figure of his choice.  He took five minutes to complete the assignment.  So much for following in the footsteps of the Old Masters!  The drawing is full of character though. 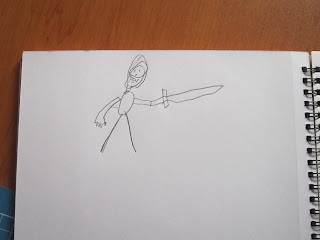