Surcoat and Richard I

Nowadays Tiger has more say in how he wants to learn.  Instead of trying to do every project in SOTW 2 Activity Book, Tiger gets to choose which, if any, he feels would add to what he is interested to learn.  Unsurprisingly, he chose to make a crusader's surcoat to add to his collection of armour and weapons.

I cut up an old bedsheet according to measurements of Tiger's shoulder width and shoulder-to-knee length.  On one sheet, I drew the outline of the crusader's cross using a piece of red chalk. 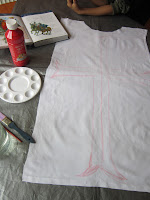 Tiger then filled in the cross with red tempera paint. 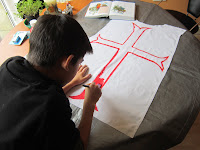 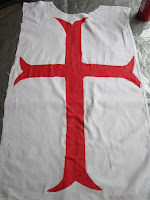 The final step is to stick two pairs of velcro (no sewing!) on each side of the shoulder pieces.  It worked! 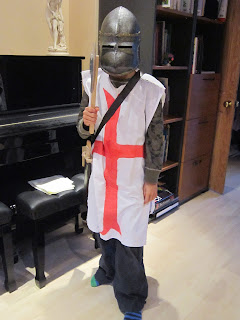 For history, we are currently in the 12th century where British History pretty much coincides with World History.  While we study the topic of crusade (which spanned nearly 400 years), we would inevitably encounter Richard the Lion Heart.  We watched the following documentaries:
We attended another reenactment set in the time of Richard I.  It was a whole-day event with (1) fighting scenes, (2) squires training ground, (3) archery display, (4) weaponry display, (5) gory medieval surgery, 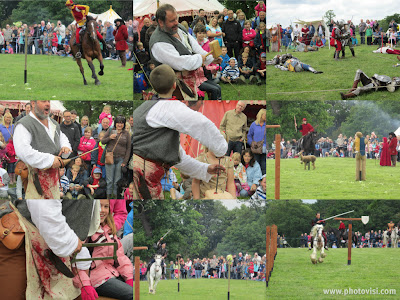 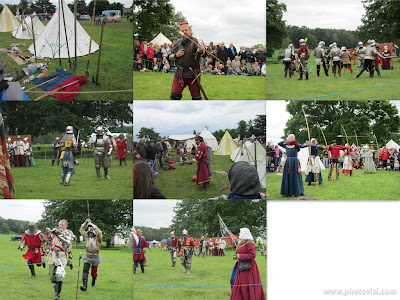 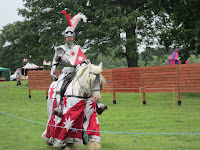 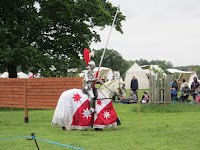 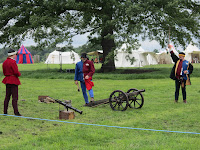 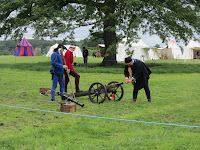