Learning to be free

The lesson is for me, rather than for Tiger.

Week 1 of Year 3, and BANG!  Immediately I was presented with the choice between (1) insisting upon following my perfectly laid out plan and (2) respecting Tiger's wish to direct his days and his learning.

Luckily for me, such resistance and cry for freedom occur at least once a year here, so I have learned (after an emergency consultation with the very wise Tortoise) to see each occurrence as necessary feedback to better align my efforts to suit Tiger's growing need for autonomy.

I decided to let go of my schedule for this week and see what happens.  My greatest worry is that the week will pass by without any form of learning taking place.  Let's see what has transpired this week when Tiger has been given free rein to organise his days:

1) Art - a more detailed version of these sketches can be found here. 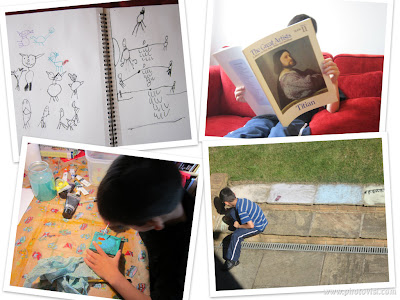 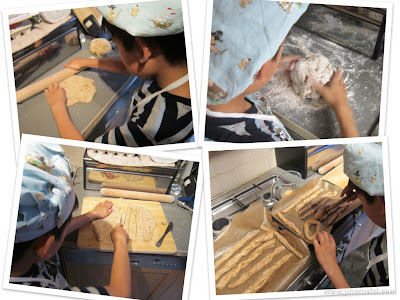 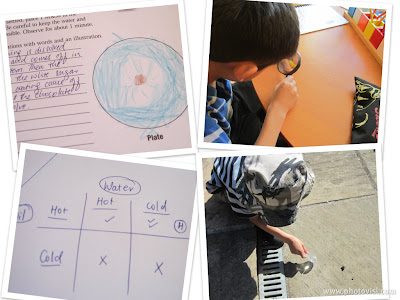 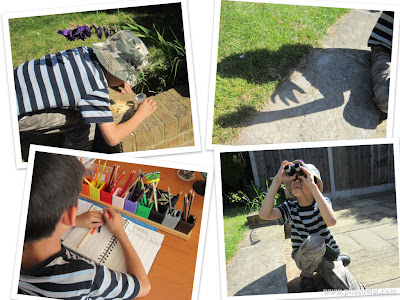 5) Classical Civilisations
Since Tiger has sustained his fascination with wars and battles for two years now, especially those that took place during Greek and Roman times, I thought it would be sensible to let him follow his interest in this area rather than hurrying him along history study just because I have boxes that need to be ticked.

When given the go-ahead to pursue his interest, Tiger watched these documentaries again this week:
He must have watched each one at least 3 times in the past, yet he still wanted to watch them again.  Why does he want to learn about the same topics repeatedly?  There is a clear motivation there, although where that will lead is not entirely clear to me at the moment.  When I am tempted to think, "What's the point of knowing about all these battles?" I console myself by thinking that a Military Historian is quite a respectable profession. 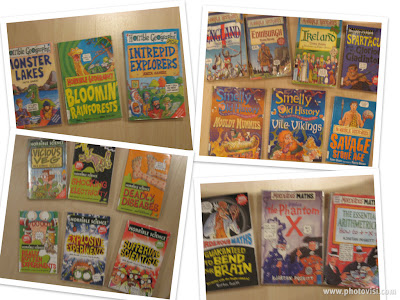 7) History/Literature
Tiger has read at least three different versions of the legends of Robin Hood, two of which are:
Like King Arthur, nobody knew whether Robin Hood actually existed, so we decided to find out by watching the Robin Hood documentary.

8) Literature
Tiger has read the entire story of The Chronicles of Narnia five or six times, so when I got wind of a superb theatre production of The Lion, The Witch, and the Wardrobe, I asked him whether he would like to see it.  To my surprise he at first declined, thinking that it would be a dumbed down pantomime shown to children.  He only became interested after watching a clip explaining the puppetry and design work that went on behind the scenes.

We made the trip down to Kensington Gardens to watch the production.  Tiger was mesmorised by the special effects and theatre work that went into this production. 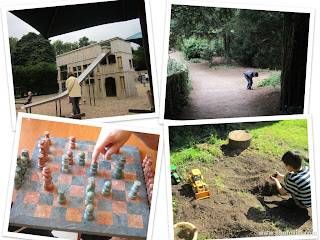 Ok, so the week hasn't been one based on idleness or loafing.  I clearly have much to learn about trusting my own son to know how, when, and what to learn.  What started out as a difficult first day was quickly saved by all of us being flexible, willing and able to negotiate, and meet at a common ground where everyone benefited.  That's the beauty of homeschooling - immediate response and application of required changes.

This is a summarised version of the various aspects of learning that took place in a week.  When I find the time to organise my thoughts and records better, I will write in more details about specific topics and observations.

Hope you have had a good week of homeschooling too!