Our study of British History and World History, that is. 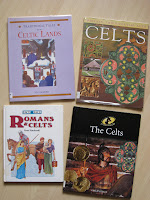 We do both world history and British history side-by-side.  Last year in World History, we explored the Ancient World; in British History, we covered the periods from the Celts to 1066.  This year in the first few chapters of world history we are rediscovering the periods from the late Roman period to the Anglo-Saxons and Vikings, all of which feel like a revision for us.  Therefore, we are covering these topics quite quickly, in contrast with our usual pace.

First, the Celts.  We watched a documentary on The Celts, which I think is very informative.  I read The Kingdom of the Celts to give myself more background on this very interesting group of people while Tiger read the books pictured here.

Another very well produced documentary that we watched was A Nation State by David Starkey.  This is the first part of his acclaimed Monarchy documentary series, which we intend to follow along as we go through the different periods in British history.  Although I don't agree with everything he says, David Starkey's programme is still, by far, the most recent and well documented account. 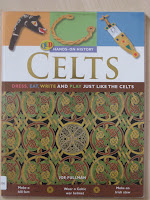 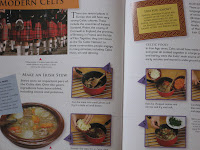 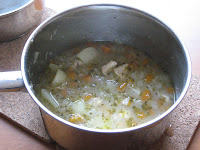 Of course, there is food -- the Irish Stew, taken from pictured activity book.  I am not convinced that the ancient Celts actually ate this (I suspect their version would more likely resemble the pottage than this very modern stew, since I don't think carrots and potatoes were readily available in England back then).  I am sure the ancient Celts would laugh their heads off if they were to see this very modern stew being used as an example of their food.  Nonetheless, it was delicious!